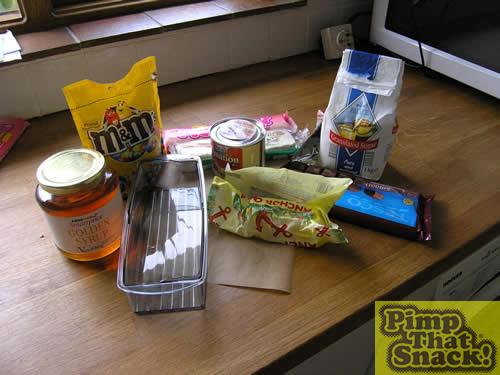 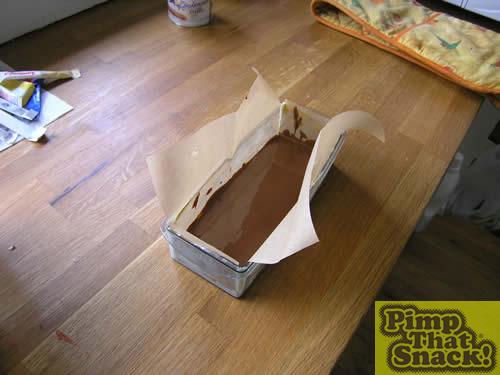 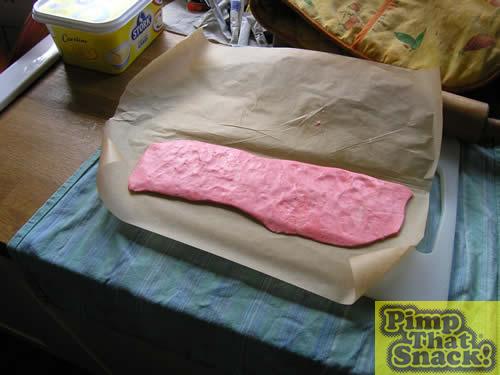 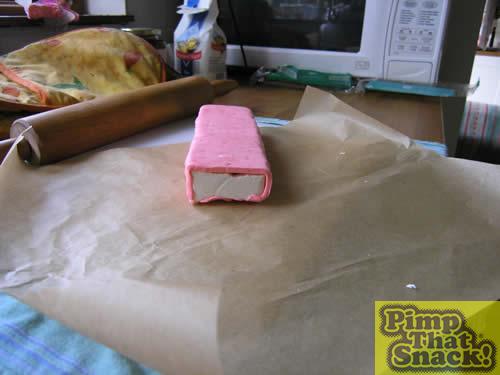 I heated the condensed milk in the copper pan until it started to thicken and turn light brown. I then added a few spoons of butter and two tablespoons of golden syrup to thin it out a bit so that it would pour between the peanuts, but why use ordinary peanuts. Pimps want something more colourful; something a bit more sexy to show off to their bitches. The only thing fitting was to use peanut M&M’s. I poured the M&M’s into the top half of the mould and then poured the caramel on top. It was like molten lava at this stage. Watch out kids! I think that the coating around M&M’s must be some kind of Kevlar as when I poured the 10 million degree caramel over them they didn’t melt. They didn’t even change shape! 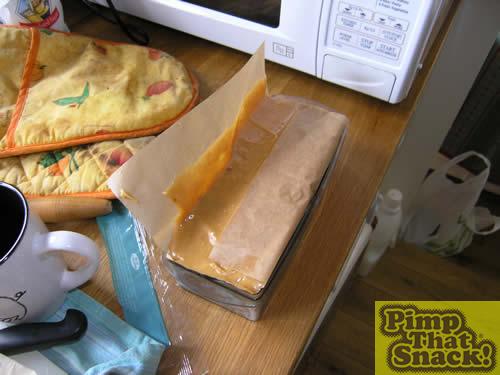 When the guts of the bar had set I pulled it out of the mould. This was a satisfying brick of naked confectionary. 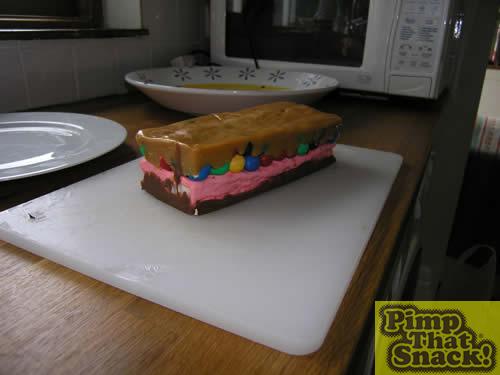 The sides were not quite square, so I plugged up the holes with some left over caramel so that when I poured over the silky smooth brown chocolate leather overcoat it would be smooth and even. All that was left was that thick pimp-jacket of chocolate, just like Huggy Bear used to wear in Starsky and Hutch. 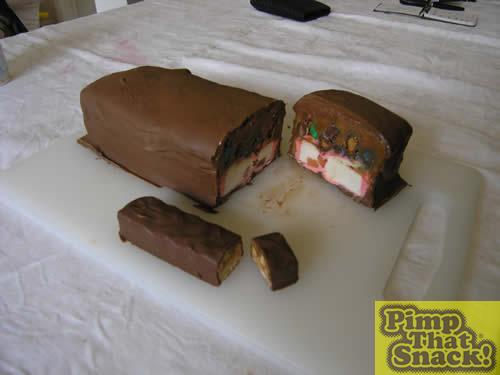 With it’s coat on it was finished. Since making the bar several real pimps have asked me for the recipe.

My girlfriend ate the end piece (shown in the picture) and had to be immediately rushed to hospital and given insulin. This bar is one seriously high calorie mother.