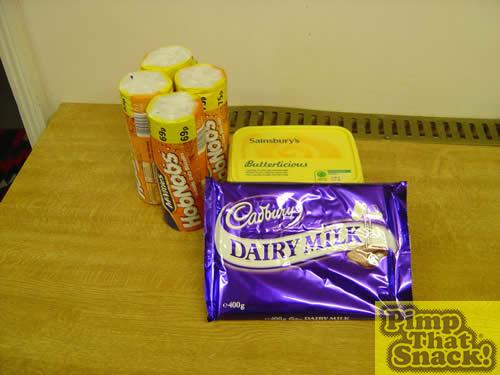 Tea and biscuits is arguably the quintessential English past-time, with the bad boy of all dunking biscuits being the chocolate HobNobs. But today we, the WMC have taken the dunkability to the extreme….it’s time to up the ante.

Initial feelings were that blending would be the speedy way to go, but this ended in tears. We then resorted to Thor’s Mighty Hammer and the arm of Jeezy, who proceeded to smash to ‘Nobs to oblivion in a bowl. 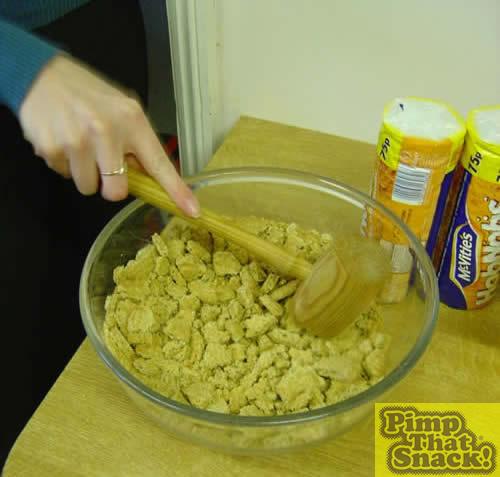 We used the power of a microwave to melt some butter which we added to the crushed ‘Nobs to form the uber knobbly crunchy biscuit base.

Step 3: Sculpting the biscuit of dreams

Phase 3 involved compressing the biscuity goodness into the mould in order to form the XXL HobNob. 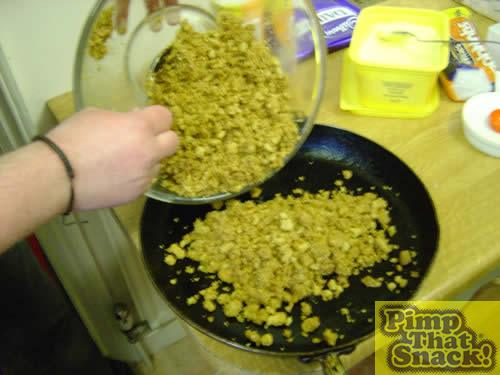 Once more Thor’s Mighty Hammer was employed in the process 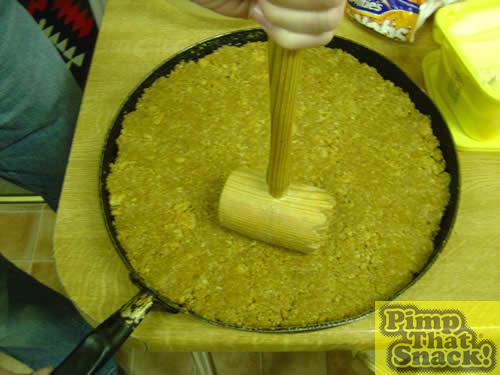 Once compressed the mould was left to chill in a fridge to gain some structural strength.

After an agonising 1 hour in which we found some time to BBQ some quality meats in traditional WMC style we teased the giant Nob out of the mould with a few persuasive taps and an almighty wallop, resulting in out first size comparison. 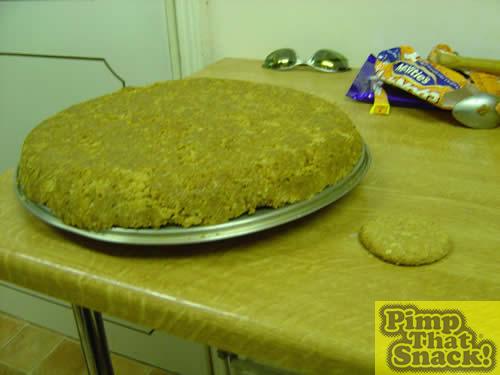 After an initial melting school boy error, we called Grandma for some tried and tested techniques, producing the glistening chocolatey goodness as seen below: 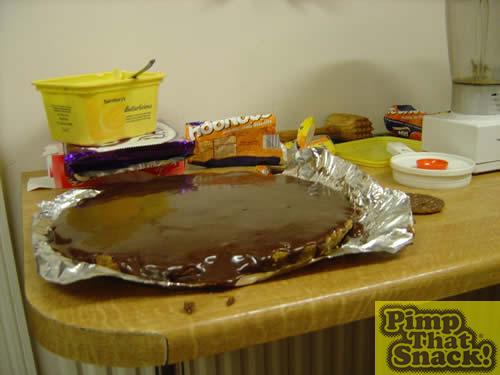 Everyone knows that a Chocolate HobNob does not have a smooth surface, texture is where it’s at baby, the pallet knife comes into its own….. 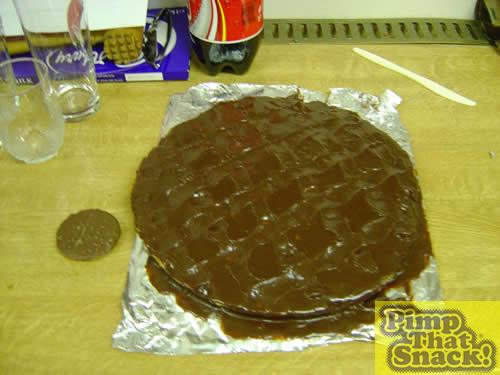 And of course the traditional comparison that PimpThatSnack has come to love. 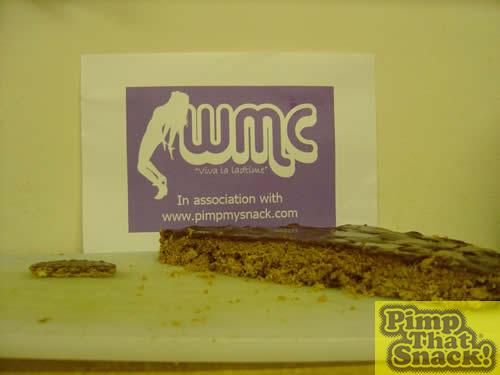 Thanks WMC you just pimped my HobNob!