This is actually to be one entry in an office snack pimping competition. so I guess I’m down on the originality so let’s go for good old size. snack pimping extravagance. 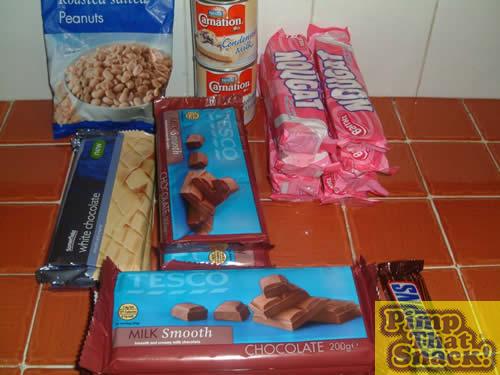 Right, I know I have nothing of the right size to use as a mould so I would have to custom build one. Great, another reason to use gaffer tape. It’s great stuff. I also have a shed load of cardboard boxes kicking about from buying things since I have not long moved in. I decided on a slightly different approach for this. I would make 2 moulds. One for the inner nougat and peanutty caramel section and one for the chocolate. At this point I am confident nothing can go wrong. 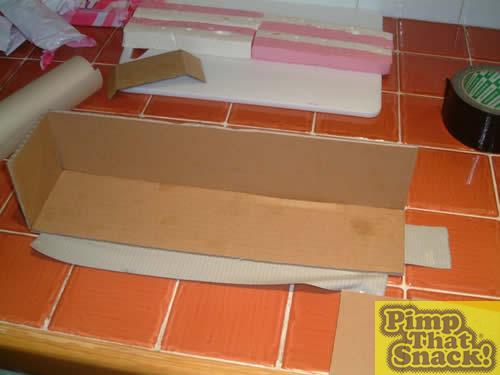 If only I’d though about that with the nougat too. It was a right bugger squeezing that into a box built to hold it snuggly. 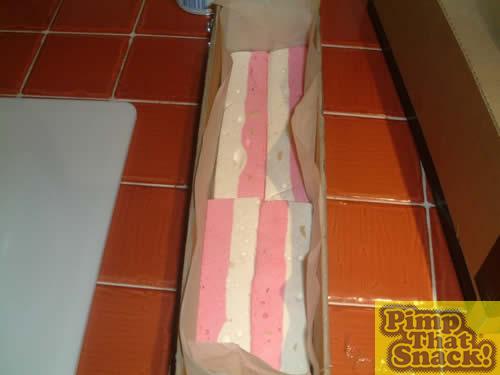 I had had no idea caramel was so easy. Submerge 2 tins of condensed milk in boiling water and simmer for an hour 25. I could probably have got away with a bit longer but looking good. Couple of words of advise though.
1. Don’t let the water boil dry. I have it on reliable advice that caramel is a bugger to get off ceilings.
2. Unless you enjoy skin grafts be very careful when you open the tin. It is under pressure and will spurt slightly. I only have a becaramelled worktop to testify to this but it could have been worse. I also had the jug ready and waiting in boiling water to keep it warm for mixing. 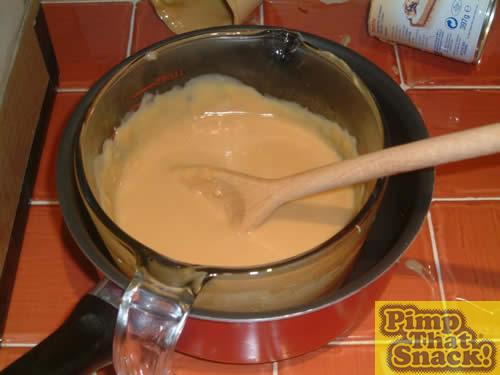 Next stop add the peanuts. Now, like another snickers pimper I could find no unsalted but had to wash them. While drying them in a pan I decided to add a little toasted sesame oil for that extra nutty taste. Add the peanuts to the caramel and pour. 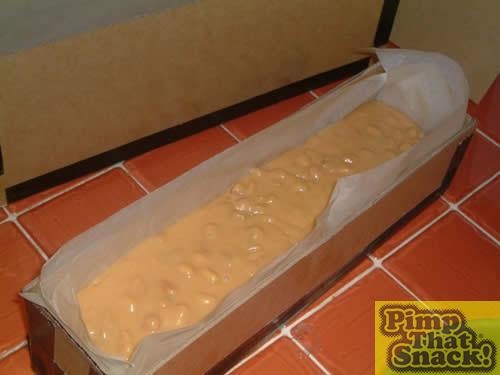 In to the freezer with that and time to prepare the base. Really difficult that one, melt the choccy and in it goes. 400g looked as if it might be a tad thin so let’s make it 800.

Into the freezer with that too. and come back later to get them both out.

Now, time to unwrap the innards. Hmm, thinking here it might have been a plan to grease the greaseproof paper. Perhaps with some butter or something. Ahh well 15 minutes of fighting and I have all the paper off. No photos of this struggle I’m afraid as it was a borrowed camera and something must have been going wrong since when I came to download them they started with the next photo. I was also being overly careful not to cover the camera in caramel. But we have the innards in place now (again photo missing). Time to pour on the rest of the chocolate. I initially only bought 12 200g bars so halfway through this is it a saunter to the shops for another 6.

I did have a cunning plan at this point to add a small layer of milk chocolate and then try and incorporate a Starsky and Hutch style go faster stripe with white chocolate but it just wasn’t going to work so I just went with faithfulness to the original. I also couldn’t get the top pouring to work so had to make a pitiful attempt to simulate them with the v shapes. Again a bit of a disappointment but not to worry. 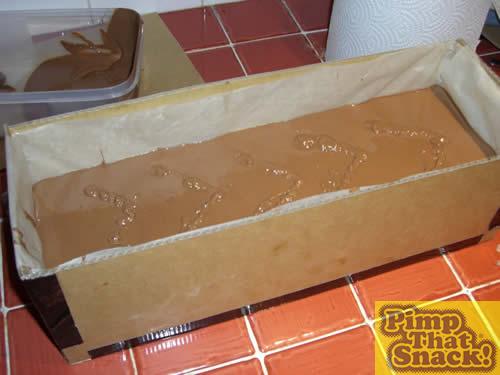 A little longer in the freezer and I can trim the edges a little and here we go; the Snickers Supreme weighing in at just over 4.5 kilos and roughly 22000Kcal as an estimation from ingredients. 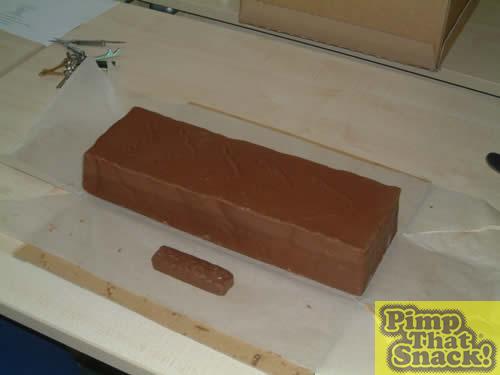 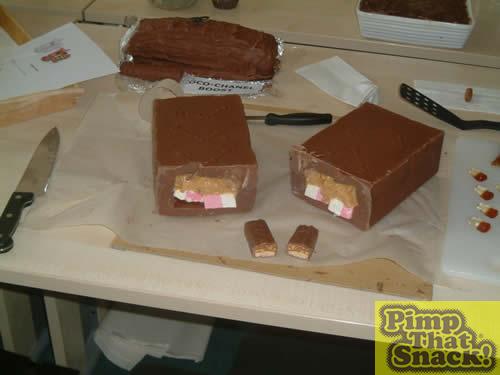 And here’s a view of all the other snacks I am in competition with. Woah, the giant flump worked. Not fancying my chances now. 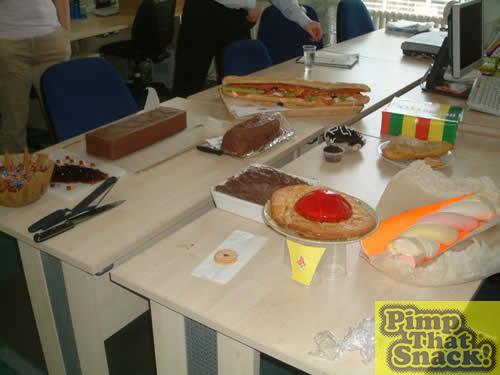 And of course the flump ran away with the prize but fun was had by all, not to mention calories, and unsaturated fats.