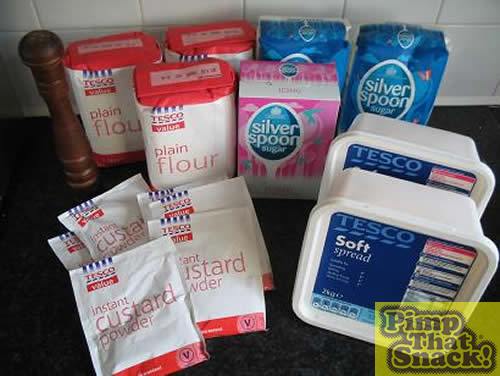 Next remove from the fridge and go at it like Mike Tyson for a few minutes just to be sure it’s well mixed! No nibbling though. 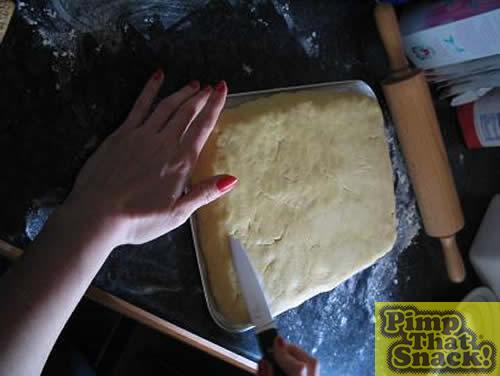 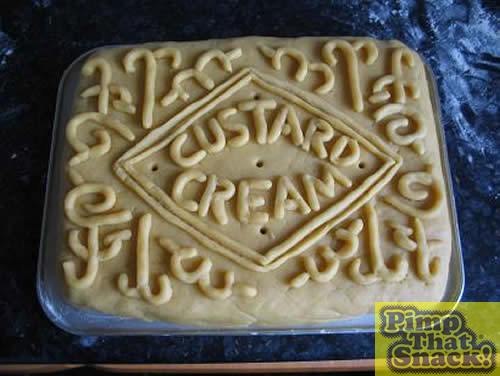 Repeat to create a second humongous biscuit and stick in the oven at gas mark 3 for longer than necessary. Remove and grin. 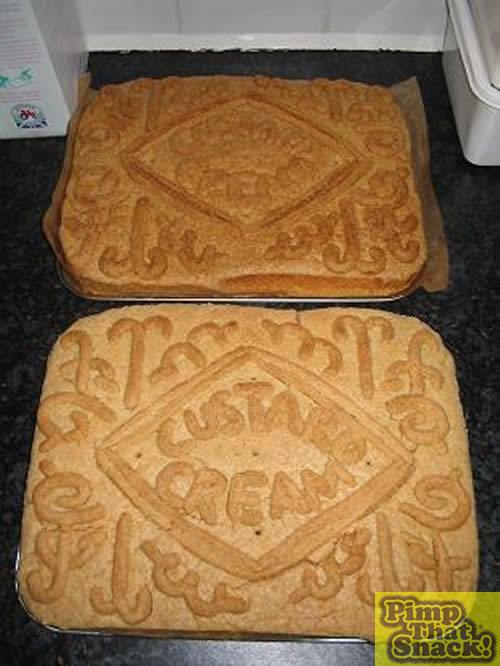 For the filling mix custard powder, half a tonne of icing sugar, butter and a dribble of boiling water and mix into something resembling concrete. You’ll know it’s right when you panic at how hard it is to pull your hand out of the mix. 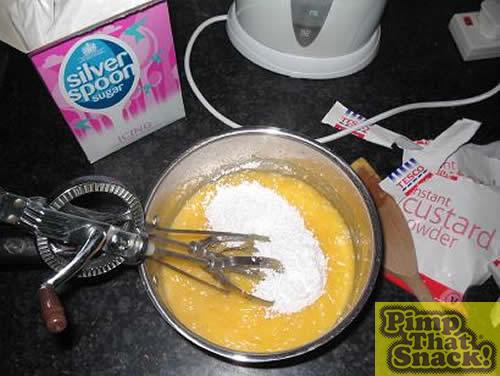 Sweat profusely as you turn over one of the biscuits, fearing that it will break. Spread the custard cream on. 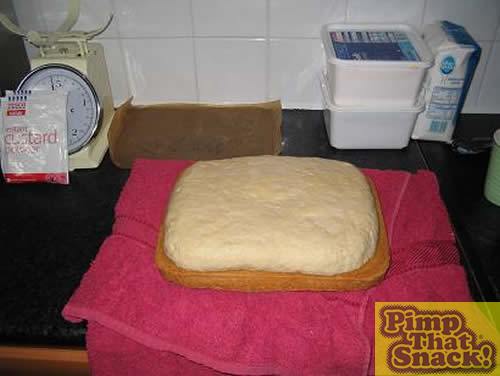 Place the remaining biscuit on top to complete your custard cream. Boil the kettle and make yourself a well deserved cup of tea. Sadly I didn’t have a cup big enough to dunk it in! 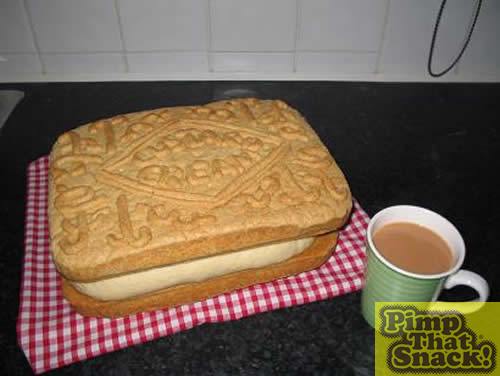 And it wouldn’t be complete without an ‘I’m a new dad’ photo! Although I think the fascial expression is more of a ‘ flipping’eck it’s heavy’ smirk! 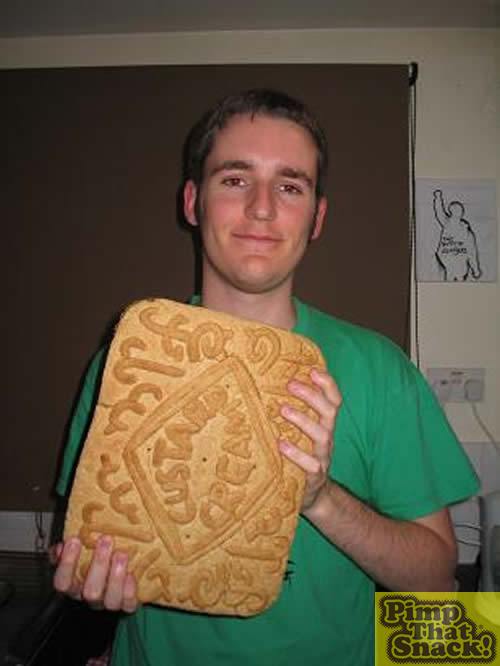