For six teenagers, on a Saturday night there’s nothing better than all getting together to create a giant chocolate bar.

After many suggestions, some worse than others (for example ‘a giant sandwich’ and ‘a really big milkshake’…) we all decided on a Toffee Crisp.

You can imagine the strange looks a group of rouge (yet handsome) looking 18 year olds got whilst speeding down ASDA aisles with a trolley full of rice krispies, chocolate and wearthers originals. 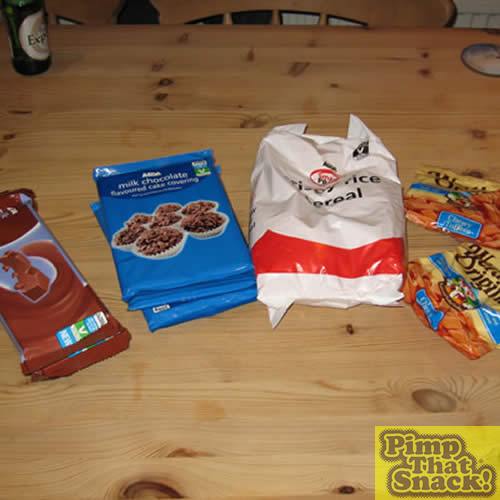 The plan was to heat the chocolate together, spread some of the chocolatey goop around the base and the sides of the plastic container.
Spread the Werthers Originals on the bottom of the container,
then mix the rest of the chocolate with the ‘Crispy Rice Cereal’, pour it in and Voila!

We start the menial task of unwrapping thousands of Werthers Originals (we turned it into a race so it was slightly more fun).We then broke the chocolate up into singular pieces (again, we raced)
And poured the rice crispies out (no race this time) 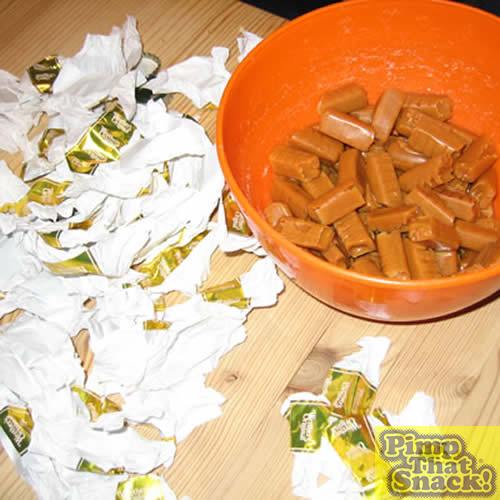 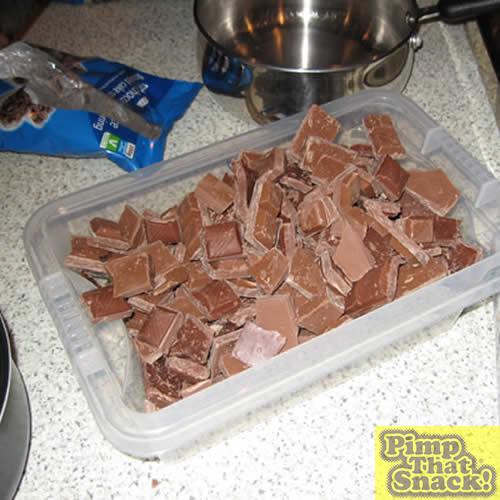 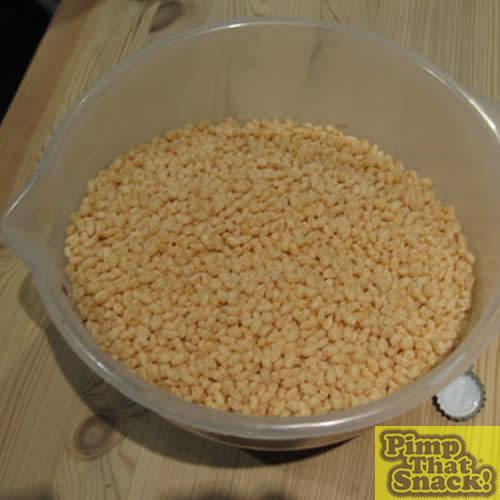 We fill two pans of boiling water and place two containers of chocolate inside, to melt it down finely. This became very messy, it was hard to resist tasting the thick choco-fluid, which resulted in many burn fingers. 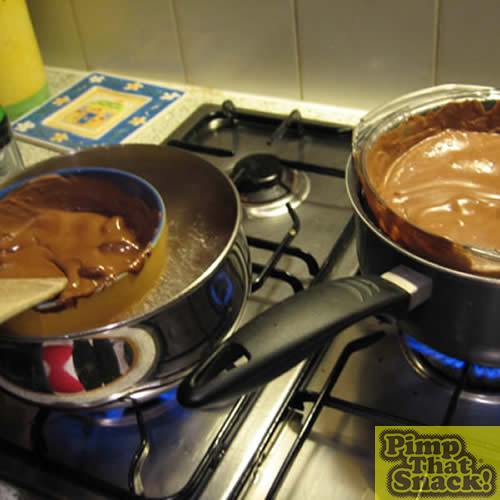 After it was fine enough to be spread, we finely pasted the bowl on the left of the above image around the sides and bottom of the container. This took a lot of love and care, a lot of TENDER love and care.
We needed a perfectly equal amount to mimick the Toffee Crisp. 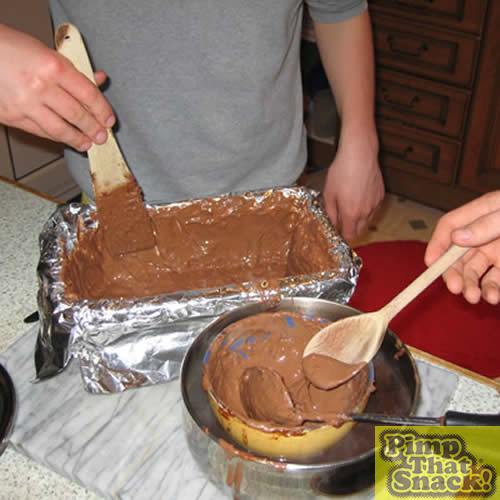 The trickiest part were the Werthers Originals, they’re extremely tough and thick for a sweet mainly consumed through dentures.
Much to my disapproval, the heating of the Werthers ruined my Mothers favourite orange bowl.
After getting them as fine as possible, we spread it over the chocolate on the bottom of the cainer (we found the ‘two spoon scraping’ technique most effective for this)

Next was our favourite part, mixing the melted chocolate with the rice krispies and beating them finely (tastiest… exercise… ever….).
Although it looks a lot like somebody is trying to sabotage our creation with a spoonful of beans, this is infact just a trickery of the camera. 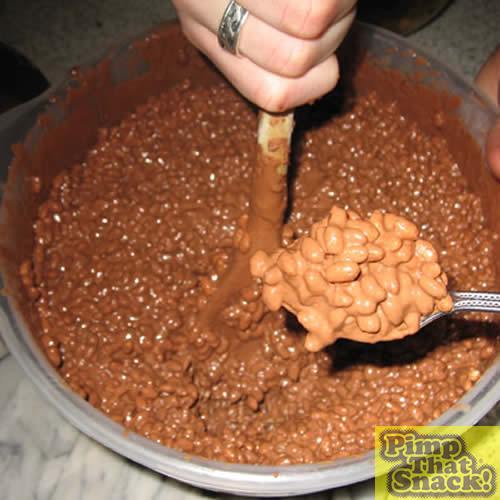 We then poured the mixture on top of the (already set…) Werthers Originals.
This looks like the aftermath of ‘Tub Girl’, but trust me it was gorgeous in real life. 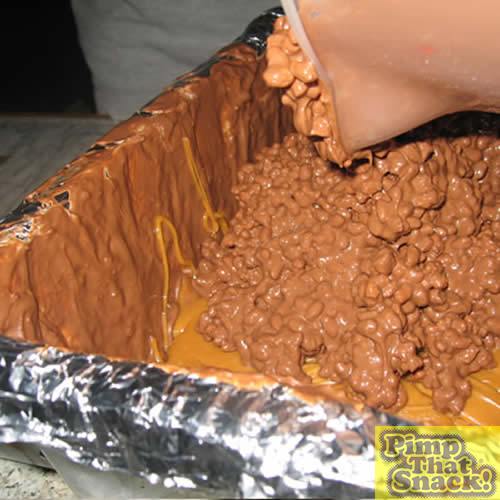 After flattening it out it was ready to be frozen… the fridge was full of beer so I put it outside. I was half expecting my cat to stroll sheepishly in with chocolate around his mouth so after a while I made room in the fridge and let it set over night. 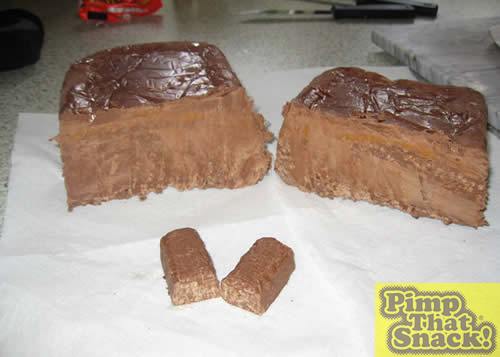