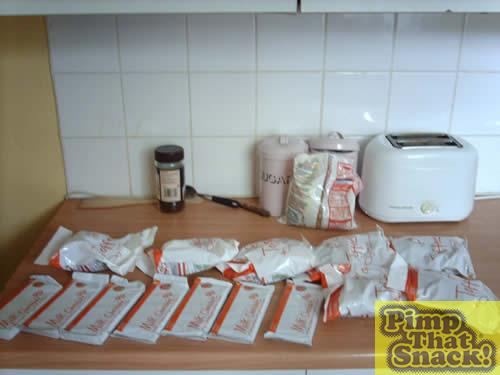 Having recently seen the film The Bucket List, we had formed our own list of things to do before we die. Upon that list was pimping a snack. However, with time running out before university finished and we all disappeared back to our own parts of the country, we decided to keep it simple. After scouring the local supermarket for achievable snacks with pimp potential, we stumbled across a box of Quality Street and were inspired by the humble Toffee Finger.

The ingredients were simple. Toffee and chocolate in stroke inducing volumes. The moulding process was not so simple. The melting went fine with a combination of microwave and hob stations melting the toffee at an impressive rate. What we hadn’t counted on was our mould melting. Made from half a Coke bottle, the flimsy plastic container could not withstand the sheer heat of the molten toffee. This did not get us down. 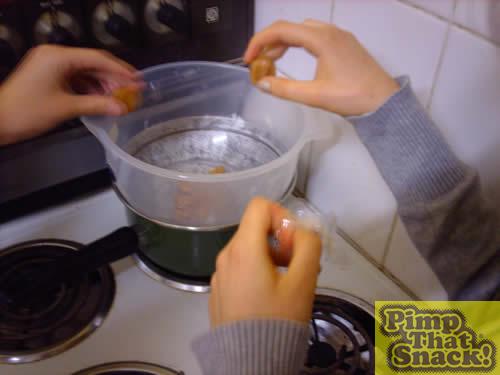 We realised after a short while (and several Coke bottles later) that the toffee cooled down at quite a convenient rate. Enough time for us to mould several of the little sweets together and quick enough that we could mould it into shape without removing the top layers of skin on our fingers. The inside of the toffee finger began to take shape and resemble… a toffee finger. 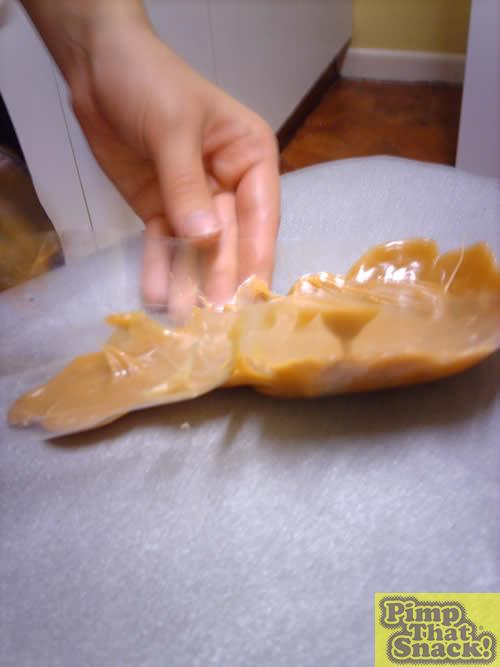 When the toffee innards were of a satisfactory shape and size we placed it in the fridge so that the shape would set. By the morning it was like a toffee rock! 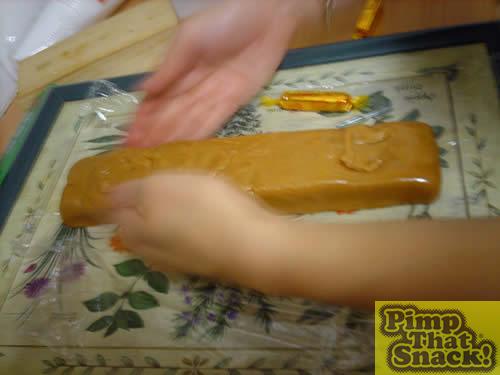 Next came the chocolate phase. Same again, melt on the hob and spread on the toffee block. The only challenge faced was keeping the chocolate even which was done with the aid of a big flat knife and an incredible amount of patience. The fridge came into action again to allow the chocolate to go solid so that each side was set and that we could turn it over and begin work on the other side. 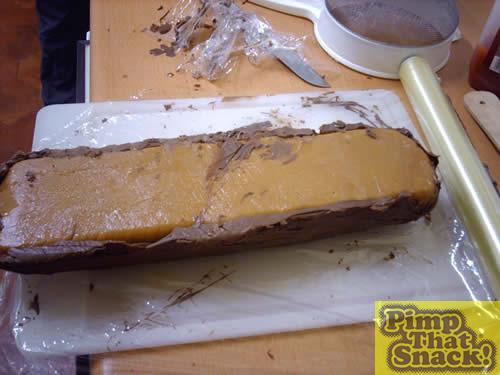 After this process was repeated four times, our chocolate/toffee finger was born. For true authenticity, we carved the grid pattern on the bottom of the tremendous toffee finger, so it more closely resembled the original. 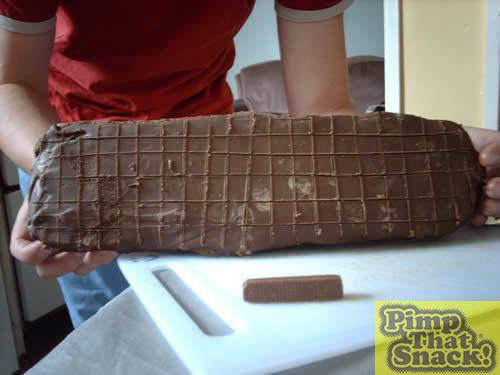 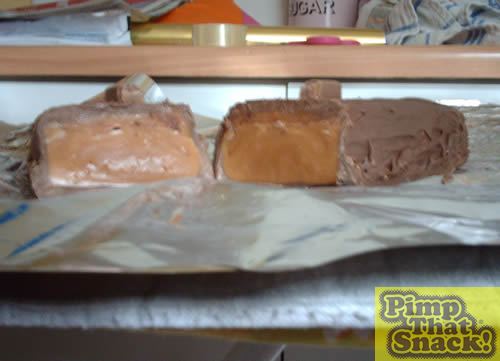 Some craftwork with gold foil later and our pimped out Quality Street was one of true quality. 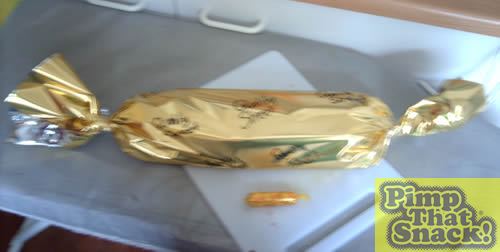