I have been viewing this site for months and months on end, however could never decide what would make a great pimp. So when the opportunity arrived to make a massive cake for my Year 11 prom, I could think of no better reason to getting pimping.

So, the next question was, what design should the cake have? It didn’t take long to come to the decision that I should recreate the school badge, but in cake form. Henceforth the "Badge Of All Badges" was born. 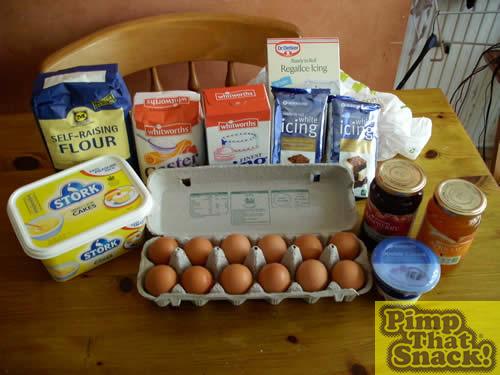 Firstly, I creamed the sugar and margarine together in a large bowl until light and fluffy (Note To Self: When using an electric hand whisk, try doing multiple smaller batches to avoid the whisk overheating and burning your hand)

Then I mixed in the beaten eggs, adding flour whenever the mixture began to curdle. Once mixed I folded in the rest of the flour along with any flavourings. 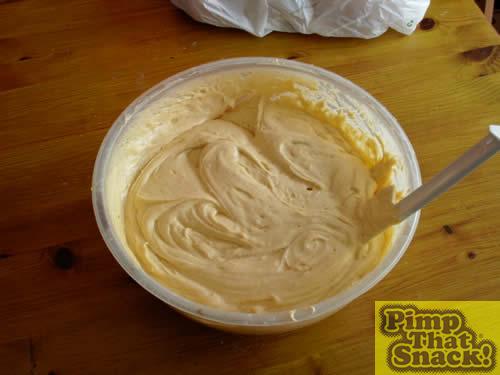 After crafting the greaseproof paper around the largest and deepest baking tray I could find, I tipped the mixture into the tray and then baked for about an hour at 180C.

After wrestling with the tray to remove the cake (this proved to be a tougher task than expected due to the indented handles) I left the cake to cool. 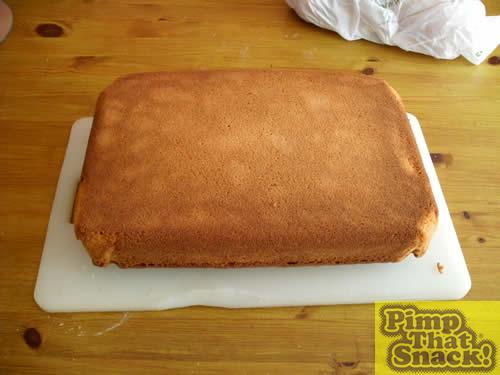 While it was cooling I drew the up scaled version of the badge on to greaseproof paper to create a template and then cut them out. Once the cake had cooled down I cut out the basic badge shape, sliced the cake in half and placed the two halves aside. 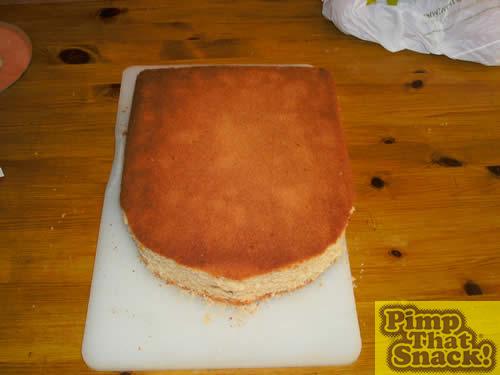 For the filling I lightly whipped the double cream with a little icing sugar until it formed soft peaks and then spread over one side of the cake. Then for the other side I mixed the jam in a bowl until it was spreadable and then spread it over the cake. Next I sandwiched the layers together and then brushed the cake over with apricot jam so the icing would stick down properly without the cake crumbs going everywhere. 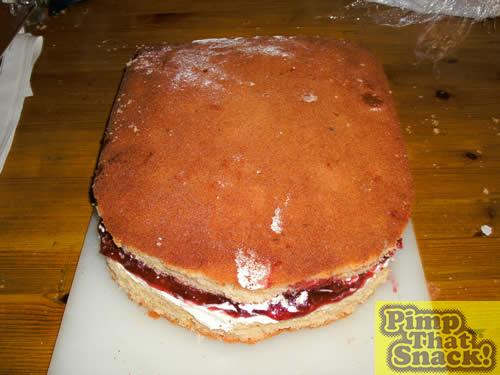 After spending about 2 hours biking around the area trying to find some black food colouring (and failing miserably) I did the one thing anyone can count on to get something…….Ask your mother! When I finally got back to dying the icing, I soon realised that there wasn’t even enough black so I gathered any colours that were in the cupboard and combined them to create a black-ish dye.

Another hour later I was left with black, red and white icing along with completely discoloured hands I set out on the task of trying to ice the cake. Attempt 1 was a disaster as I found it impossible to roll out the icing big enough and then layer it over the cake without it falling to pieces (even with the wrap around the rolling pin trick) Attempt 2 was going great, I placed the icing on section by section and it was looking perfect. I left the cake on the side and went to watch T.V and when I returned the cake had collapsed, with the two layers sliding off each other taking down the icing with them. (Sabotage or accident? Who knows, but what I did know was that it had to be fixed.) 30 minutes later and a little D.I.Y handiwork I had the background icing layer down.

Now onto the outline, and defiantly the trickiest part of the pimp. I tried (and failed) numerous times trying to get the red of outline of the badge perfect, even with the template it was either too thin, too fat or just broke up when it came to putting it into place. So after a load of screaming, shouting and swearing from the frustration of the icing I managed to keep it intact by cutting the icing on paper and then flipping it over onto the cake. 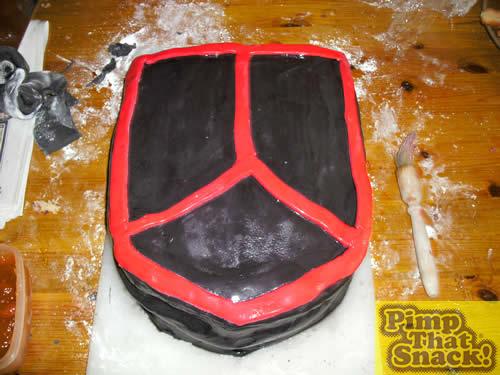 Finally I cut out the white details for the top and used a knife to indent any extra details. After a quick brush with hot water to remove any icing sugar and support the bonds it was time to stand back and marvel The Badge Of All Badges! 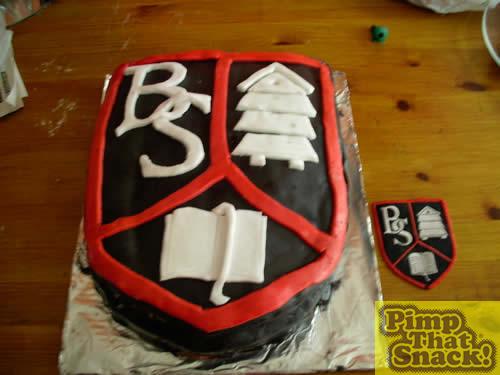 And of course the all important cross-section view: 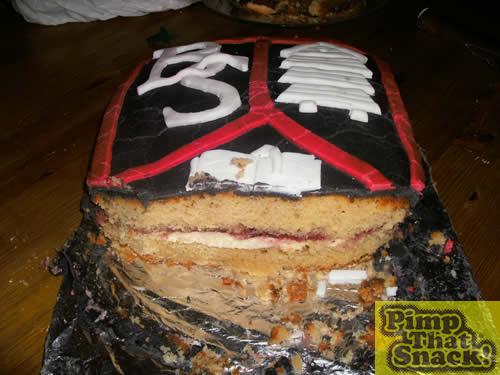