Well, as our first pimp (as I’m sure we’ll be doing more) we decided we needed to do something aussie, we’re from Adelaide. We also wanted to do something that had never been done before. Not realising the Arnotts Mint Slice had already been done until after we finished sucked but we got over it. We thoroughly tested *cough cough* mint slices and came up with these mass quantities of ingredients.

Unfortunately, half of the photos have mysteriously disappeared including the ingredients photo which we spent ages setting up a good angle lol…

Local Coles, Woolies and Foodland (had to compare and get a bargain)

First blend estimated half of butter, sugar and flour in processor to make shortbread, also cocoa. Lots of flour, we failed massively first time :(. Spread on pizza sized pan and bake for about 20 mins. 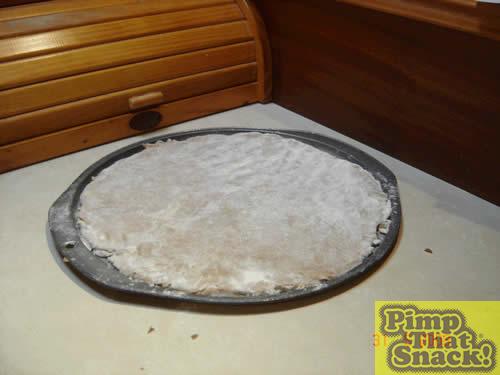 Take out and cool. 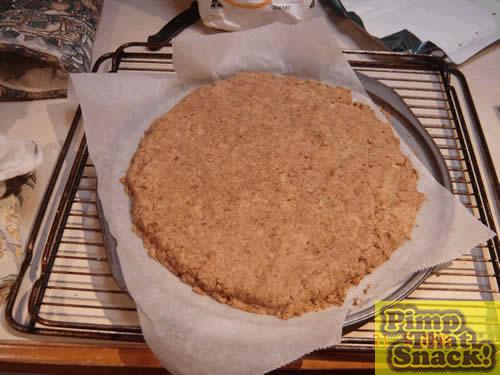 Melt half of chocolate by banging mary or something that crawfy said, just melt it however you want. 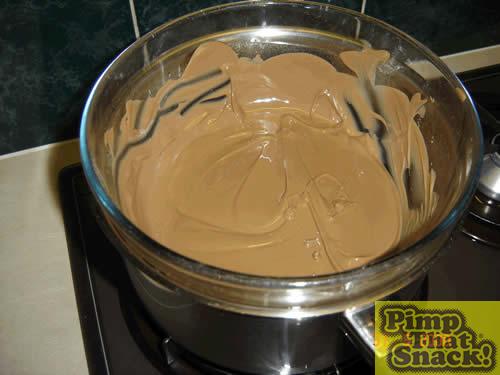 Pour over the biscuit, this will be the bottom of the mint slice. 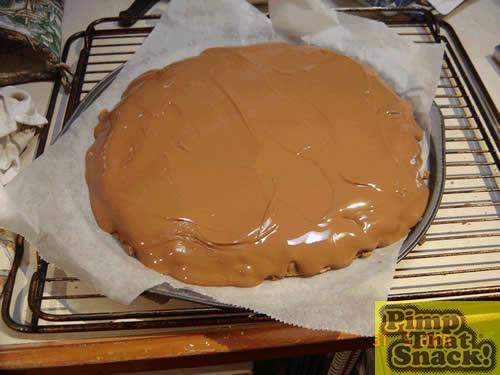 While its solidifying in freezer, make the minty cream, rather minty butter lol. Cream the butter with rest of sugar and most of peppermint essence, we dare you to drink some pure. Its great really, who needs wrigleys? 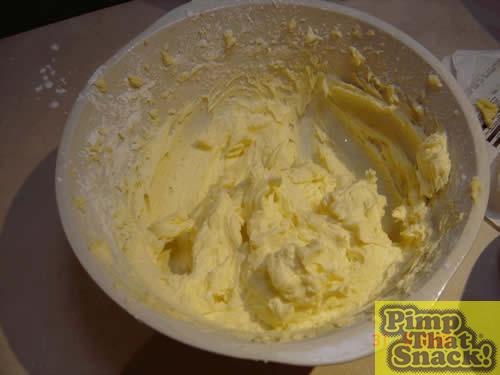 Turn over bicuit and spread mint cream in a dome shape, we didnt actually need that much but o well. 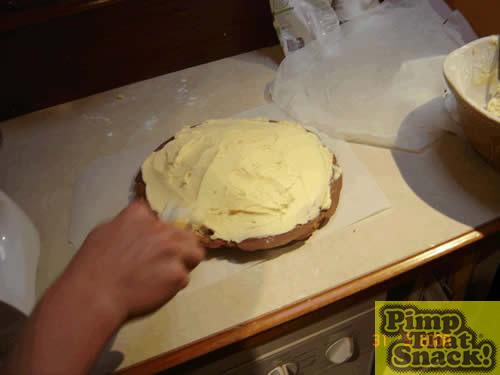 Melt rest of chocolate and pour over top. Make sure poured chocolate is cooled down first though or butter will melt which you dont want. 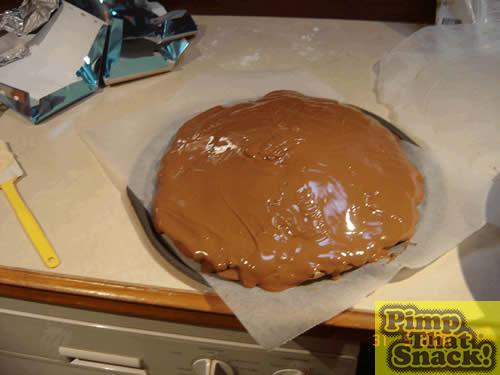 Place in freezer for magic to happen. Lol, we took out top shelf to make room and forgot to put it all back in at end, they all defrosted! Anyway, try not to be tempted to place fingers on semi hard chocolate and be patient. In the meantime, you might want to start washing cause theres a heck of a lot of dishes and flour everywhere! 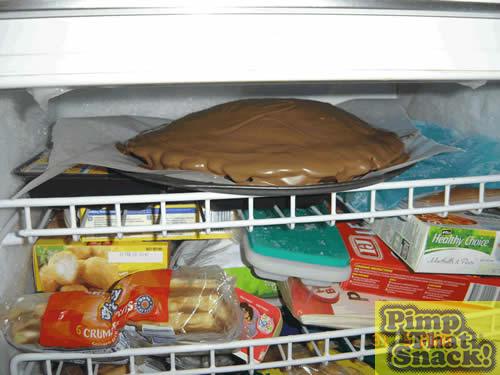 Take out and test. In our rush to leave, we were heading to marion to catch a movie, it wasnt fully hard on top. It actually wasnt too bad, it tasted exactly like the real thing, until we felt sick from all that sugar and butter! 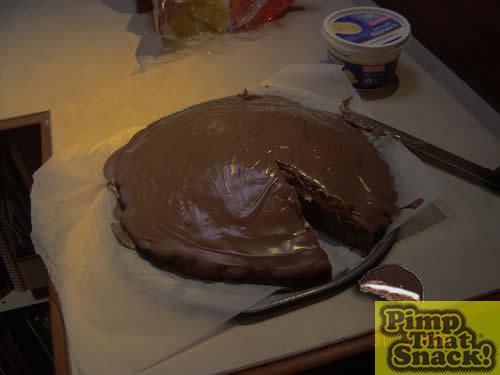 2000 cals a bite, not really cause you would die 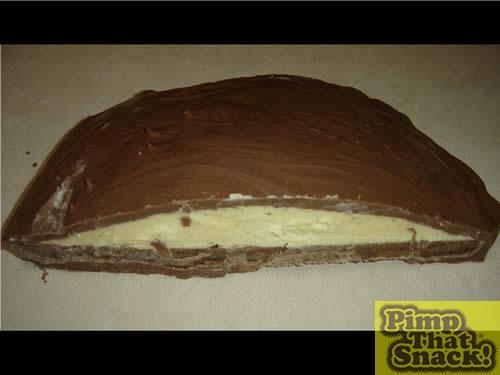 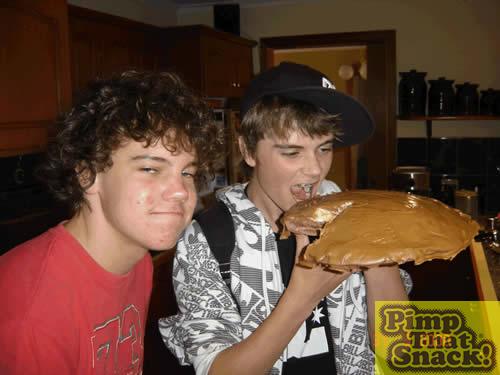 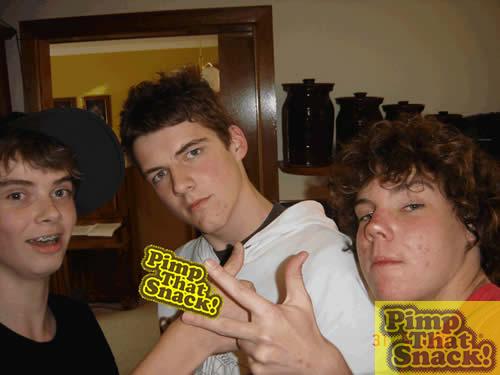