After discovering Pimp That Snack several weeks ago, we knew we had to pimp something. After all it was exam time, and we needed something to do instead of revising. Many hours were spent pondering ideas, when we struck upon Toblerone.

A quick search revealed the Everest Toblerone, yet we were left disappointed by the lack of toblerone shape. Being engineers, we decided to make a better one, a precision pimp! First stop was the supermarket, where we discovered cadbury’s chocolate to be on special offer, excellent! Total ingredients used were:

First of all we made the mould, using our engineering expertise and the latest CAD software (yeh, engineers are sad…) we designed and built it exactly to scale with a small toblerone, but at 6 times the size, and 216 times the volume! The mould was made of plastic and duck tape, then lined with foil. 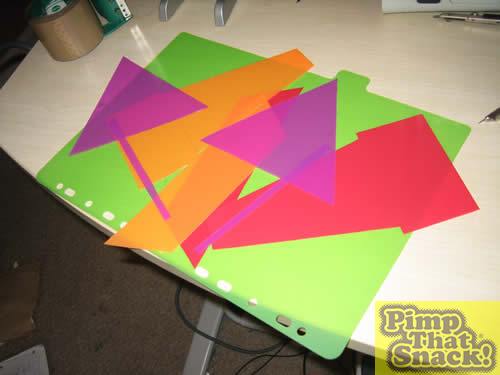 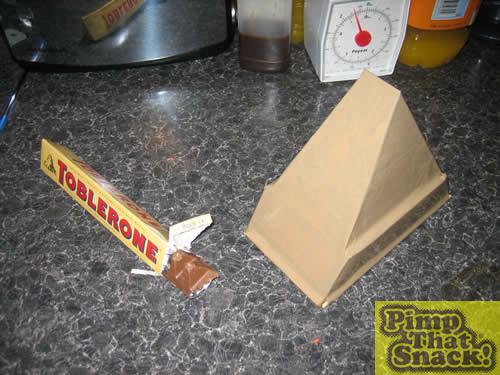 1.5kg of chocolate was melted down, and 50g of nougat was cut up into pieces (and non of the pansy pink stuff!), then was mixed into the chocolate with the honey. This was then poured into the mould, and left to solidify overnight. 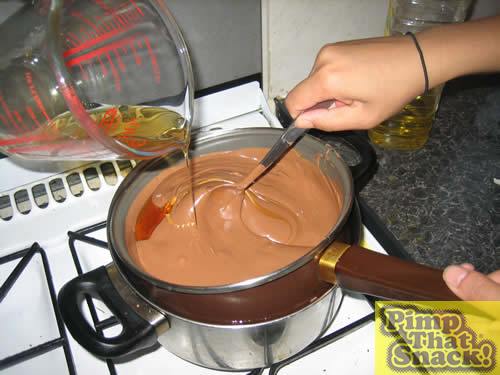 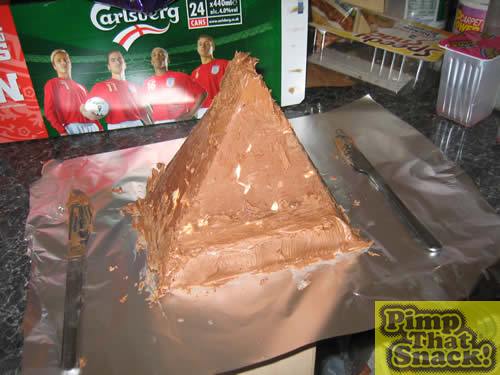 Once the chocolate had set, it was removed from the mould, and the foil was peeled off. A few bits were touched up, and 250g of chocolate was then melted down and then poured onto the toblerone, to give it a smooth chocolate layer. 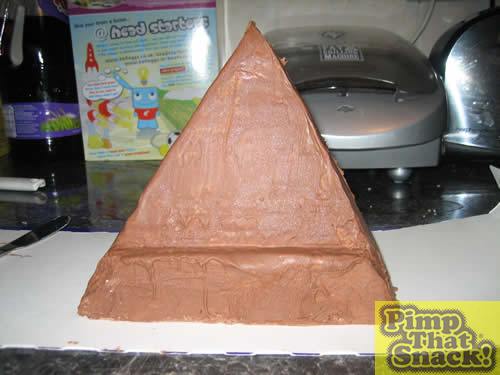 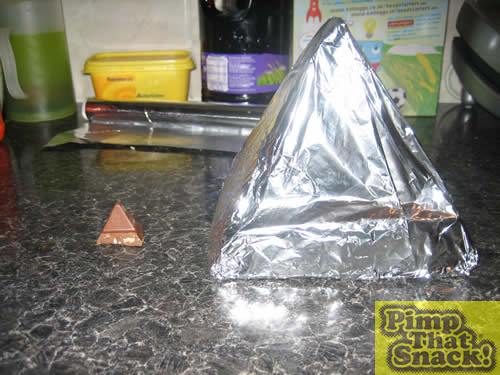 Completed! The final toblerone weighs in at 1.5kg and 20cm tall, while maintaining the classic toblerone shape, and it contains 7800 calories and 440g of fat. Now all that was to be done was to eat it, but first it had to be split into manageable chunks, so we hit it with a pan. The toblerone won.

A chisel and hammer was then used with greater success, and we were left to enjoy our precision pimp. 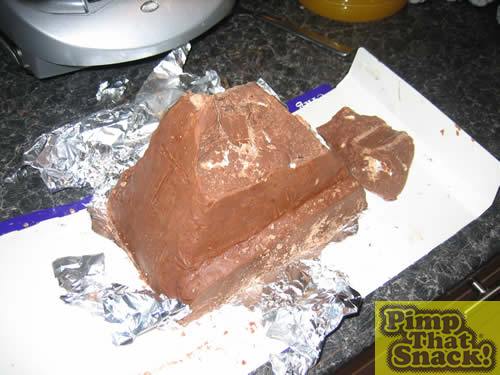