A friend, who’s motto is, ‘you can’t have a party without party rings’,  was having a birthday party at the weekend. so what better than a ‘giant party ring’.
I was so excited I nearly took a day off work to make it. In the end I worked late into Thursday night, stopping only for fits of laughter and to marvel at my creation. 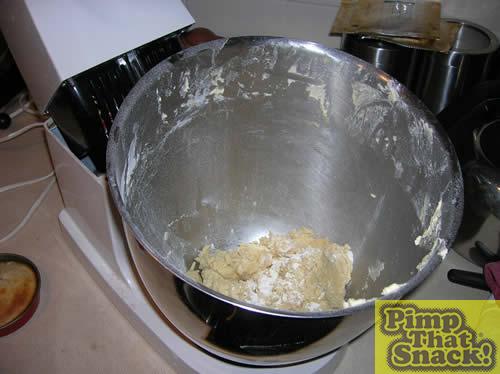 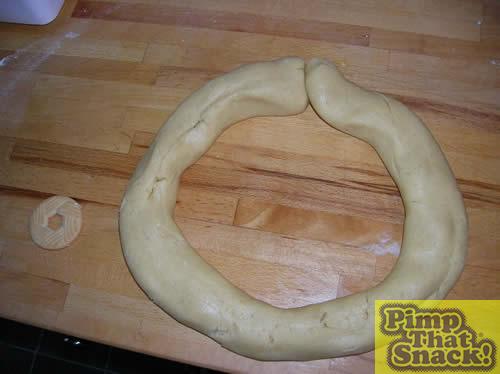 As you can see I went for a roll-the-dough-into-a-cumberland sausage-shape-then-squish-it-down technique. Which worked quite well when it came to giving it that rustic look.

Next, I scored in the groves you can find on the base of the biscuit in question. 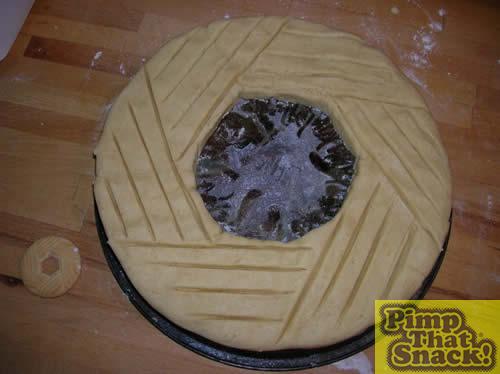 There was a near miss in the oven when I didn’t account for side spread, a Swift tray swap and all was not lost. 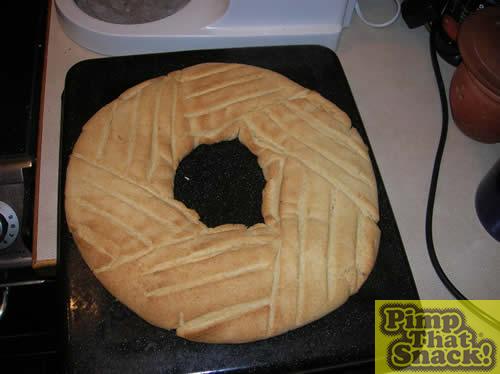 The biscuit was nicely cold by the time I had mixed the icing to the perfect colour match. It went on surprisingly well and not too much was lost down the sides. 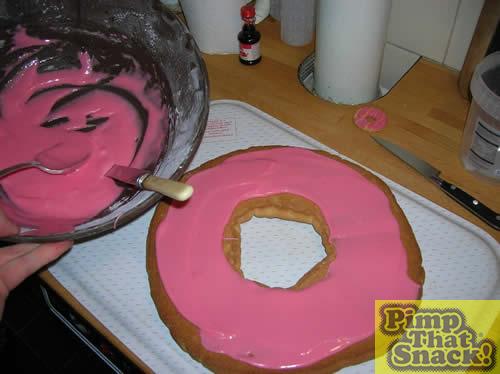 The yellow went on straight after the pink. 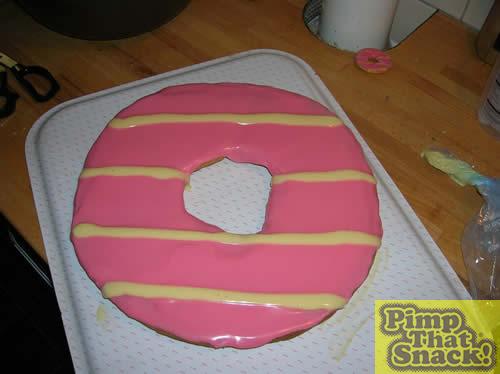 To feather in the yellow lines I used the blade of a butter knife. 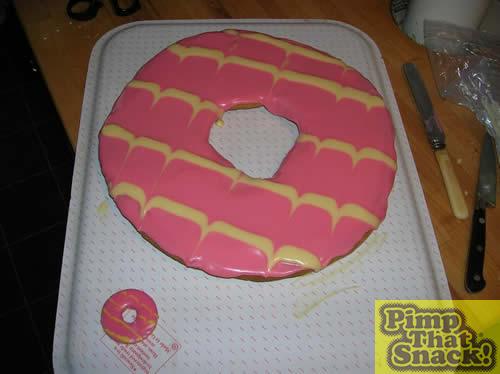 My mate loved it, and it cost less than buying her a bottle of wine!