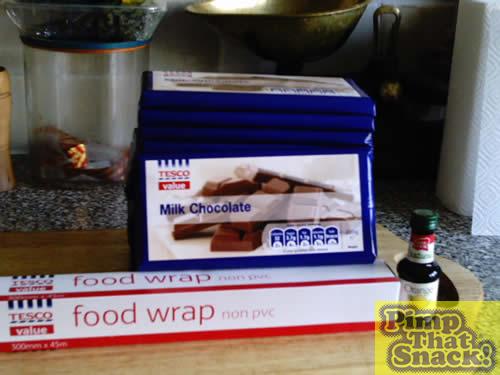 Man has always strived to make chocolaty versions of things, and the Terry’s Chocolate Orange is surely a milestone in human achievement that all other should be measured against! In honour of this tasty and wondrous chocolate fruit, we decided to pimp it! 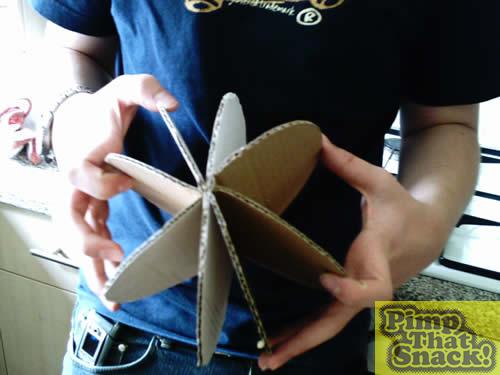 Of course it was then we realised that each piece would need to be covered in clingfilm so the chocolate didn’t stick, so the thing had to be taken apart and re-built afterwards. Oh well. Yet more clingfilm was used to wrap around the core of our mold, creating a kind of plasticy ball. 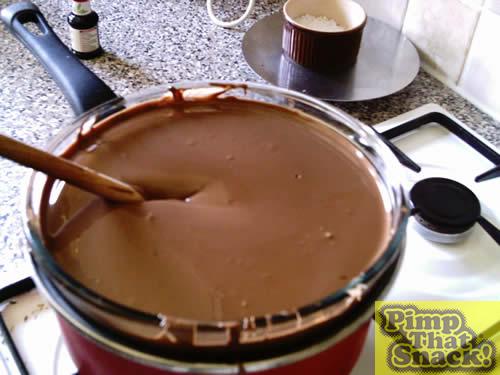 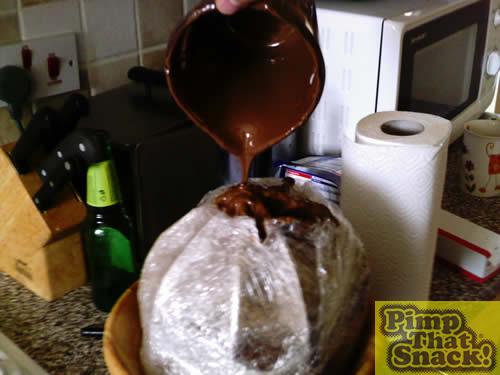 Once full of liters of chocolate, this behemoth was put into the freezer for several hours to set… 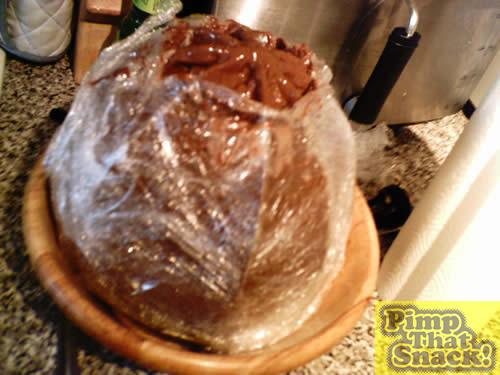 Using a knife, we carefully cut the slabs away from the mold and lifted them out. Once they were out, we lined our 8 giant slabs up, with a segment of the original for comparison! 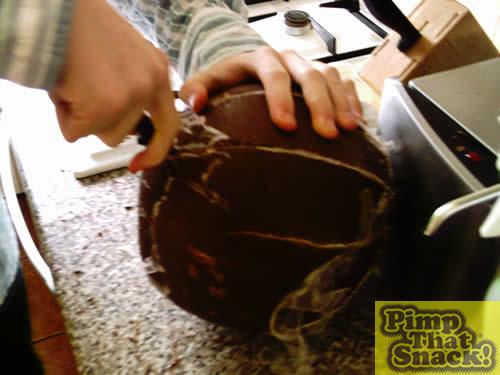 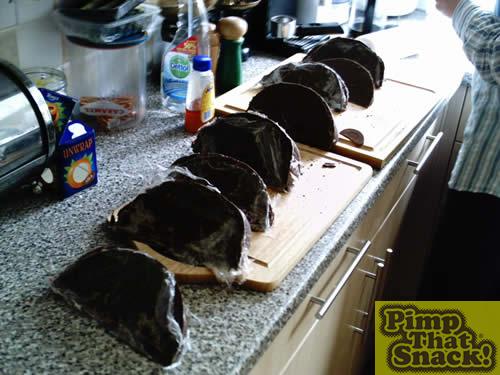 Removing the clingfilm proved to be a very very annoying task because it sticks to absolutely everything! But once it was off, the segments were melted together in the middle to create our core. 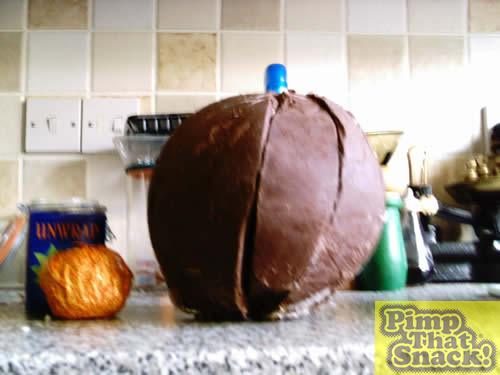 And there it was, 6 kilos of pure orange-flavoured chocolate. It took 4 whacks with a mallet to break it apart too!