A few years ago, I made some sweets by melting peanut butter and chocolate together. They were so delicious, I vowed never to make them again, except on a very special occasion, as we ate them all in about five minutes.

The most exciting thing was not just how easy they were to make, but how special they looked, as they were glossy and shiny, and marbled.

It turned out to be a lot more difficult than I thought it would, to be honest, and I never want to see peanut butter ever again. 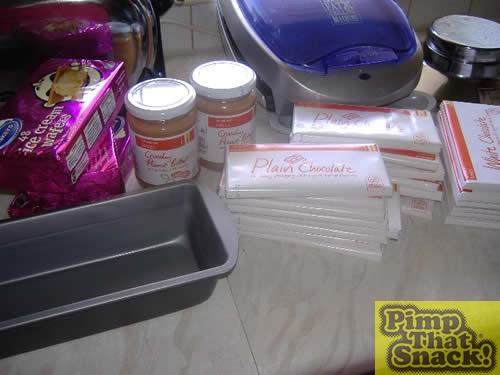 I lost count of the number of chocolate bars I used, but if you were trying to recreate one of these, I worked out you’d need –

This would have cost me £5

I also got myself a special new Teflon coated loaf tin from Ikea, after the disaster of trying to get the pink kit kat out of the old loaf tin. This was £2.50, and worth every penny, because it is a great shape for a chunky kit kat.

First of all, I melted the white chocolate, and stirred in half the jar of peanut butter. I then melted 400g of plain chocolate. The idea was to marble together these two sorts of chocolate, so I put in the white first, then the plain, and then swirled them together using a chopstick. I then left this to set in the freezer. 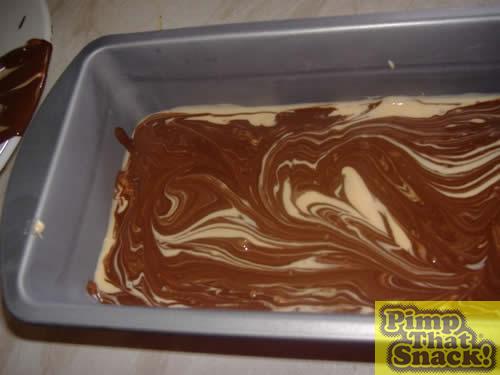 Mistake number one – After it was hard, I proceeded to start stacking on the wafers. In hindsight, I should have put a bit of melted chocolate on before the wafers, but as it was, I just used it between the wafers. 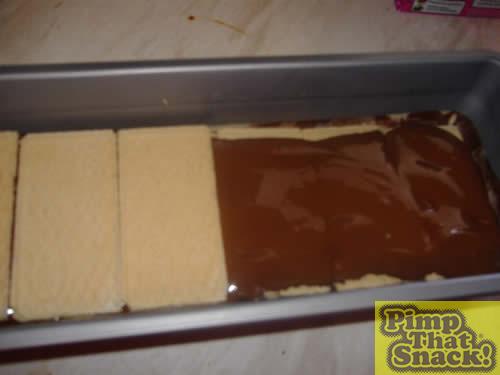 I then filled in the gaps around the edges, and filled the tin to the top. After leaving this to cool, I tried to prise it out.

Teflon is no slidier than the previous non-stick coating on my loaf tin, and after much cursing, sticking the tin in a sink of hot water, and stroking the bottom with a hot cloth, it came out.

Disaster! The top just looked white, with no marbling effect. Also, the top section lifted straight off the wafers, as I hadn’t used melted chocolate to stick them on with. 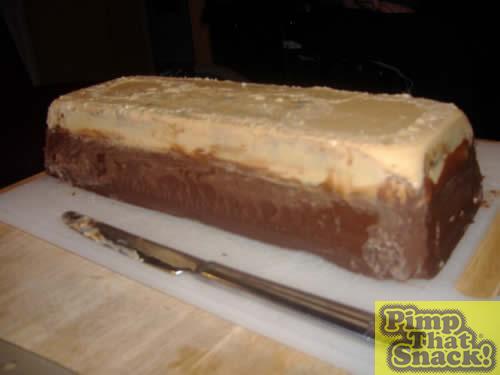 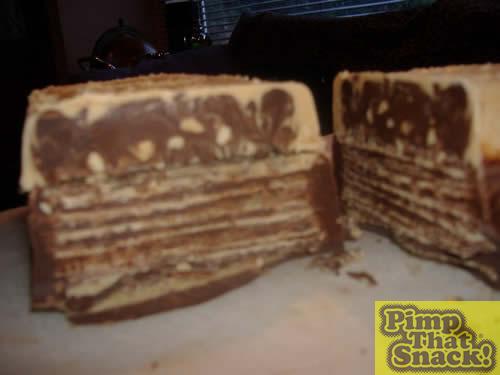 This kit kat was cut in half to show the middle. Half went to work to be eaten, the other half was divided into topping and wafer; the topping I cut into squares to bribe some people at a meeting, and the bottom half was kept ‘just in case’.

After buying more chocolate, I had another go. This time, I poured the two chocolate types in stripes, and tied swirling them again. This time I had enough of the chocolate to use the long loaf tin as well as a shorter loaf tin.

Mistake number 2 – I also used melted peanut butter to stick the wafers onto the base. 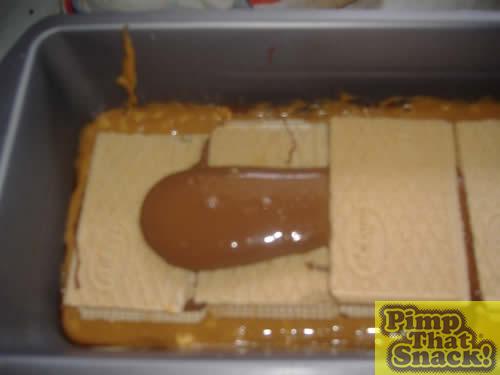 Mistake number 3 – I only had enough wafers and chocolate to make the long kit kat – the shorter one got abandoned after some melted peanut butter and a couple of wafers. Don’t worry though, it wasn’t wasted, as we shall see.

Once it had set again, and I had another nervous breakdown trying to get it out of the tin, I was disappointed to see the top hadn’t worked again. By this time I was getting ready to slit my wrists with the knife, but I merely cut it into 3, and gave it away. 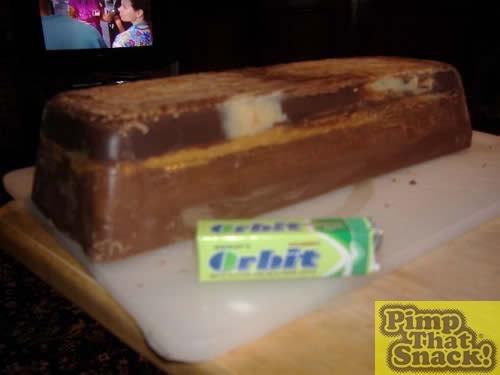 Last go. I took the ‘topping’ out of the shorter loaf tin, and scraped the peanut butter and wafers into a bowl. After chipping away at the marbled chocolate, a pretty good pattern was revealed. Seeing an opportunity, I turned the topping the other way up. 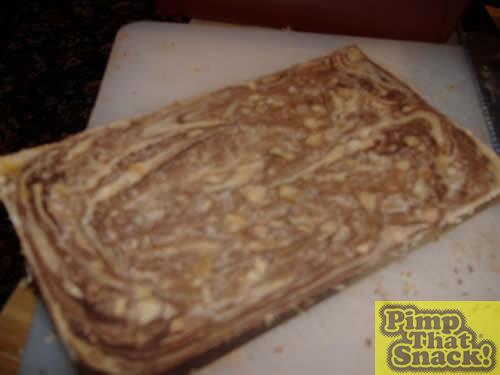 I then crushed together the wafers and peanut butter, and decided to use this as a ‘sandwich’ again. Remembering the wasted wafer section from day one, I retrieved it, and placed that on top for good measure. Now all it needed was some melted chocolate as a binder. I couldn’t find any plain cheap enough, so I went for milk again.

I also contemplated chucking some toffee in there for good measure, but thought better of it. It was enough of a patchwork disaster as it was.

When I got it out the tin, I screeched the squeal of despair. It was rubbish, quite clearly. Oh well…. It tasted nice, and my brother-in-law said it was lovely grated over ice cream. 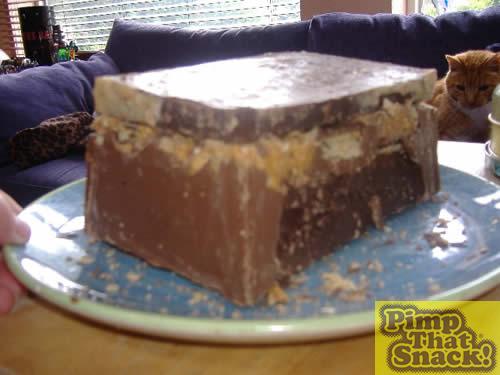