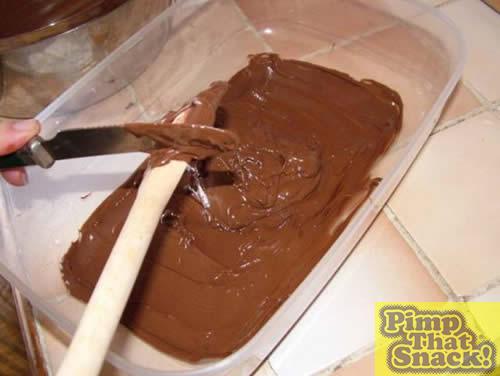 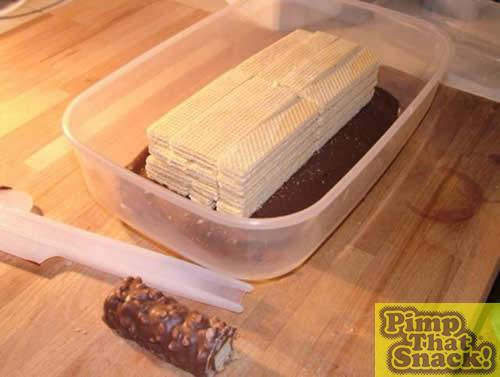 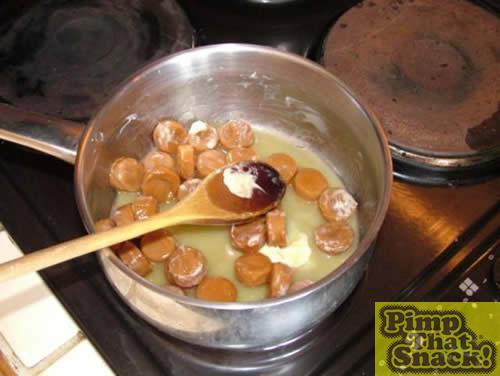 After much deliberation we decided to go for the 4×4 formation twice. This filled the plastic snack harness quite nicely allowing space for the future toffee and chocolate additions. Lion Bars have a predominantly soft-textured toffee surrounding the wafer that a harder type toffee could jeopardise. It was down to real luck (not to mention experimentation) but half a pound of Morrison’s own Dairy Toffees with a blob of Lurpak constructed a perfectly malleable ad-hoc caramel sarcophagus. Things were looking rather good. Until… 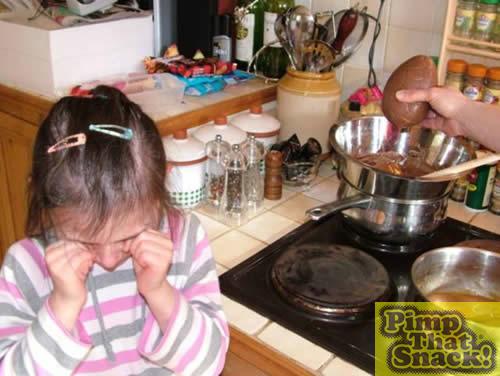 We sent Anthony out to Spar to get the largest bar of Galaxy that he could find (80g at about the same price the two 150g bars were). Also, we stole three Easter eggs from the kids. We’re not proud. If it’s any consolation though, they found out quickly and accepted goods of a higher value in exchange for their silence. A fine example of family corruption to rival any chapter from the Godfather franchise. This could all have been avoided if I’d bought half of Morrison’s stock of MILK chocolate instead of their DARK stuff. Well… it all looks the same to me and I was in a rush. 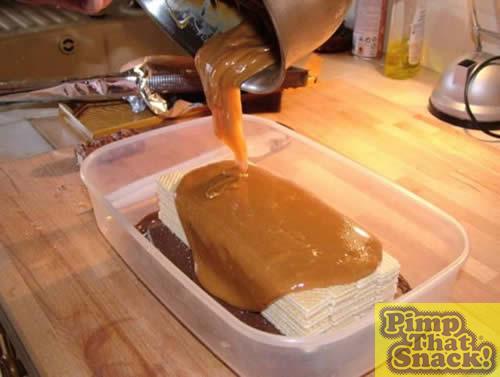 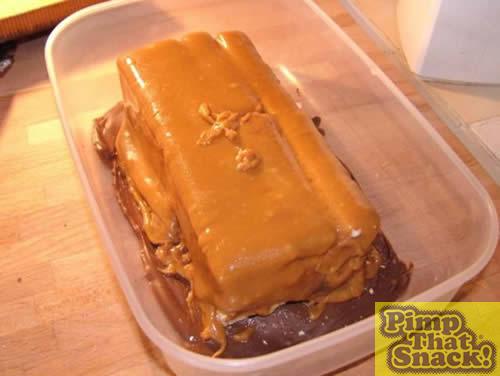 Toffee sarcophagus cooled, we mixed the chocolate with the cereal of choice. No Kellogg’s in this house lemme tell ya! No sirree, it’s Morrison’s own that we spooned into the mix taking care not to add too much that would look more like a primary school cake stall effort. The ratio seemed just right with three ladles from Marisa and after a couple of minutes it was ready to be poured over the toffee to make the final layer. We stroked it all into place as much as we could with a plastic spatula and witnessed some seepage from the wafer’s chocolate flavouring as it sought to escape it’s toffee doom. It didn’t stand a chance. We finally sealed the snack after what seemed like ages and I put it in the fridge to harden into what we thought would be just another twisted paragraph in snack history. 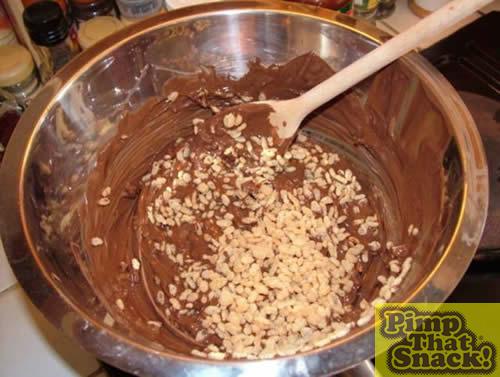 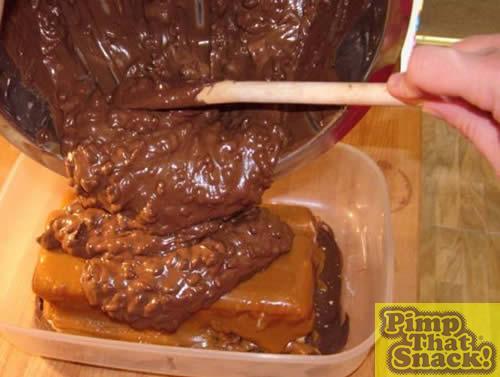 We brought it out about an hour and a half later and cut it open. We fell to our knees as we tasted it. And lo, it was very fine. It was no longer the timid snack of fools. All snacks bowed down before it for this was their King. Even the original Lion Bar in all it’s 50g majesty was not worthy and abdicated immediately. It had been tamed by the beast of a feast that was indeed, the LION KING BAR. 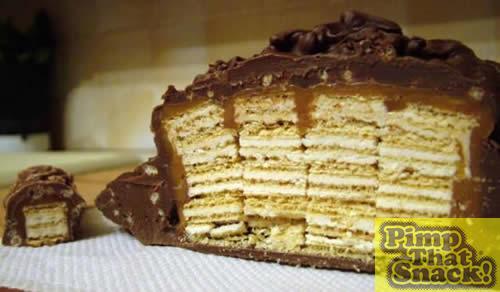 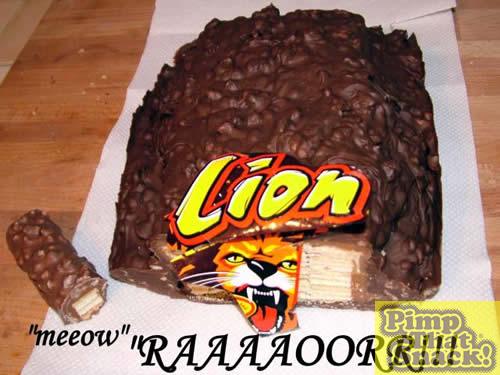