Ok. We made a really big M&M. It’s bigger than anything else on Pimp That Snack and over 1000 times the size of the original object. This sounds simple, but when you have a collective IQ lower than a lamp, its actually quite troublesome.

Around 4kg of the cheapest chocolate you can find.
A box of Glucose Powder
Bag of Sugar
Bag of Flour
Red Food Colouring
Icing
Silver Balls (leftover from the Rainbow Burger simple Pimp) 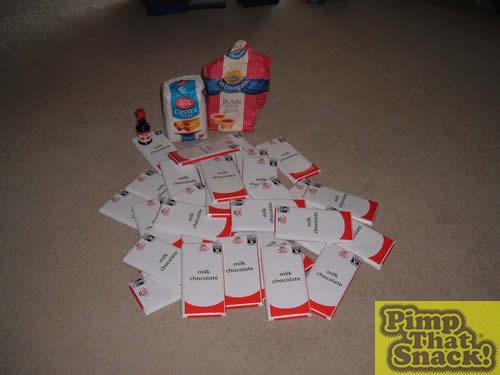 Because we are utter retards, We pretty much forgot all the ingredients when we went to our local ASDA (source of quality cheap goods)It took around 5 trips to get all the stuff that we needed, a complete mission for the Glucose powder, which apparently we needed.

After searching on the internet for a recipe for an hour, we were shown the light with Wikipedia (hiss, spit) providing direct links to how to sugar coat chocolate. They said we needed "Sugar, Flour and syrup"

Being so vague we searched for whatever syrup we could, but with the advice of a friend picked up the glucose stuff.

Anyway. Firstly we melt all that damn chocolate down. Being the idiot that my friend is, he put it on max heat thinking that the quicker it melts the quicker we finish, and most of the chocolate ended up as a burnt mess.The second half was completed by yours truly and was much more smooth. As you can see it took a lot of effort a lot of chocolate. Due to the burnt mess, the amount was reduced to around 3500grams.We then put the mixture into a bowl with greaseproof paper so it didn’t stick. 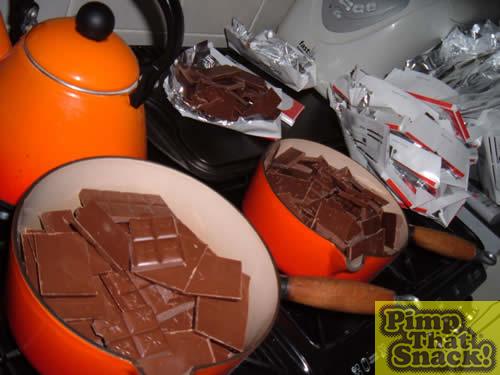 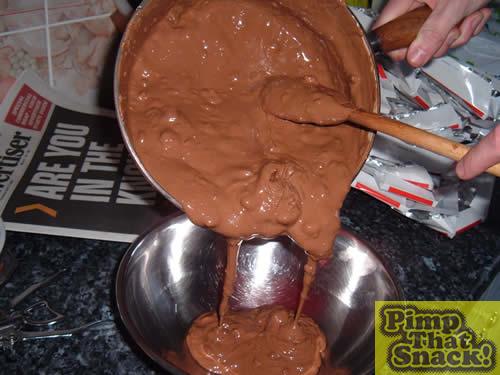 At this point we really do feel quite silly. After hitting the bowl as hard as we could for a while, we began to think logically. so the bowl was duly dumped into a bowl of warm water to melt the sides so the chocolate would just slide out. result :)We used melted choc to stick them together naturally. 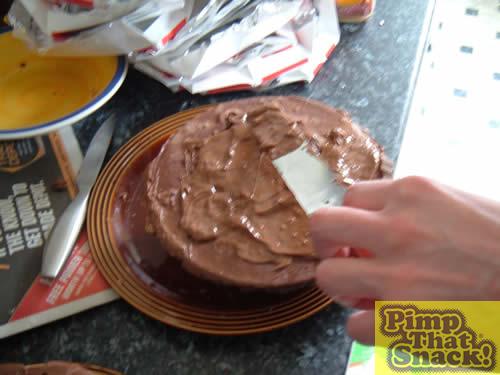 Then my friend, realising that our supposed M&M was completely deformed decided to take to it with a hedge trimmer to cut the damn thing into the correct shape. As to whether this worked or not is debatable 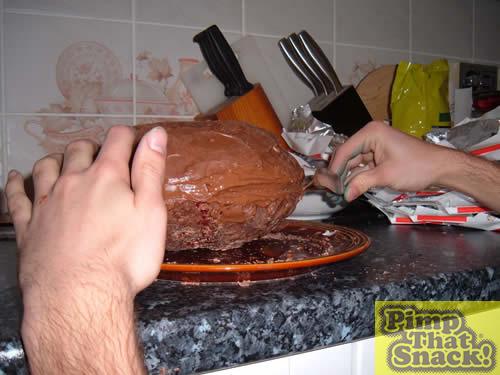 Now it was time to make the coloured shell of the mega M&M. after much thinking and deliberation the internet gave up the answer. a simple recipe of just flour, sugar and glucose syrup. So it was off to ASDA for about the 5th time on this pimping adventure in search of copious amounts of sugar.

No luck. ASDA don’t stock glucose syrup, not surprising really though because there is a very real health risk of eating just that much glucose. It was a chemist that gave us the answer in the form of glucose powder – . Just add water and away you go. You would think it was simple, but no. I added way to much water and it was way too runny, so we preceded to add mammoth amounts of flour to the mixture to thicken it up a bit and to keep the taste the same amount of sugar was put in. Once it was at the right viscosity we preceded to pour it over the top.

The plan was to do a layer, let it dry and harden then do another, building up a nice thick shell. A week later and TWO layers later and we decide that it’ll do. 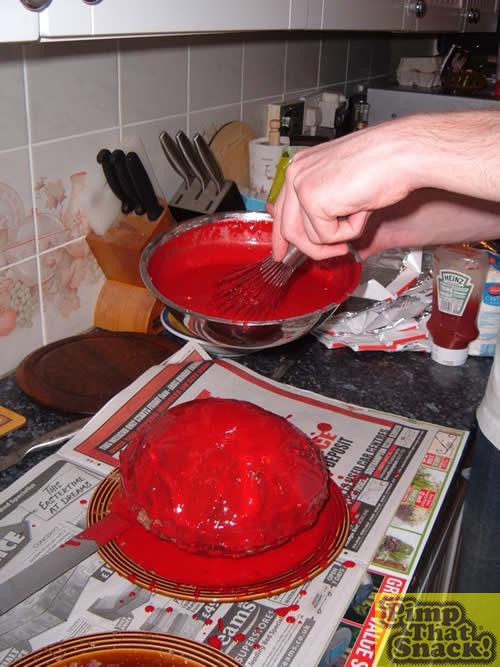 Now for the finishing touch, the magical M. We just had to stencil the M thanks to an image found by our good friend Google image search,We cut round some icing and stuck it over the top. We added the silver balls for good extra pimping measure. To pimp this daddy to the max. Ridiculous? Yes. Expensive? Yes. Tasting Awesome? Probably not. Nevermind, we had a good time. 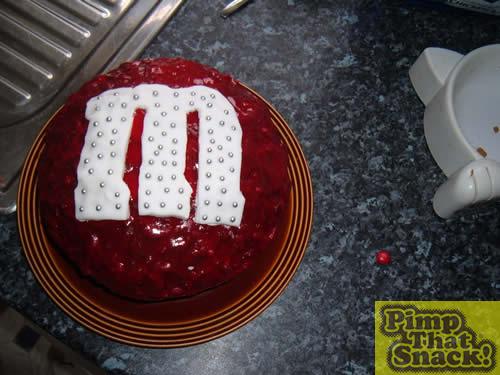 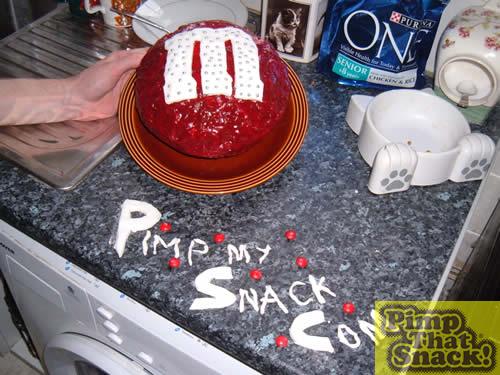