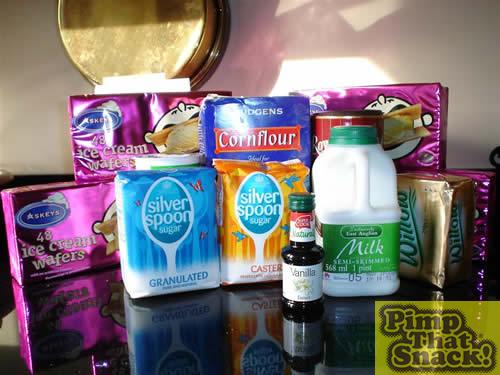 First we had to crush the wafers and mix with the sugar and melted butter. This took way more butter than therecipe said though:(. One of the bowls had a tin-foil mould in it to make the hippos head, but the other 2 were just standard mixing bowls.we coated all three to make the hippos humps and head and baked for half an hour.Once out the oven disaster struck…..not thick enough to stand on their own. My BF had the idea of raiding cupboards and then with oats, golden syrup and even more butter we made a flapjack mix. This strengthened the shells so now much less wafery and more flapjacky!! Never mind tho!! Back into the oven to harden. 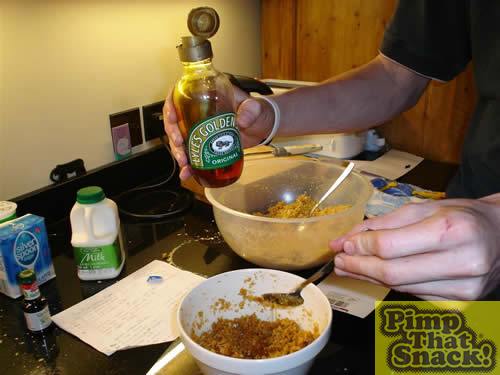 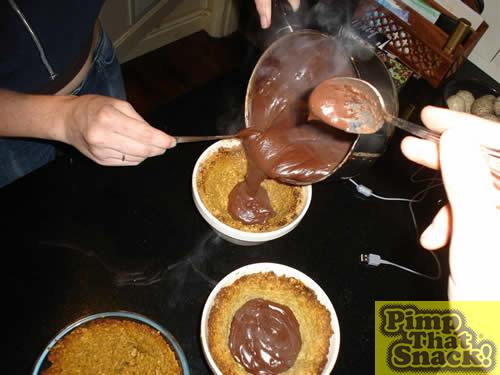 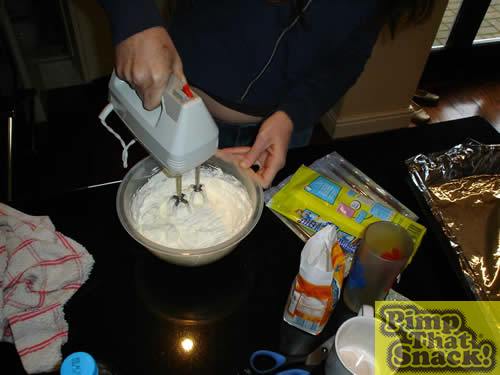 This was put ontop of the mousse in the shells. Then came another tricky bit………turning them out! Each bowl was coveredwith tin foil and turned onto that, then we could lift them into place on the tray. 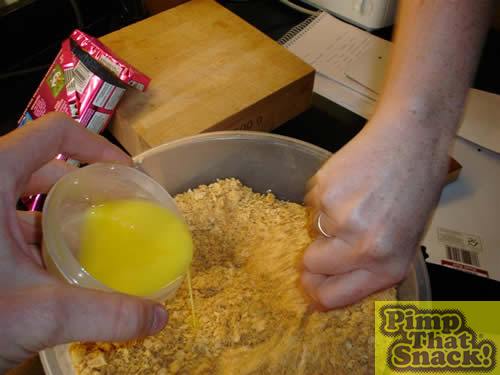 Now all that remained to do was decorate him! We drizzeled honey from halfway down to the bottom of each hump and then pressed on the grated chocolate. A tail, nostrils and eyebrows were painted on with black food colouring and the eyes weremade from 2 pieces of white chocolate with black food colouring pupils!.Et Voila……one hippo!!Here he is with his little bro riding on his back! Unfortunately we didnt measure or weigh him, but i think its clear to see the comparison!! 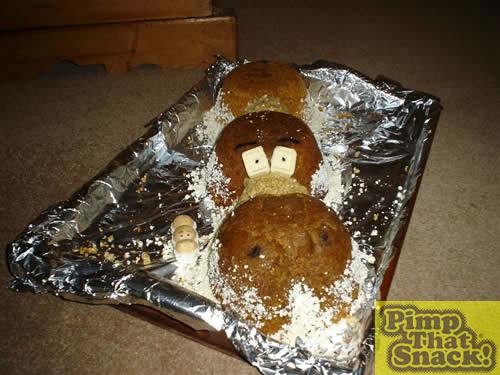 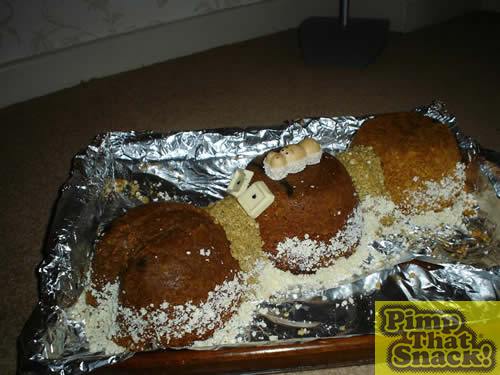 Now, Unfortunately I based my pimp on the cocoa creme happy hippo, but when I came to buy them I couldnt find one ANYWHERE, so we used a hazelnut one to base him on. The inside is different, so i found a pic on the net to proove it ;). Herehe is cut open for a comparison shot! 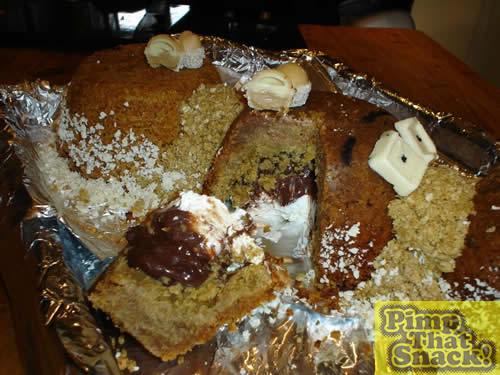 (OK, hes a combination of both!)