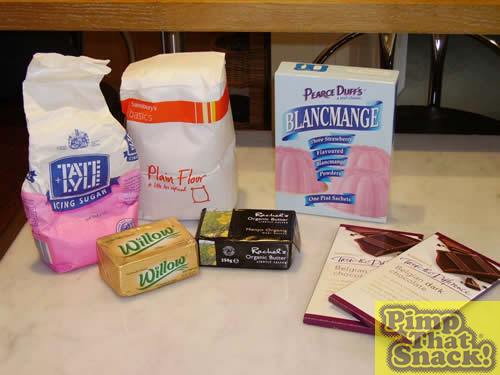 Upon returning from a holiday in Japan I was left with a craving. A
craving for a delicious, sugar filled snack that is nigh on impossible
to find over here (Li says: which is why we found it in the first Asian
supermarket we entered). The snack is Pocky – a wonderful chocolate
covered mini-biscuit stick. After we found a packet (Li: in, as I say,
the first Asian supermarket we entered not one mile from my own house)
half was soon devoured and Li was quickly converted to its delights.
There was something missing though, it seemed a little…small. Being
avid fans of Pimp That Snack we did the only thing two self respecting
students COULD do with a lot of time on our hands – we pimped that mother!

We headed down to our trusty Sainsburys for supplies and were
surprised at the low cost of this operation. Ignore the strawberry
blancmange, this was a foolish whim caused by the supermarket’s damn
dirty strategies to sell their products… i.e. having them at
eye-height on an aisle we just happened to go down (Oz: Watch this space
for a pimped blancmange!).
Obviously the first step was to make the biscuit sticks. We did this by
melting hte butter in the microwave until it was soft then creaming it
with the sugar… or we would have done if Oz had owned an electric
whisk. Instead it was down to me to do my best with a knife. 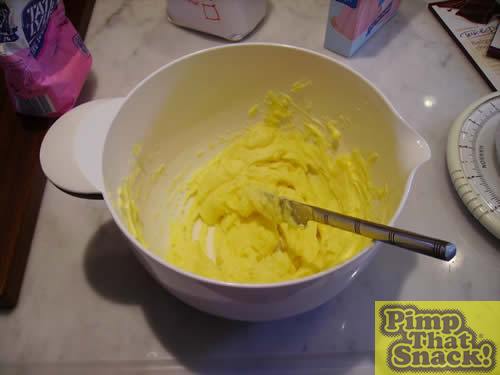 After adding flour and a little more arm work from yours truly, the
biscuit was ready. The dough that wasn’t eaten by Li was then rolled
into long…rolls and finally baked at 165C for about half an hour. 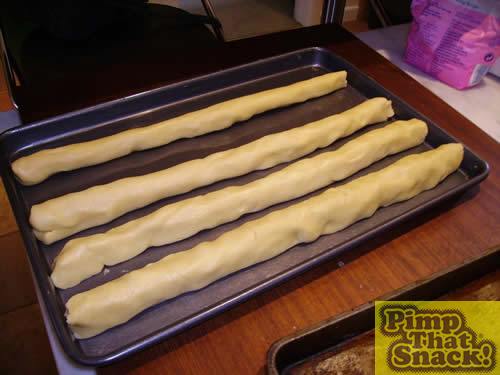 We
had to keep checking them often and reshaping as they spread out and
went a bit flat during the baking process. As soon as they were crispy
on the outside and not too bendy we took them out to cool and set to
making the chocolate coating. Note that the sticks cooling in the
picture are half size – we stuck them together with chocolate later. 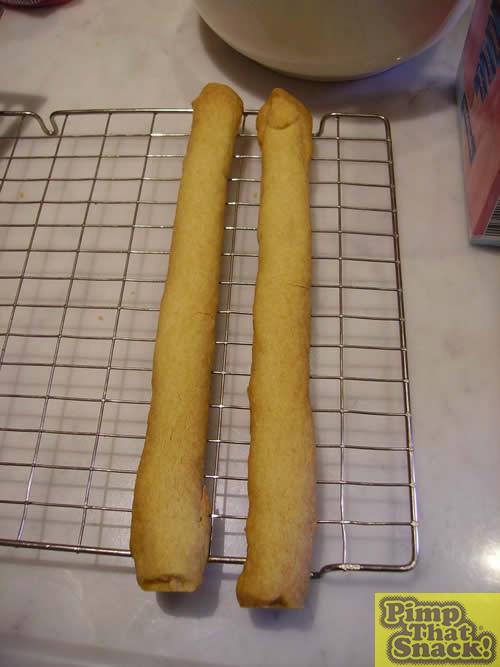 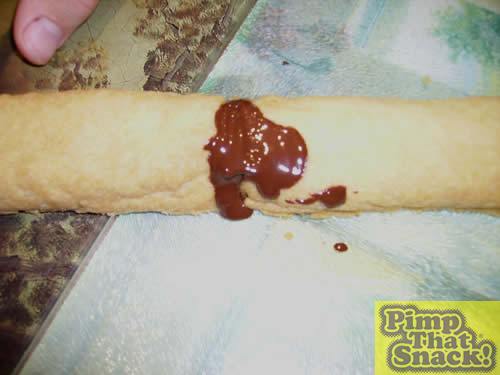 The soon-to-be Pockies were transferred with extreme care to two
glass mats, to prevent kitchen messing-uppage. We then melted the
chocolate for 1 minute in a 750W microwave and coated the biscuits to
make a delicious giant Pocky that even (in our opinion) tasted vaguely
(Oz says: quite!) like the real thing as an added bonus. 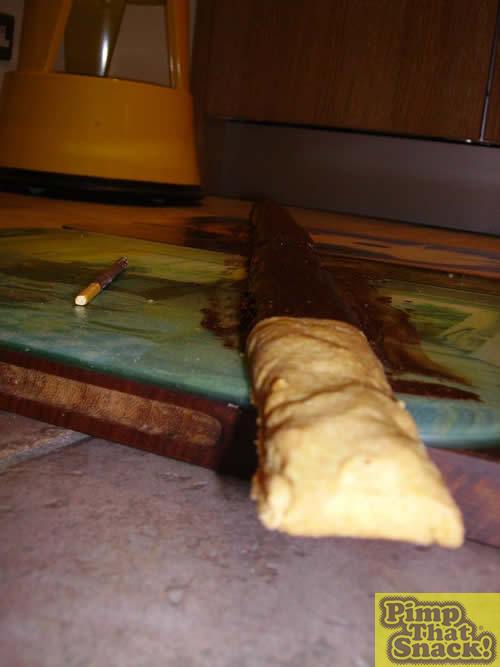 So behold! Our sumo-sized Japanese snack! 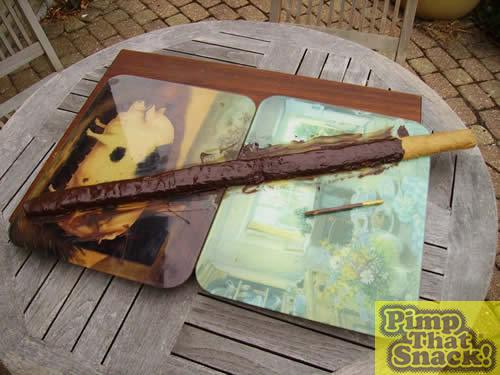