After browsing Pimp That Snack, we decided we had to try one of our own… and our friend’s birthday provided the perfect opportunity to do just that!

Ingredients:
2 boxes chocolate cake mix
Oil of some sort (cake mix calls for this, but we didn’t end up using any)
1 Egg (not pictured)
Water
Cookie dough ice cream 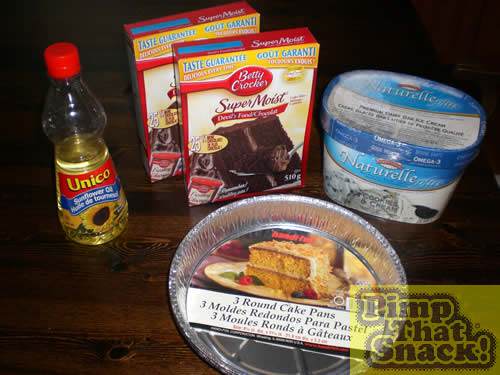 Step 1: Mix 1 box of cake mix with 1 egg, and enough water and/or oil to make it a cookie-dough-like consistency. We wanted the cookie parts of the ice cream sandwich to turn out less cake-y and more dense than actual cake. So just add water a bit at a time until it looks dough like. Ours was thick and really sticky and incredibly difficult to scrape off the spoon! 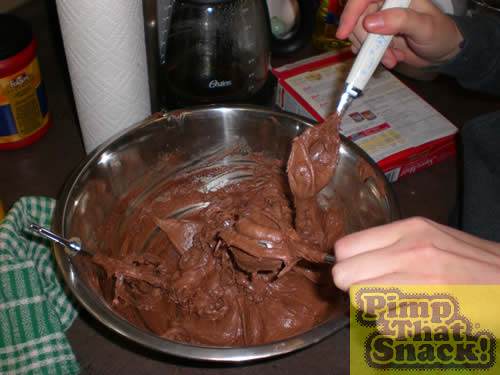 Step 2: Pour, or in our case, painstakingly shovel the sticky dough into two round baking tins. We used disposable foil ones for ease of removal after baking. Make sure the top of the cakes are smooth! 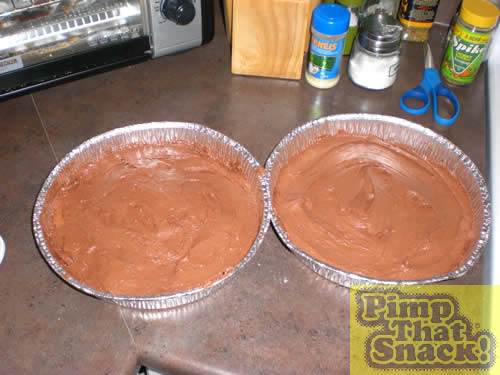 Step 3: It’s time to make the topping/decoration so that our ice cream sandwich looks like a real Oreo! Mix half of the other box of cake mix with even less water so it has the texture of modelling clay. 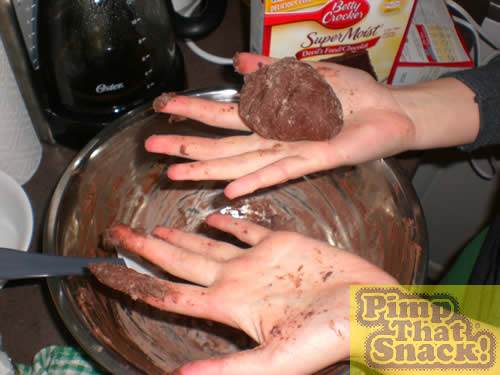 Step 4: Roll out this dough and cut in to triangles, dots and lines, and place them on one of the cakes to re-create the Oreo pattern. Lacking a real Oreo cookie, we referenced a picture of one on the internet! Since this was a birthday cake for a friend, we wrote his name in the centre rather than "Oreo". 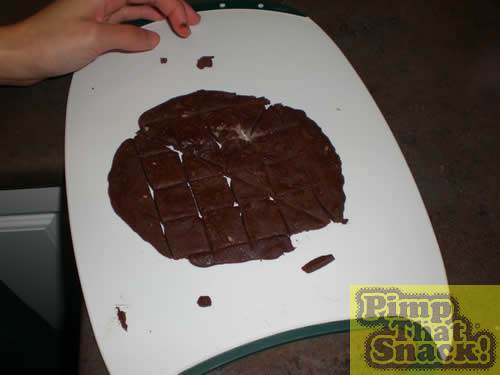 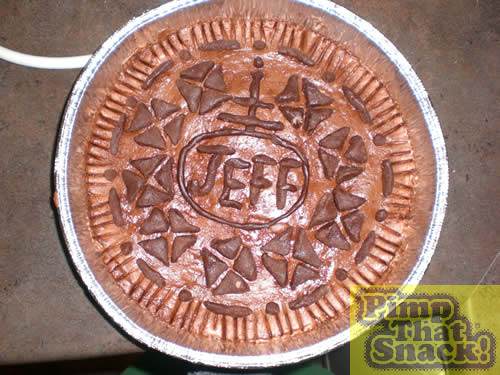 Step 5: Bake according to directions on the cake mix box. We took our Oreo cakes out after about 20 minutes, but they probably could have stayed in a bit longer because they came out kind of soft. 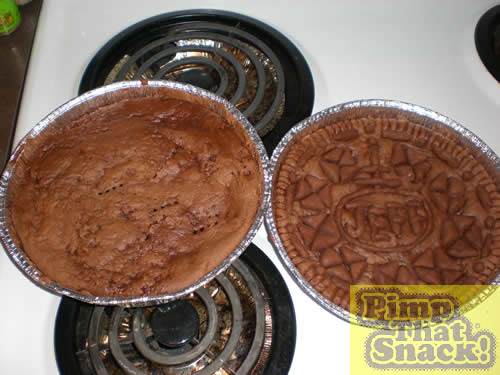 Step 6: After the cakes have cooled and been removed from the tins, spread the cookie dough ice cream on the bottom half. We softened the ice cream first, which may have been a mistake – it was pretty runny. Our Oreo ice cream sandwich took the whole tub of ice cream! 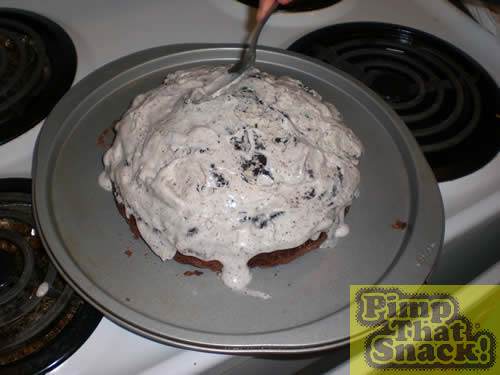 Step 7: Put the top cake on, and get it into the freezer before it melts everywhere! 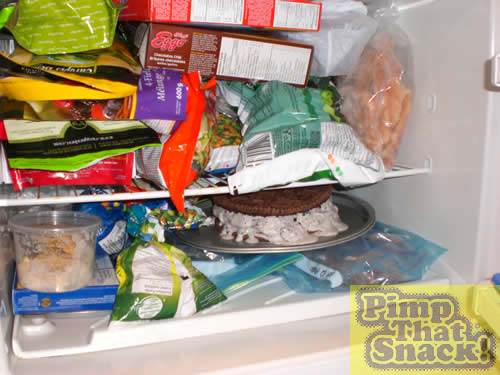 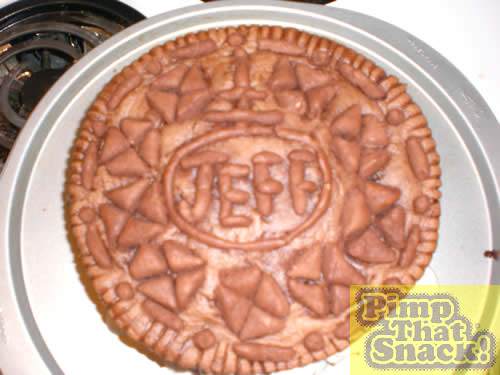 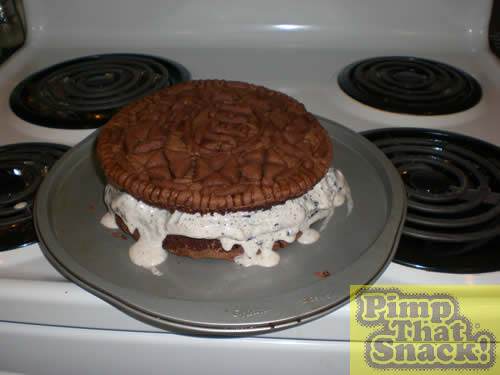