After the relative success of my über chocolate pretzel, I decided to create a pimped version of myself – a giant donut!

To make this oil-soaked beast, you will need: 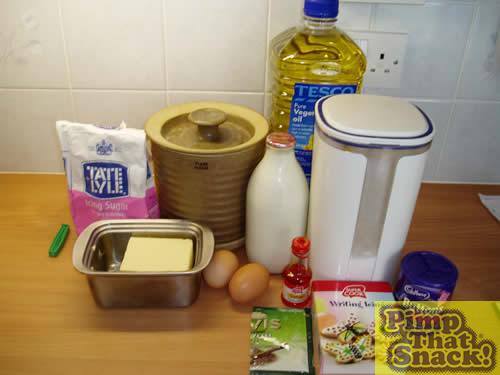 Mix the flour and yeast in a large bowl, and rub in butter to create a breadcrumb-like texture, and then add sugar. 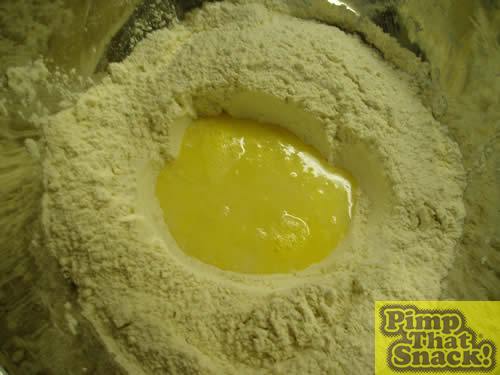 Add the eggs, milk and water and mix to a smooth dough. 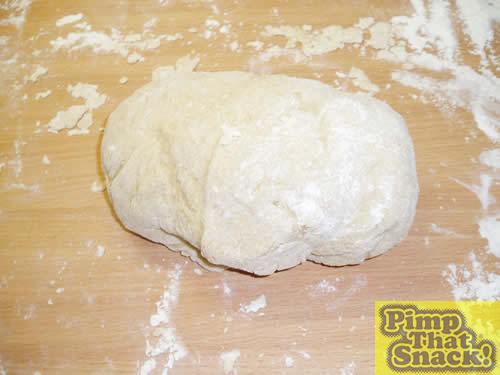 Knead the dough on a floured work surface. If the work surface is not floured, the dough will probably stick everywhere. And then it’s a pig to scrape off.

When the dough is nice and elastic (not literally elastic, it won’t hold your trousers up), stick it back in the bowl and cover with oily cling film and leave ‘til the yeast has worked and the dough is double in size. 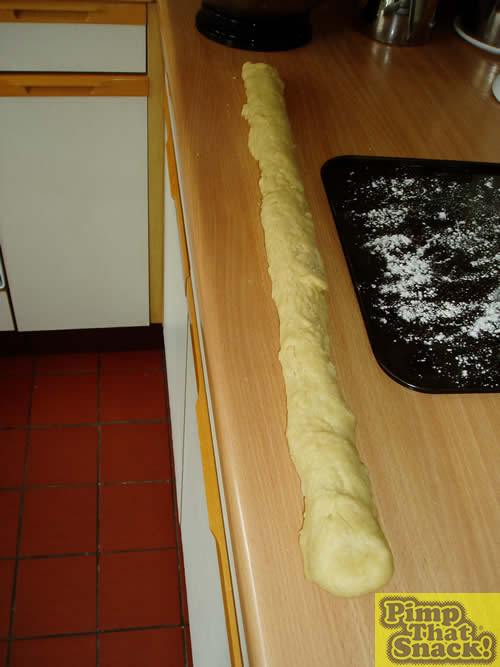 Plop the dough back onto the work surface, and knock out the air from the dough. With a lot of difficulty, roll the dough into a long sausage shape, and join up the ends to form a ring shape. 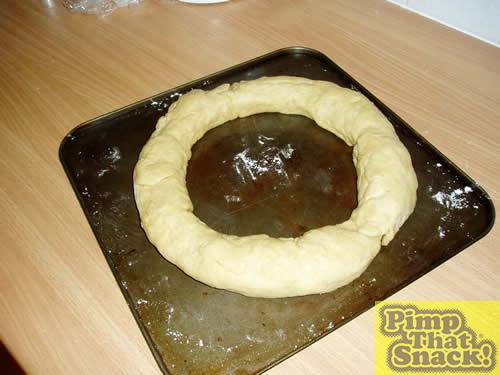 Place on a lightly greased and floured baking tray and cover with oily cling film again until the ring is doubled in size.

Fill a large wok with as much oil as you dare, and using a nifty cooking thermometer, heat the oil to 170 degrees C. 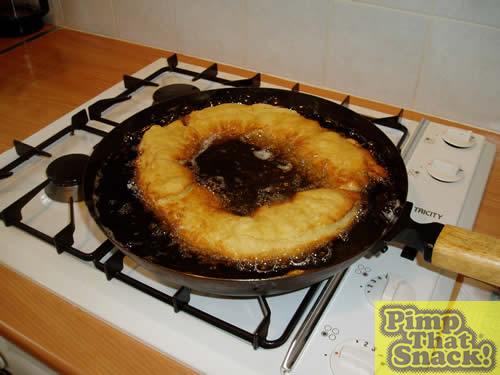 Use two or three fish slices to make a lifting apparatus to lower the donut into the hot oil.

Cook until it is golden brown. I did manage to turn it halfway through cooking, with the help of some old man who arrived in the kitchen looking for his afternoon cup of tea.

Lift the donut out of the oil onto a kitchen towel covered baking tray. This absorbs all the excess oil and stops the donut from going soggy. Dispose of the oil when it is cool.

While the donut is cooling down, mix up some golden yellow icing, as gold is the pimp’s number one colour. The icing must be thick or it will run off everywhere. And I mean everywhere. 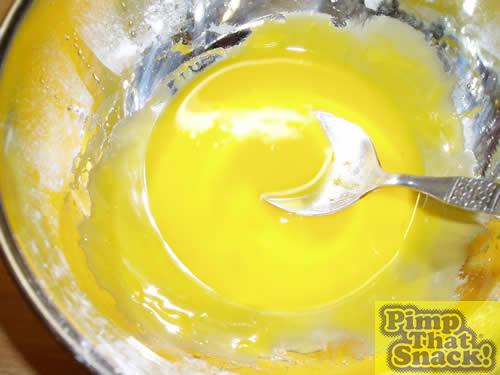 Cover the donut with the yellow icing, and sprinkle hundreds and thousands, or in this case millions and billions, all over it (mmm… E-numbers).
Add some more bling. I could only find a few chocolate drops, so these had to do. 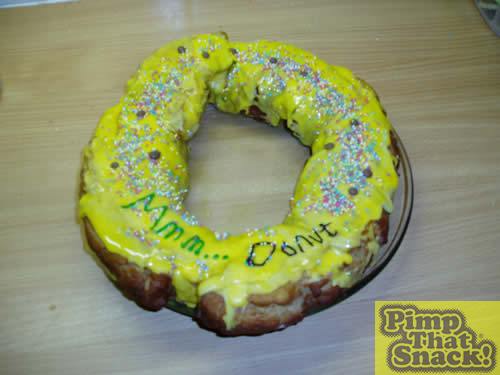 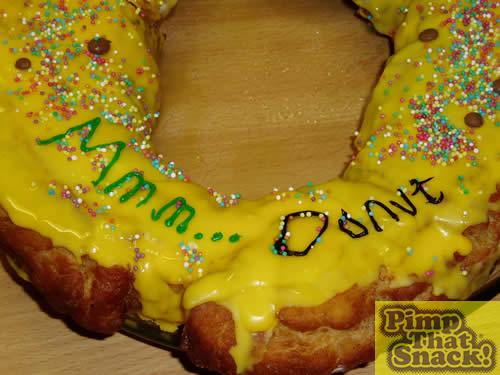 Find a suitable use for some government property by using it to measure the diameter of the donut. Result? 250mm. 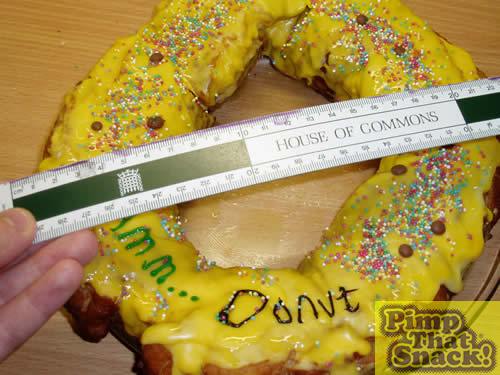