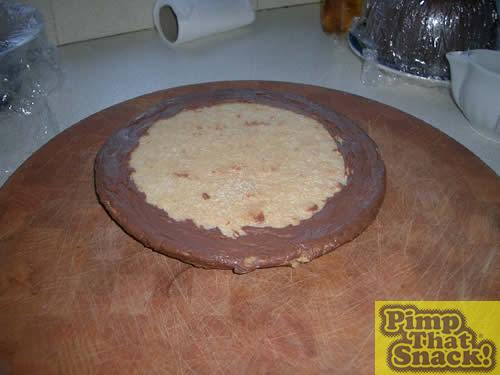 Then we went onto preparing the chocolate bowl. Using a glass bowl approximately the same size as the cake tin used for the shortbread, we covered the inside with clingfilm and pasted the melted chocolate on the insides with three layers (after each layer we placed the bowl in a freezer for 10 minutes at a time) pasting the edges before the bottom of the bowl seemed to work the best as it would set before running to the bottom of the bowl. After the last 10 minutes it is a good idea to loosen up the hardened shell – don’t worry if it doesn’t lift out of the bowl straight away, if you putit back in the freezer (once loosend) for about 30 minutes it should lift out very easily! I’d add a bit of cligfilm to the inside of the bowl once it’s out as you’ll need to put the chocolate bowl back to rest in the glass bowl and you don’t want it to get stuck again! 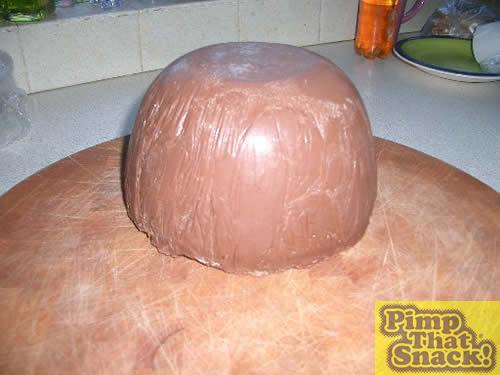 Next we set about melting the marshmallows (But don’t do it this way!). We eventually discovered that the best way to melt the marshmallows was to melt a few at a time in a glass bowl adding more and more, re-heating and re-heating so that the temperature goes up and up so the mixture is loose enough to pour into our your ready prepared chocolate "bowl" (hence the reason for keeping it in the bowl!) However this then went very, very hard a bit like a giant round piece of rock- so if you would like to make a giant chocolate covered Bon Bon, this is the way to do it!!! 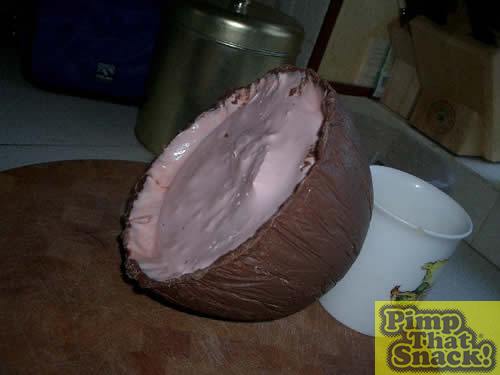 So our next idea was to use a great British dessert, Angel delight for the filling. This worked fantastically! We made another chocolate bowl using the method above, which was already chilled which made a great place to pour 4 packets of vanilla Angel delight into (using slightly less milk than suggested on the packet to avoid runny Angel Delight). This was then put in the fridge for a couple of hours to set (upside down).

The shortbread base was then placed onto top of the chocolate bowl a little extra chocolate melted and used to fix the base to the upside down bowl. This was then put in the fridge again to set and fuse together. 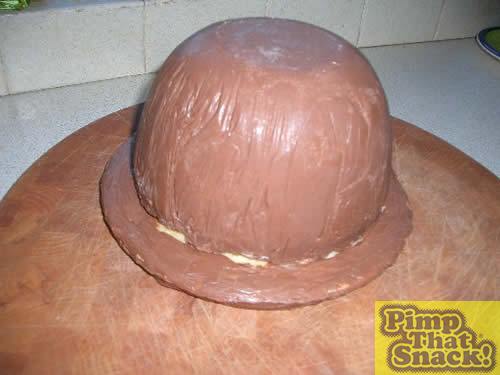 The moment of truth came when the entire tea cake was turned upside down (short and sweet "flipping" is the way to go). 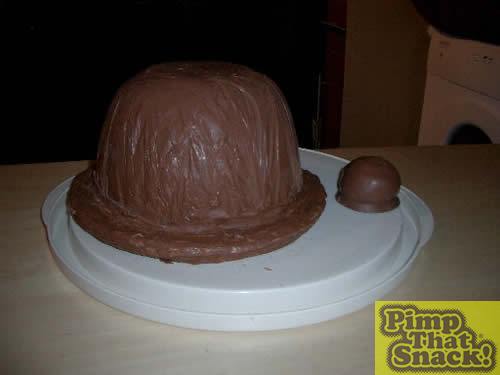 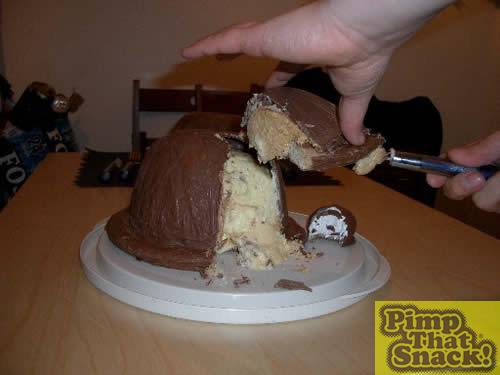