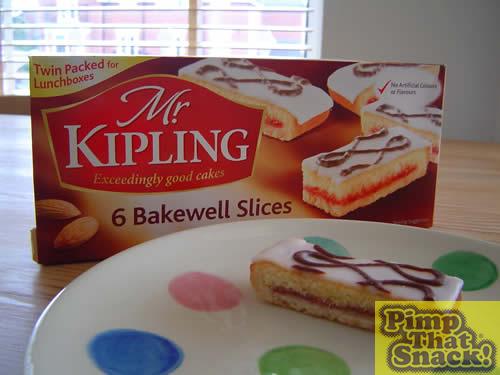 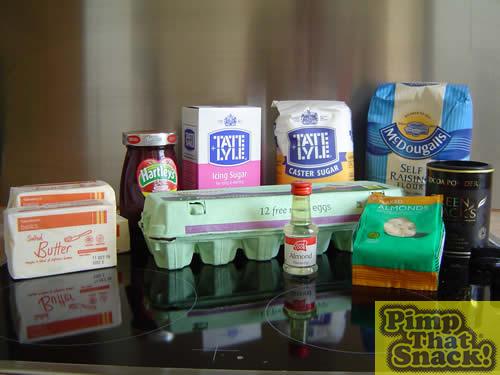 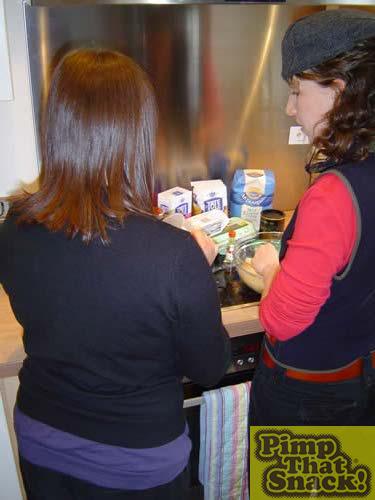 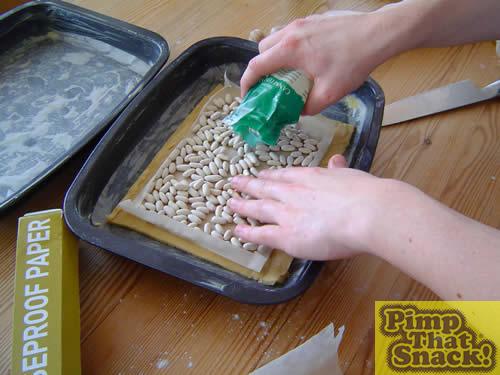 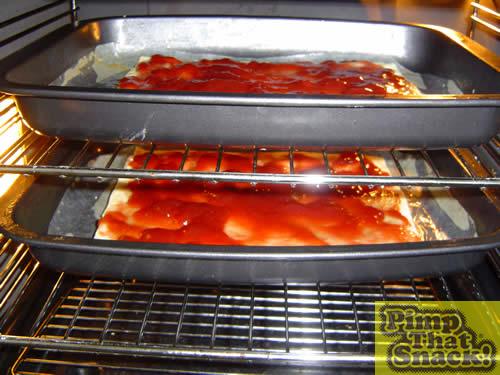 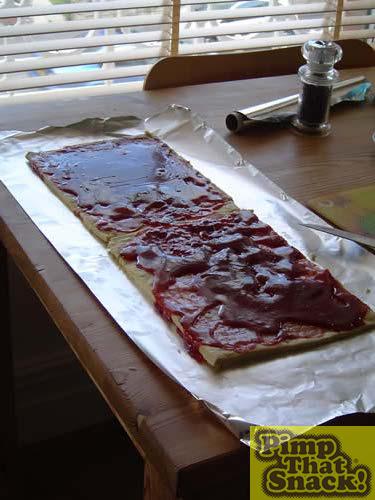 700g butter, 700g caster sugar, 12 medium eggs, 4 teaspoons almond essence and 700g self raising flour was whisked up to make the sponge mixture. We put half the mixture into each baking tray (coated again with greaseproof paper) and baked off at 180 degrees centigrade for 45 minutes. We then took them out, left to cool, popped on top of the bases and cut to size. 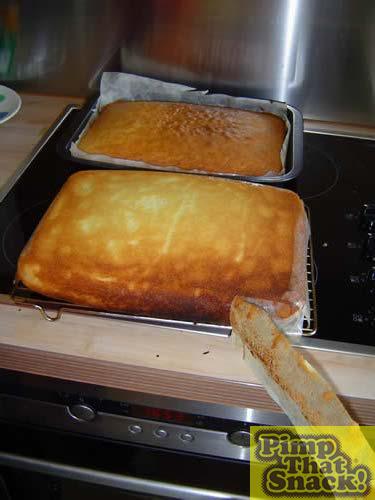 A whopping 900g of icing was mixed with a splash of water and spread all over the top. A simple cardboard structure helped to keep the icing in. 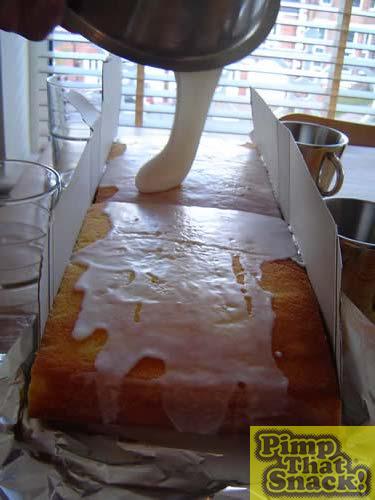 The last 100g of icing was mixed with cocoa and piped through a sandwich bag with a hole in the corner to replicate the intricate Mr Kimpling design feature. 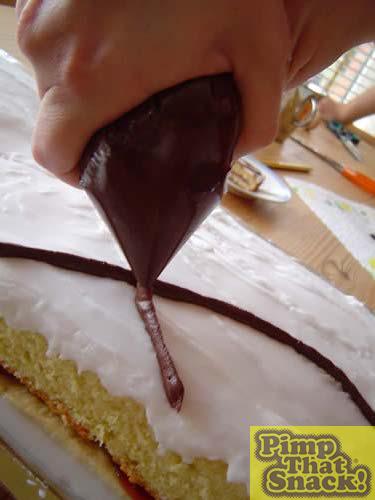 After 5 hours of pimping we were there! The ‘Bakewell Bad Boy of the original Kipling Krew’ stood proud next to his now very distant relative. Not only is the pimped version gigantic but also tasted fantastic and actually better than the original (in our humble and not bias-at-all opinion).. 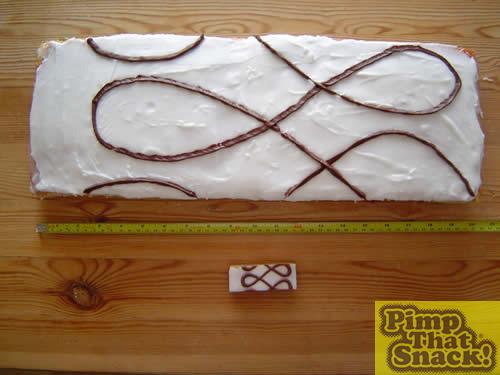 The cake has lasted a week, feeding a healthy 6 people at least twice a day! Pimptastic… 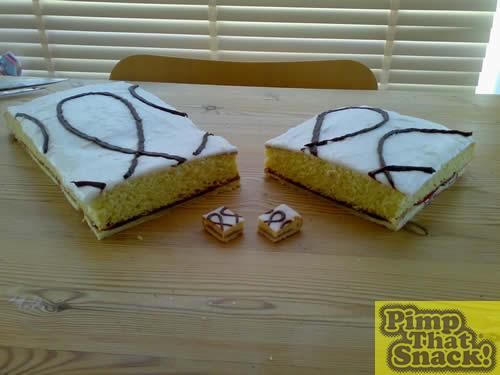