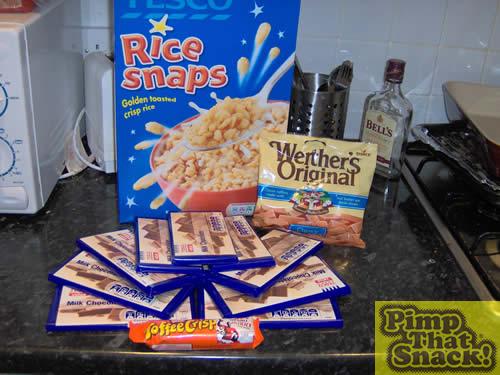 Ingedients: 10bars of chocolate, toffee, rice snaps and a toffee crisp for
comparison.
We ended up having to buy a few more bars of chocolate, as we unfortunately
we hadn’t anticipated the amount we would need, for the outer coating as
well.
N.B. The bottle of bells was for “motivational” purposes.

Having melted our chocolate we set about making the outer case for our
toffee crisp, following a bit of ingenuity involving an empty cereal box to
create and orifice for the crispy bit we managed this 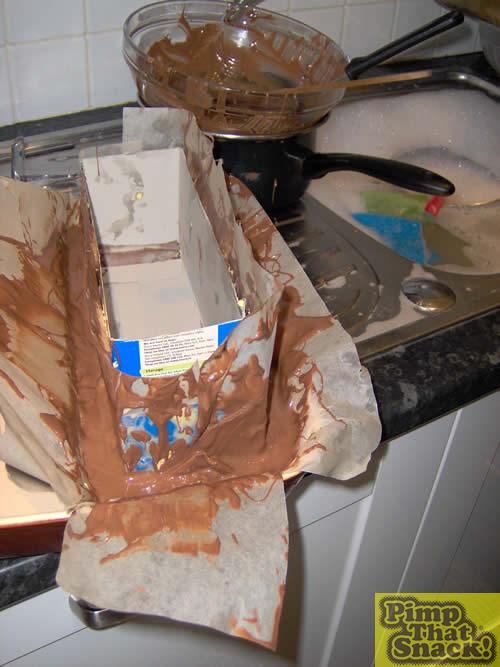 We got a bit caught up in the excitement of our pimping projects, so
unfortunately there are no pictures of us making the crispy part of our
pimp. We melted some toffee, butter and chocolate together and added the
rice snaps, mixed them all together and put them into the waiting outer case
of the toffee crisp. We then put a layer of chocolate on to seal the toffee
crisp. 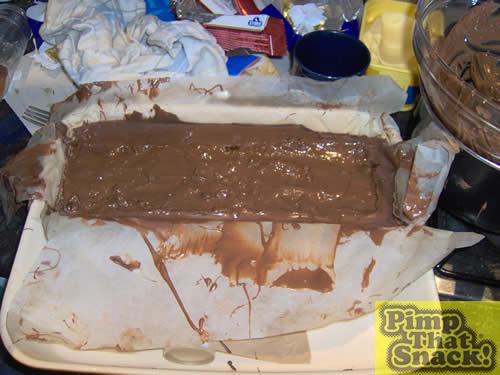 Once the chocolate had set we got the beast out and rolled out some toffee
to go on top of it. 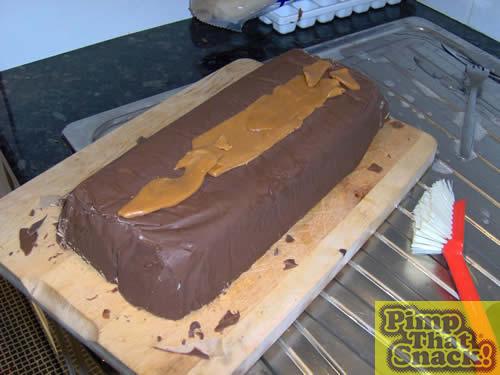 Then we melted some more chocolate and put a layer of chocolate all around
and filled in all the gaps. 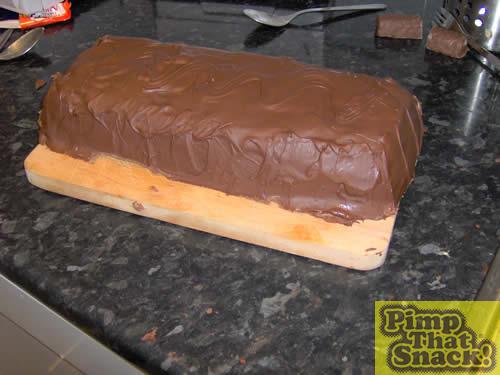 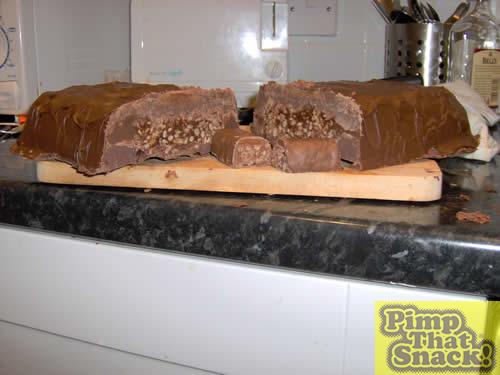 It’s final weight was 1.8kg, which is 38times larger then the original. We
also worked out it had enough calories to sustain a man for 4 ½ straight
days, which it did, but it also made us a bit ill.