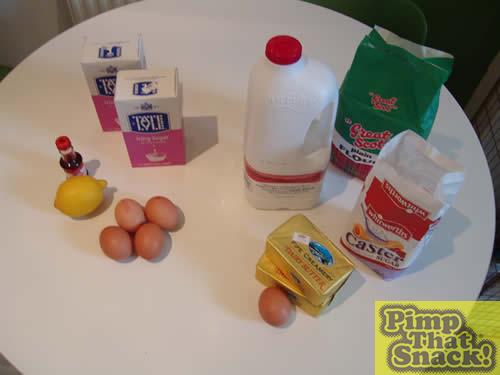 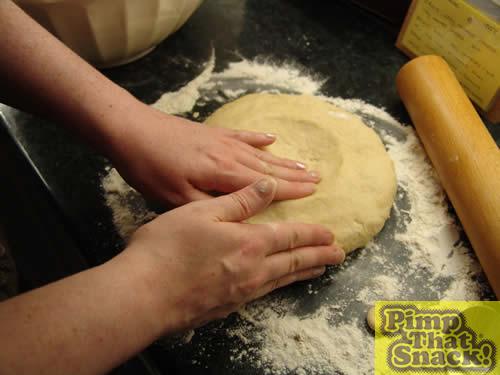 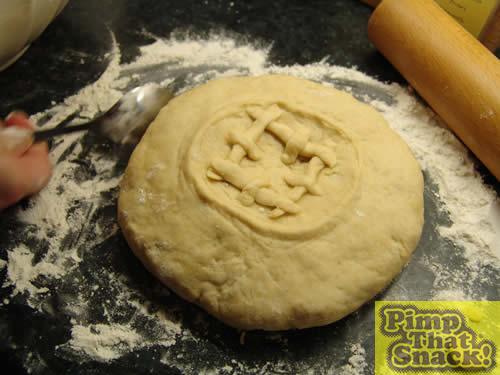 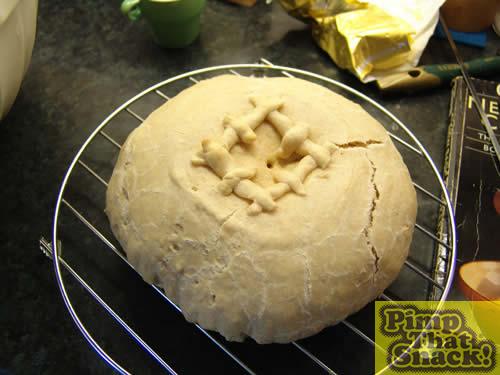 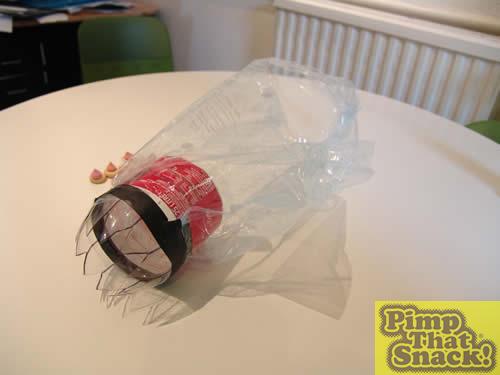 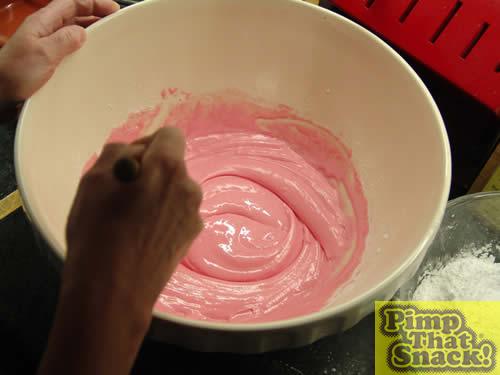 We all took turns at beating in more and more sugar, and then eventually: it peaked! Satisfied that it stood up of it’s own accord, and wouldn’t collapse, we filled the piping bag with the masses of pink sugary goo. Being of a cautious nature we did a test pipe from our star shaped piping bag to make sure we had the technique down pat. It seemed to go well so, after scraping the icing back into the bag, we went for the real thing. Digger’s steady hand produced a fine peak and with a minimal amount of prodding we got it to a nice point. 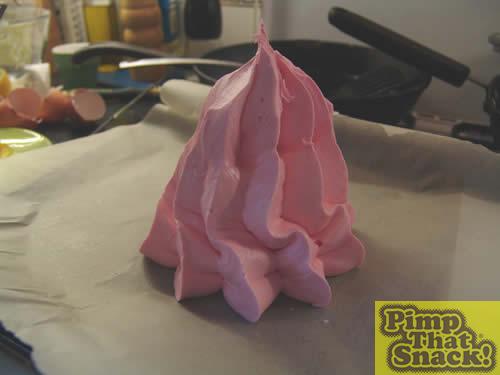 Then we did a final measure up and the Gem has a proportionally pleasing 200mm x 60mm base with a 100mm high iced top.

When we placed the final object next to our original Iced Gems we felt it commanded their respect; bow down you mini-Gems before the mighty Iced Gem-normous. 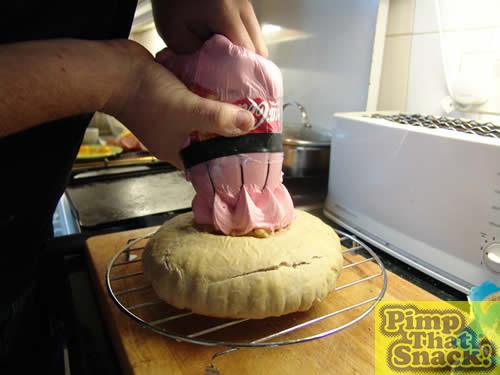 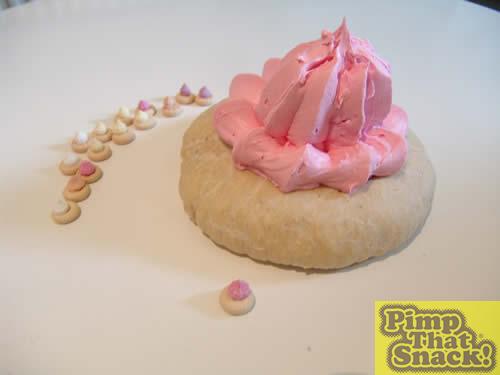 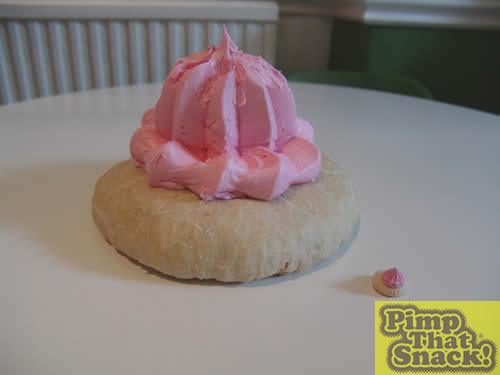 At this point the cat took rather too much of an interest and had to be dragged away before he could dive into the middle of it.

The final thing to do was to allow the icing to harden and then try and snap it off in true Iced Gem style. We waited until the next day and although the icing hadn’t fully dried the top snapped off leaving a circle of pink icing on the biscuit base.