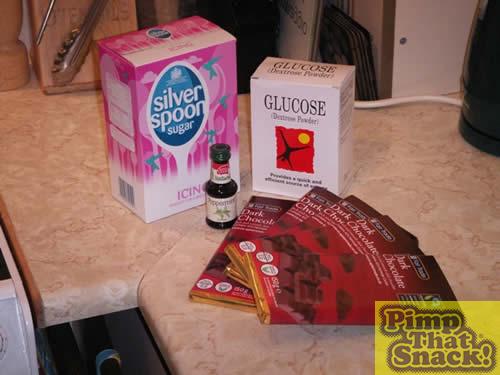 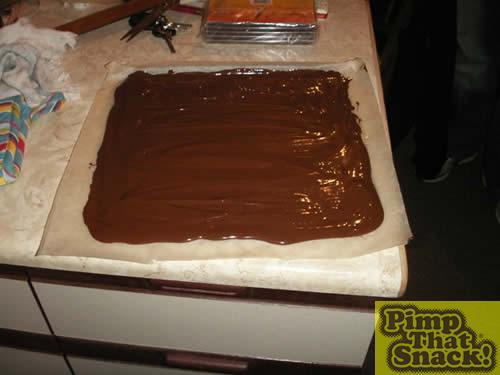 The clock motif was created with a mixture of gold paper appliqué and pen. This was then trimmed to size, and another same size card was cut for the reverse, with an extra “scoop” for easy mint withdrawal. 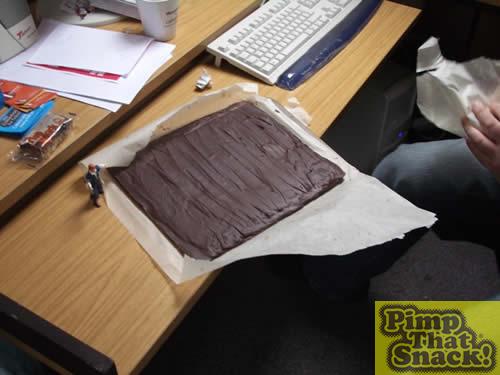 The cover looked good, but at night time (the After Eight is a nocturnal beast) it was a bit dull. We wired up those LEDs again, and fitted a row of red under the front of the sleeve, and two green around the pull-out notch.

Once the sleeve was stuck together, the lights glow done onto the mint – cutting out all that confusion over which end to access your mint.