It was my 30th birthday, and as I was objecting strongly to being dragged kicking and screaming out of childhood, I decided to have a big bash to make the most of it. I’d already decided to make giant Jaffa Cakes instead of birthday cakes (and had perused this site at length for tips!) and had been discussing with a friend what other Pimps we could attempt. She opted for a giant party ring biscuit, and I had a flash of inspiration involving my mum’s favourite penny confectionary. 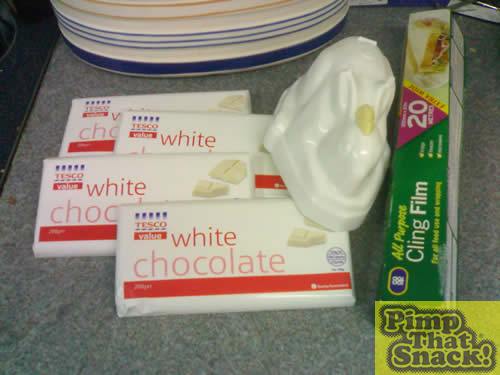 A trip to Makro later, I had a box of 600 white mice. A rabbit jelly mould seemed to be close enough for a starting point, so I started melting the white chocolate and lined the inside of the mould with clingfilm. On pouring in the first bar of chocolate, it was clear that clingfilm wasn’t going to work. So I tipped the melted chocolate straight into the mould. As I squeezed the disgustingly sticky mess that is melted white chocolate into the mould, I reflected that perhaps I should have somehow greased the mould. Ahh well, I’d get the rabbit out of the mould somehow… 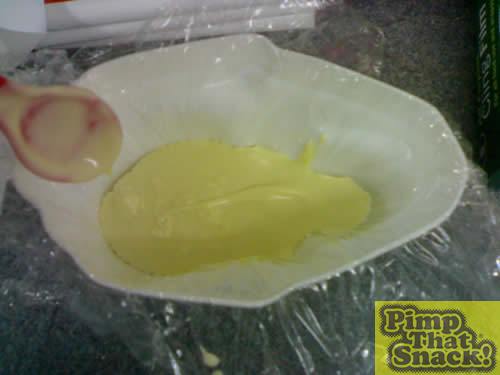 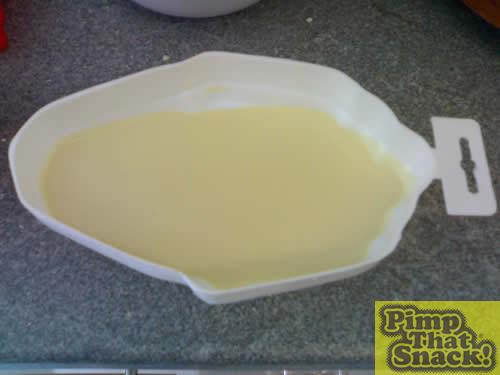 I layered up the chocolate a bar at a time, coating the sides each time so there wouldn’t be a join, and setting it in the fridge. When it was half-full I gave the mould a twist and the rabbit slipped out easily – that was a relief! 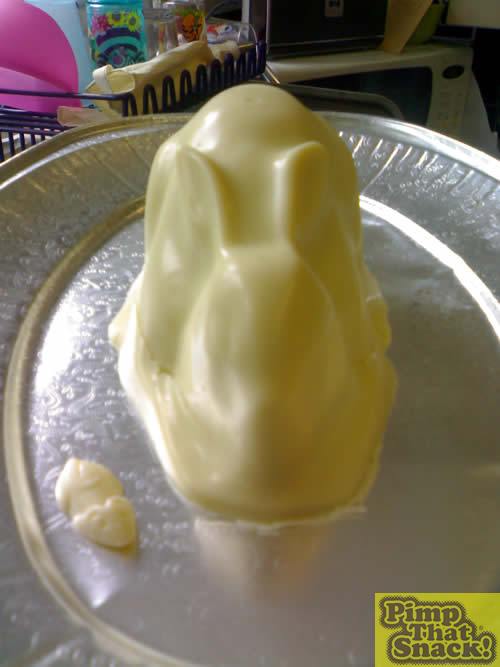 Once it was set and out of the mould, it was very definitely a rabbit and not a mouse. It was at this point I should have stopped…

I tried various techniques of carving and using the back of a hot spoon to melt away rabbit ears and smooth over joins. It didn’t work. People kept saying the ears needed to be bigger, so in the end and in a fit of pique I stuck two unused squares of white chocolate on the ears and called it a day.

Ladies and gentlemen, I present: the Giant White Guineapig! 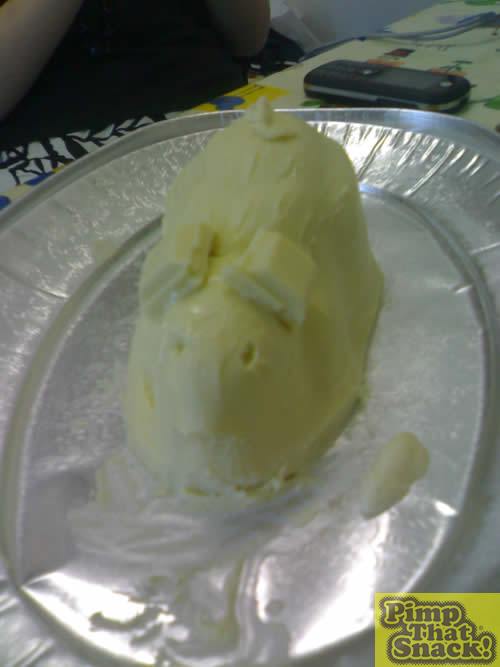 And from my birthday night out – Pimped Giant White Rodent, Jaffa Cakes, party ring biscuit and one of those things with the white chocolate and the hundreds-and-thousands that we called skiffle disks, but everyone know by a different name. 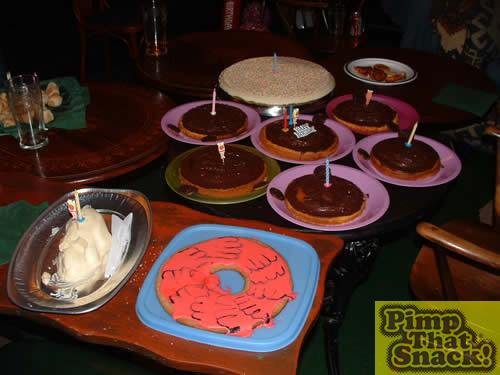