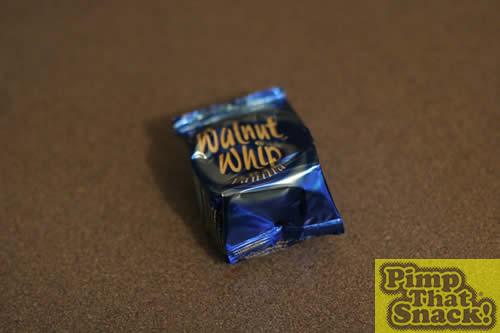 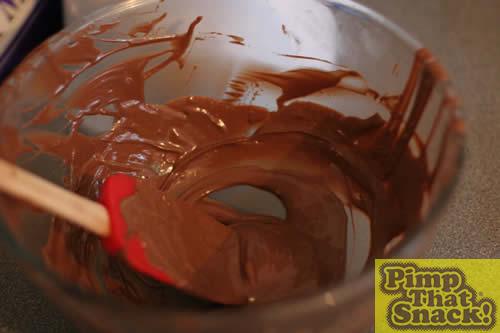 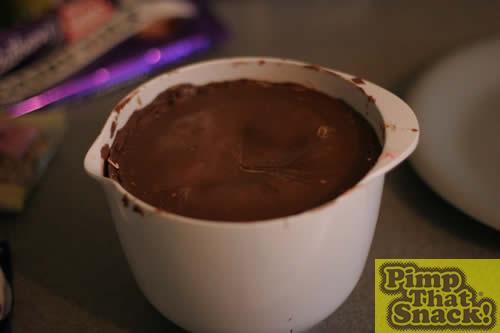 Luckily removing the pimped out walnut whip from the bowl proved to be extremely easy and came out with just a couple of taps on the bottom of the bowl. The one drawback being that the bowl has made the outside completely smooth which is not the walnut whip way. 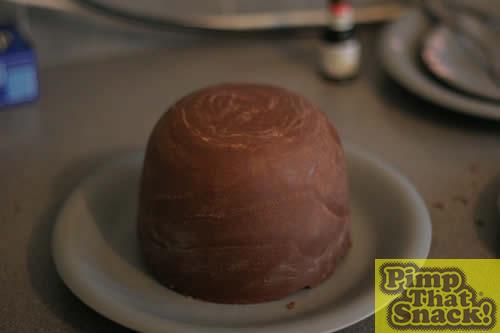 Now some people might have just stopped at this point and moved onto the walnut topping anyways. But being a perfectionist I couldn’t be pleased with my pimping until it shared the same rough exterior as the real deal. I melted the last bar of chocolate and using a spatula spread ¾ of it all over the outside of the shell. I then tried to draw rough lines in the extra chocolate layer. Then back in the fridge it went to set. 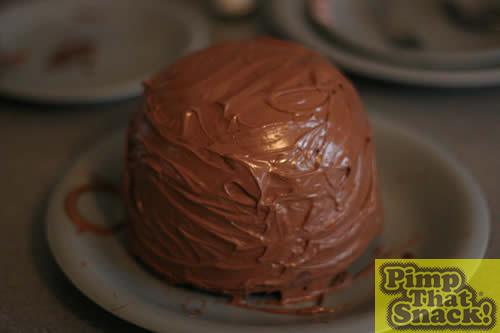 No walnut whip could ever be called as such without its crowning glory, the Walnut (the clue is in the name people). But on a pimped out snack like this a single walnut just wasn’t going to cut the mustard. I took the last ¼ of the melted chocolate I had saved from the final bar and placed a small circle of chocolate on a small side plate, I then took my packet of walnuts and using chocolate as a binding agent made a large mound of nuts. This went in the fridge to set as well. 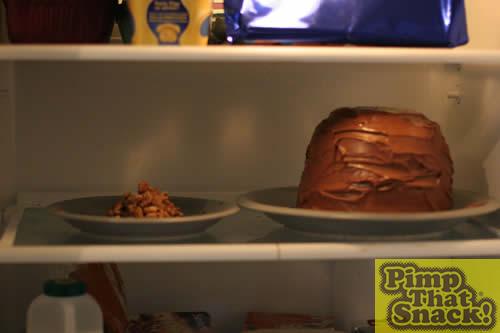 Once both parts were set I then took the walnut lump and using the very last bit of chocolate as glue stuck it atop the summit of mount walnut whip. Again back into the fridge for a bit.

Finally it was ready, after nearly 3 hours of toil (not counting the waiting parts) it was done. I had successfully pimped my snack. I tasted success and it was sweet.

Side by side size comparison: 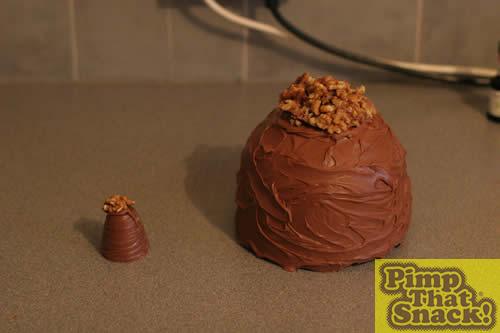 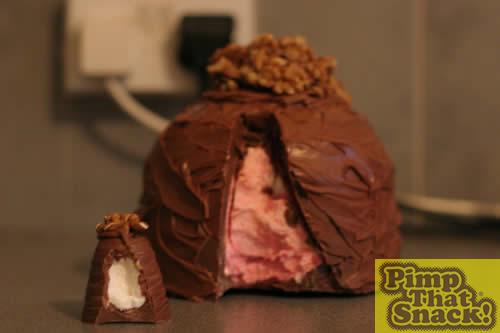