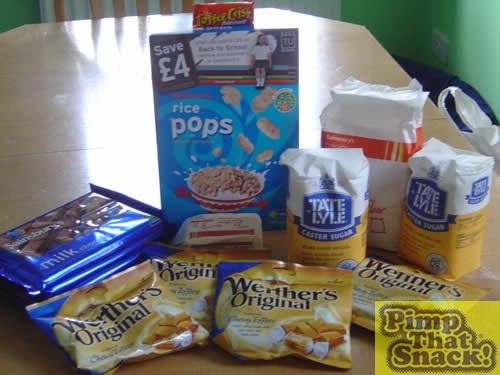 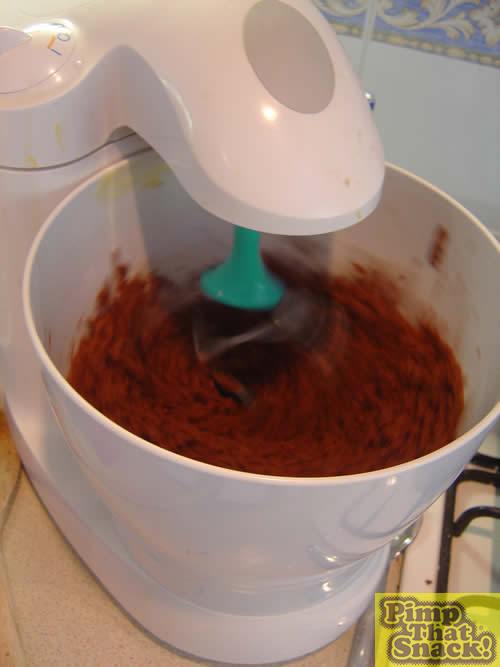 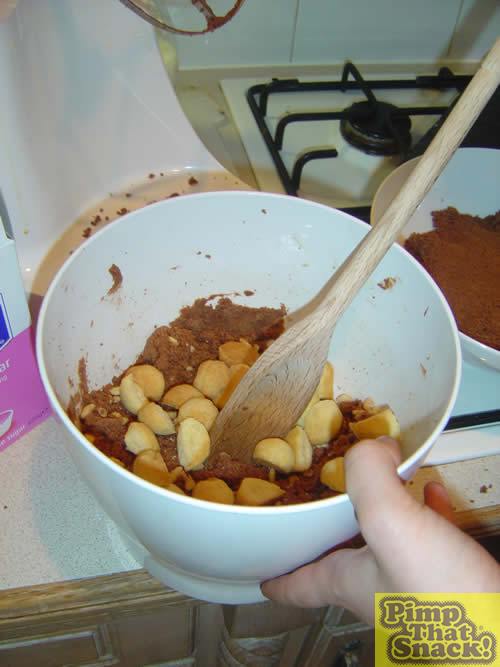 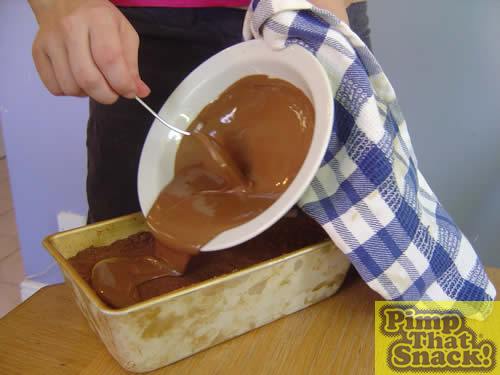 We all held our breath as the moment of truth came. By this time we had gained two hungry adolescent boys who had demolished our entire cookie (see earlier commentary). They were as concerned as we were for the welfare of the pimp, for now it was time to remove it from the womb that was the tin. We slid a knife around the edge, put a board on top, turned it upside down and prayed. Clearly one of the gods we prayed to existed as we managed to set the pimp free without so much as a crack. It was an emotional moment for the pimping crew and we had to take a minute to sit down and admire our baby. 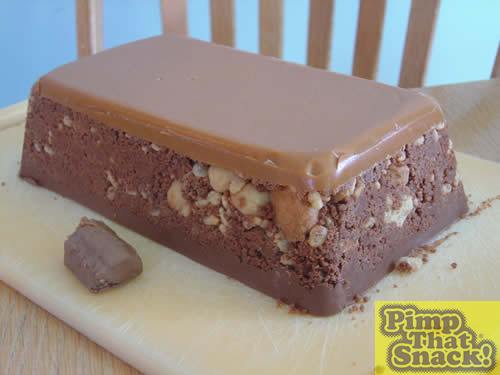 However, it was still missing one final touch: the chocolate coating. While the underside already had a chunky layer of cocoa goodness, the rest was feeling chilly without its warm chocolate jacket. We melted more chocolate, poured it over the pimp and carefully smoothed it over. All that was needed was a final spell in the freezer and the pimp was complete. 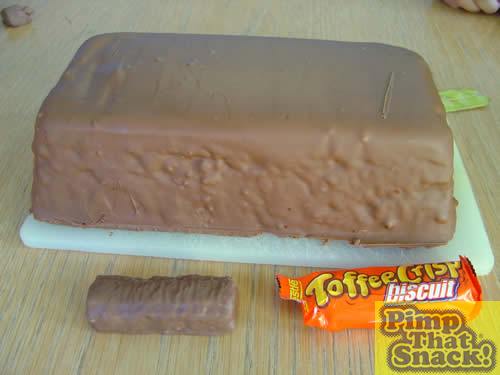 For the obligatory cross section we somewhat underestimated the strength of our creation. A pimped up knife was necessary to break through the tough interior, so we somewhat savagely split our pimp in two with a meat cleaver. 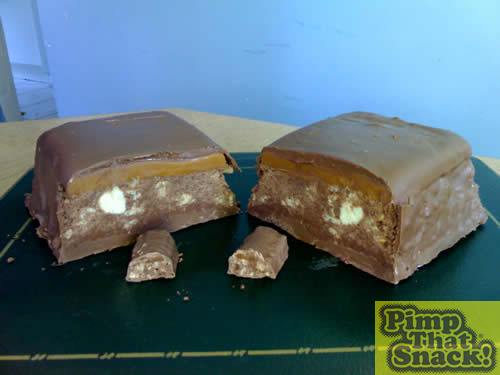 Naturally the pimp was a huge hit at the barbecue, but we were all feeling too stuffed to eat the entire pimp as we’d been snacking on ingredients all afternoon. We managed half of it though and it was good, honest.