First of all a couple of notes… this is quite a big pimp because everything is handmade and I thought you might as well have it all in one place If you have a better bread recipe by all means use that one. Secondly, the estimation of the cost is quite a big estimate as I had a lot of the ingredients in the kitchen already but I’ve done my best to give an accurate estimation for making four burgers; £18.97. Finally you should add sesame seeds to the top buns but we poor students found this a luxury and decided to omit them, right, let’s get pimpin’!!

Simply mix all ingredients together and chill for a couple of hours before tasting; this allows the flavours to really combine 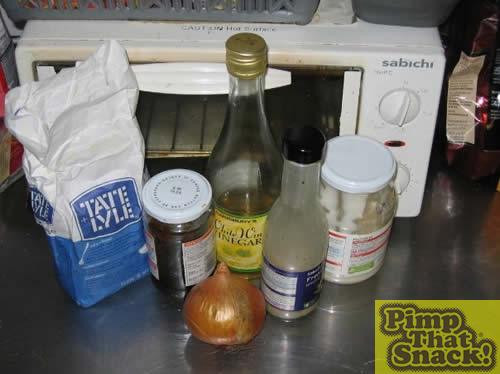 If it is too vinegary/pickley then add a bit of mayo and if it is visa versa add a bit more pickle until it tastes right. Ideally this should be left overnight in the fridge, stirring a couple of times as it chills 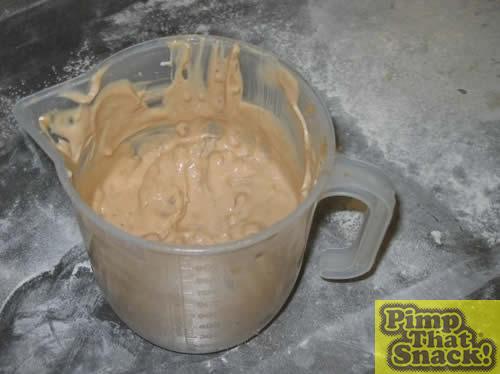 This recipe makes two buns which makes one burger.

1. Dissolve 1tsp of sugar into the water and sprinkle yeast on top. Leave in a warm place for ten minutes until it becomes frothy.

2. Sift flour and salt into a bowl, you might want to weigh out a bit more than 450g of flour because it will go EVERYWHERE!

3. Add frothy yeast water to the flour and mix well until the dough leaves the sides of the bowl clean (add more flour if needed but patience is a virtue in this process!) 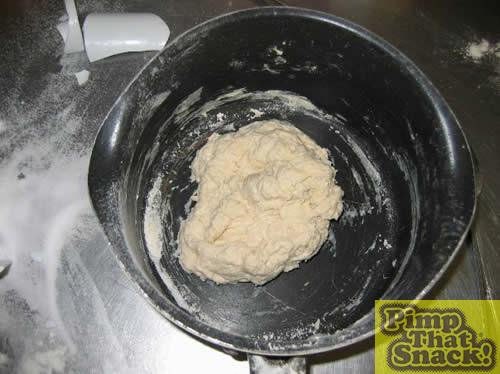 4. Knead on a floured surface for ten minutes. Cover with a tea-towel and let double in size. A tip is to put the dough on a floured chopping board and place under/next to a radiator, just speeds everything up. 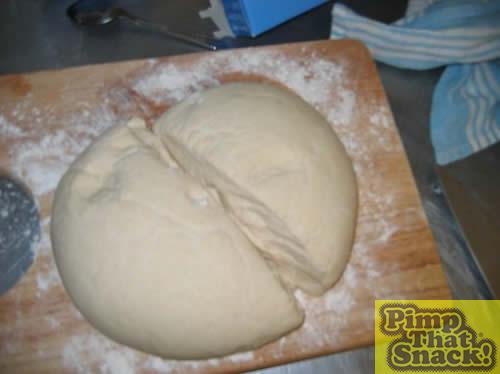 and knead again on a floured surface until firm (usually a couple of minutes) and shape into greased dishes. 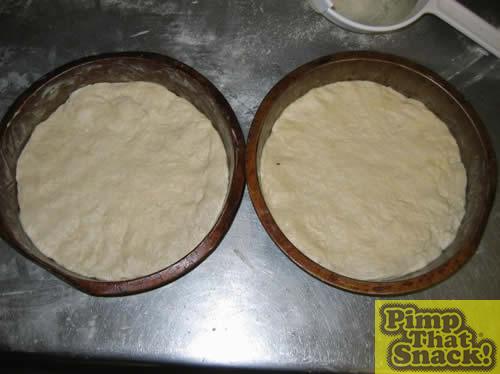 Cover with tea-towel and place back under radiator to double in size again.

6. Once doubled brush with milk/egg and place in a pre-heated oven at 230c/450f/gas mark 8 for about 20mins or when browned on top. If using a non fan assisted oven you may need to swap the bread around in the oven to get an even cooking. 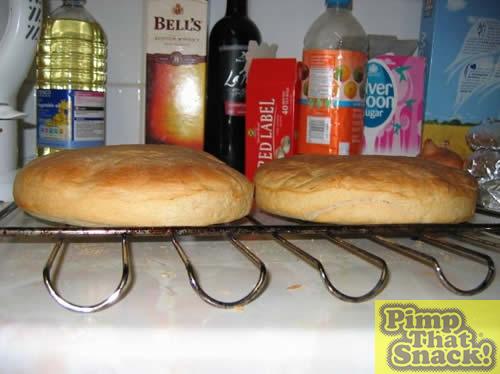 7. Cool on a wire rack and when cool enough, slice in half. One bun makes up the top and bottom of the Mac and half of the other makes the middle bun as every Monster Mac should contain three layers of bread.

1. Combine the mince together and per packet of mince we added 2 splashes of Worcester, tsp chilli, tsp garlic (we cheated with easy stuff but same measures for fresh), pinch of salt and a couple of pinches of pepper. 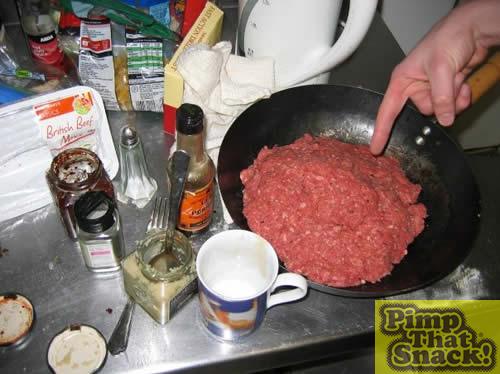 2. If, like we were, you are promised snow by the BBC but instead get a vicious hail storm release your snowman building with an inappropriate meat-man

After childish, yet extremely fulfilling play, make into eight balls of equal size 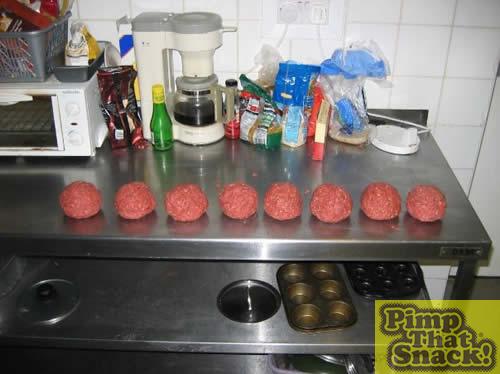 and then get squashing. It works well to squash them out on foil 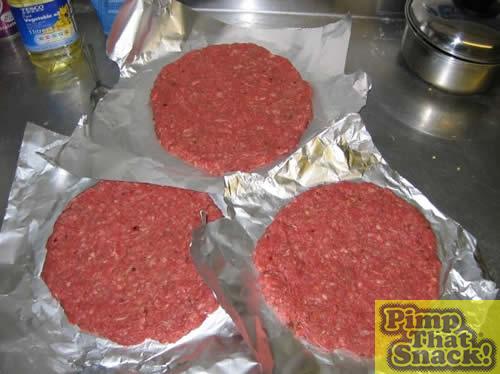 you will appreciate this when you come to put the meat in the pan!

3. Try to make the patties slightly bigger than the buns to allow for shrinking and try to keep them compact to stop them breaking apart.

4. In a very hot frying pan add a little bit of oil, you don’t need much as the fat will ooze in a few minutes. Add the patties and stand as far back as possible because you have to slap them in and burning oil hurts just a bit! Also be prepared to have a major clean up after cooking and consumption. 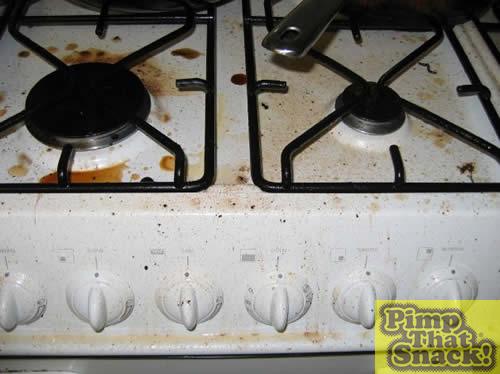 There is a specific assembly method to make the perfect Monster Mac: 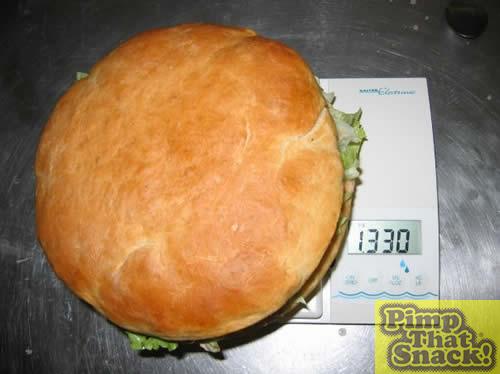 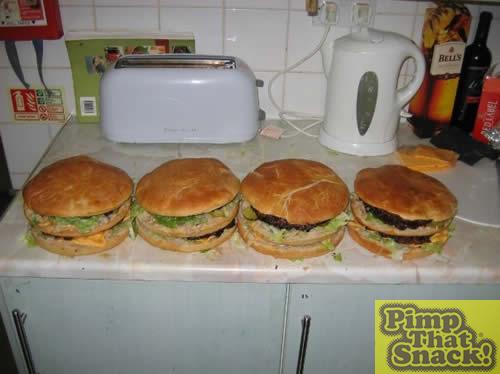 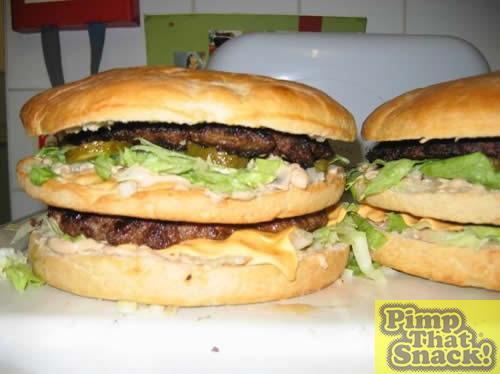 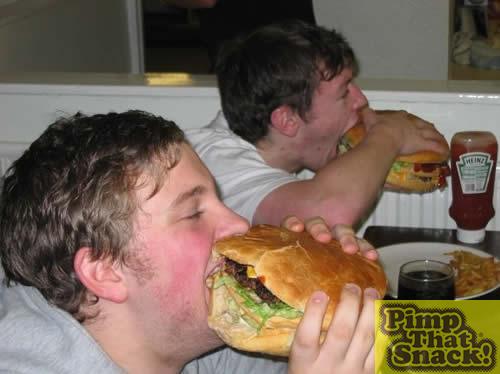 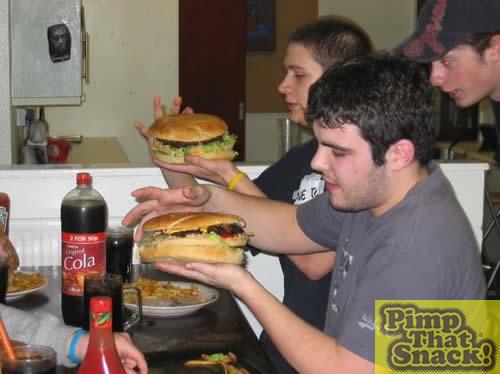 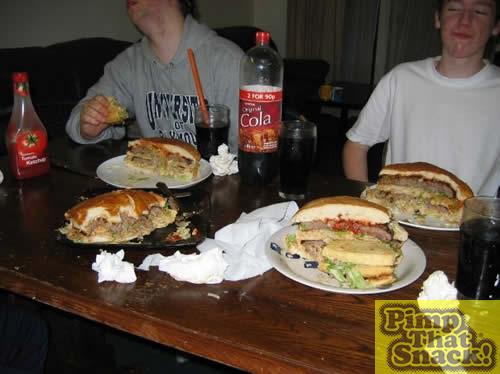