Me and my fabulous flat mate and best friend Laura decided to Pimp our favourite snack a party ring!!! 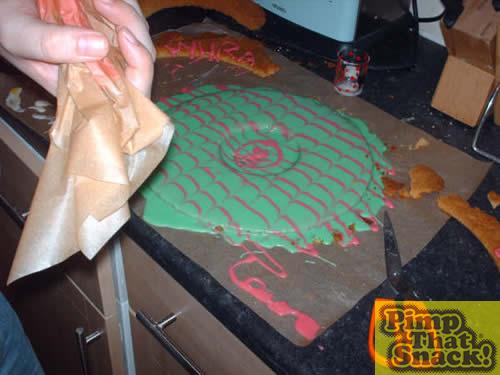 Firstly we made our biscuit mix, which there was so much of in the end we ended up making lots of different sized party rings!!!! It was very difficult to shape as we only have a household oven but we do have plans for an even larger one!!!

While the biscuits were baking, we made our icing!! We made, green, pink, yellow and white all in all using 1 kg of icing sugar! We tried out a variety of colour and decided after experimenting on the smaller party rings, we decided on green with pink stripes for our Giant party ring!!! We pretty much ended up using everything "round" in our kitchen to experiment with the sizes as they became a little mis-shapen during cooking! 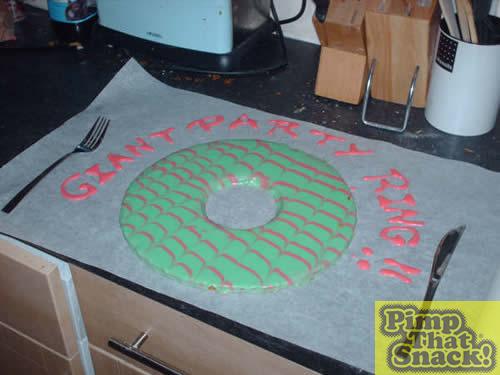 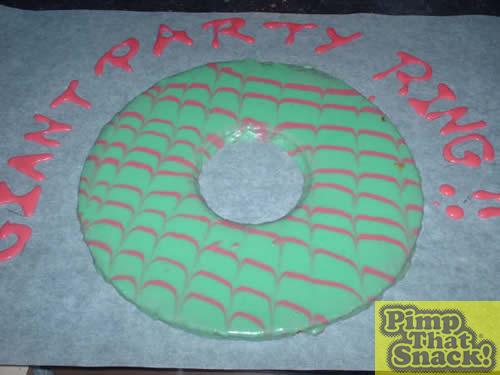 Finally after getting icing, flour and all other ingredients over each other (mostly me) we iced the cooled biscuit! And finally the Giant party ring was completed!! Best eaten with a knife and fork!! We would recommend leaving it in the fridge over night so the icing goes crisp like the actual party rings!! But you can console yourself by eating the off cuts of the biscuit dipped in the extra icing!!! This was our first attempt at this and we were pretty darn impressed! But there are plans to improve the recipe! So watch this space!!!! 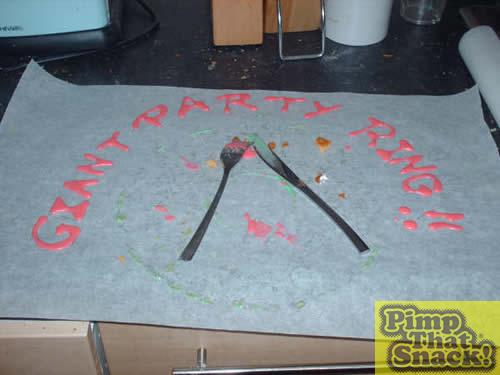