Step 1: The first natural step is to find the Devil and ask him how big
he likes his chocolate oranges. Unfortunately I couldn’t actually tie
the evil one down to ask him so through a mutual friend I find out he
eats his chocolate oranges 125 times as big. Fair enough I thought,
I’ll see what I can do

Step 2: Planning. I bought and took measurements for Terry’s chocolate
orange and proceeded to calculate how big the Devil wanted his. It
turns out Lucifer wants a chocolate orange a whooping 32.5 cm in
diameter. This is easily as big as a football. 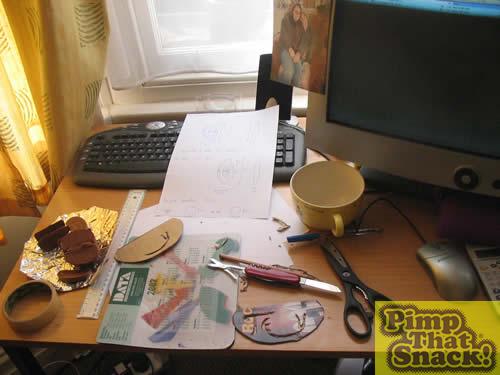 Step 3: Not seeing suitable mould materials in Morrisons, I looked
around my pimp house. I decided to use my pimping Lava Lamp Box as the
mould using (unwisely) regular sellotape to put it together. 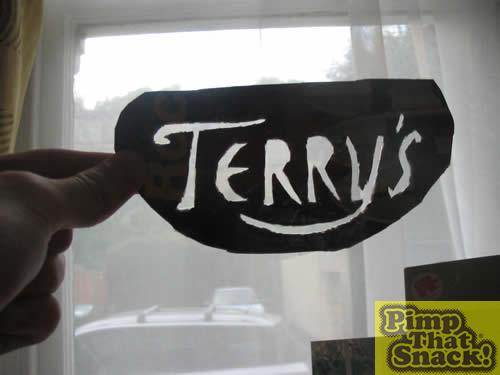 Step 4: I calculated how much chocolate this actually is, it turns out
to be 21.875kg. Thinking back to Morrisons reasonable 25p for 100g , I
quickly realised this would cost in excess of £50. Now I’m a good pimp,
but not that good and knew I would never be able to afford that and so
I decided to make a single slice, and then anymore on demand for my
hoes and the Devil. Thankfully this will cost just £3 and equates to
just over 1kg, pimptastic. 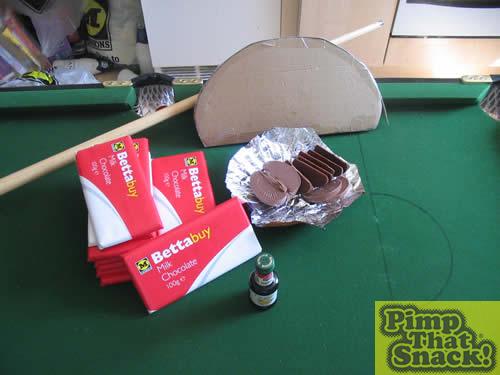 Step 6: Melt the chocolate like every good pimp by heating it over
boiling water. 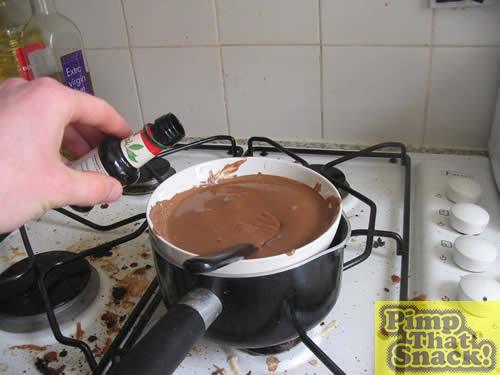 Step 7: The tricky part. Being a lone pimper I had to fashion a funnel
out of a magazine, hold it in place and pour the chocolate (and take a
photo) at the same time.

DISASTER. With the mould filled to the brim I was feeling confident,
Just about to put it in the fridge when the sellotape fails and the
chocolatey orangey goodness is released from within and flows down the
drain. 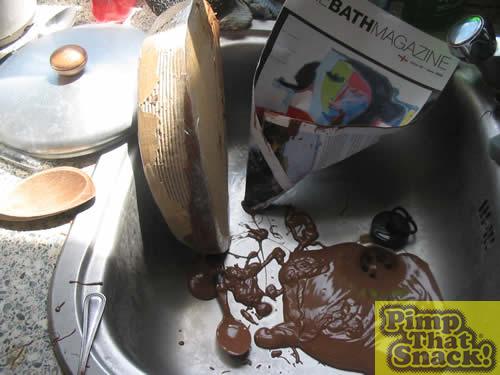 Step 9: Not wanting to feel the wrath of Beelzebub I pulled myself
together. I managed to save some of the chocolate and put the mould in
the fridge anyway to see if my design works. Then I popped down to the
shops for some heavy duty duct tape (so add £3 to the price) and some
more chocolate. Lets see you beat that you chocolate fiend.

Step 10: Wait and see how the half filled mould works. Turn out mould
and marvel in what it could have been.

Step 11: Heat chocolate and refill mould, this time enlist one of your
hoes to take a promotional photo of the pouring. 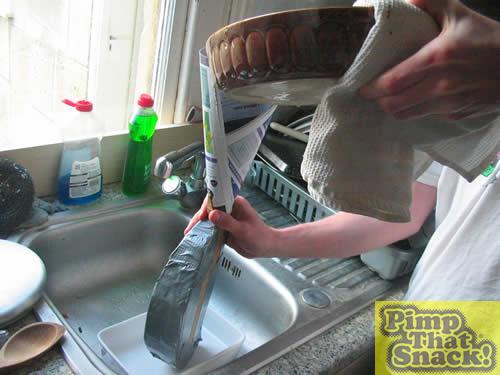 Step 13: Freeze overnight and in the morning turn it out and marvel. 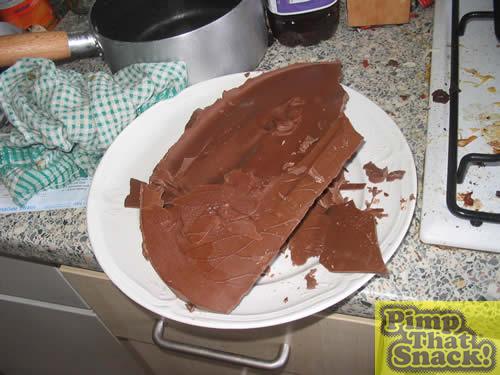 Unfortunately I made a school pimp error and when I refashioned the
mould after the first disaster I put the logo on the right way round
and so it comes out the wrong way round on the chocolate, but I figure
the Devil wouldn’t want it to be normal and boring…being the lord of
the Underworld and everything. 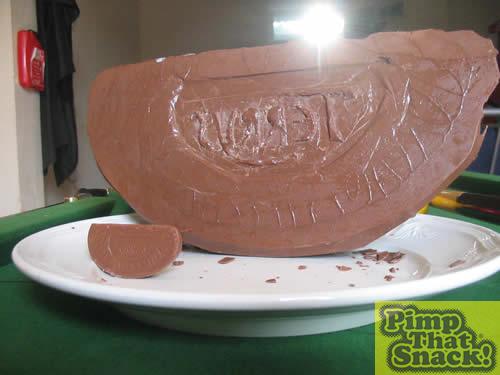 Apart from that not a bad effort I
think, a 1.3ish kg slice of Chocolate orange. What does the Devil
think? It’s the day of the beast and so he’s off causing death and
destruction and so I haven’t had chance to ask him yet. For all you
pimps who want to know if it tastes good, here’s a quote from one of my
hoes: "I think I prefer it to Terry’s". Pimpsuccess.