We couldn’t believe no one has done this before. After all, matchmaking and pimping are essentially the same thing! No doubt others will wish to emulate our achievement, so these are our ingredients:

1200g of chocolate (close examination of the box shows us we need plain and milk. We guessed a 2:1 ratio)
500g Caster sugar
Small bottle peppermint essence (This is one of those useless items that is always hanging round in kitchen cupboards and therefore essentially free!)
4 kitchen rolls (it’s messy work!)
Baking paper
Matchmakers (for the purposes of science) 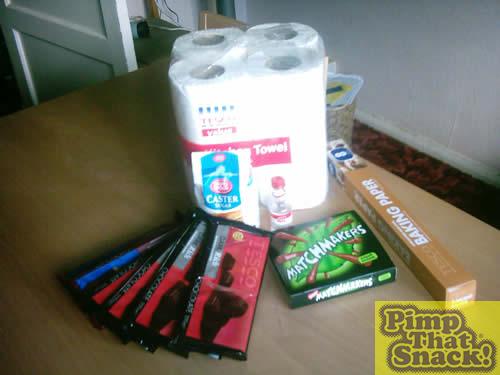 First of all we ate some matchmakers. This was quite inspiring. When the box was nearly empty we began to think about how we might shape our giant chocolatey phallus. We considered many options including somehow hanging it from a washing line or moulding it with our bare hands but settled on using the inner tubes of kitchen rolls, lined with baking paper. After some complicated maths, involving pi (and then some pork pie) we worked it out that 4 kitchen rolls would give us a truly impressive length and girth. Also there are conveniently 4 kitchen rolls in one pack. This meant that our mighty matchmaker would be roughly equivalent to 8 times bigger than a normal matchmaker.

Next it was time to boil an entire bag of sugar with ever increasing amounts of peppermint essence. 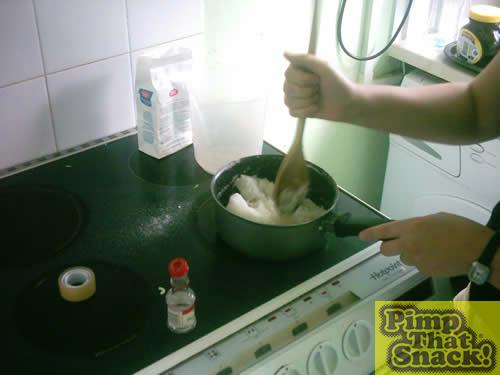 We continued until it was totally fluid and our kitchen smelt better than it ever had. Briefly.

We poured this sweet lava into a baking paper lined tray to cool. 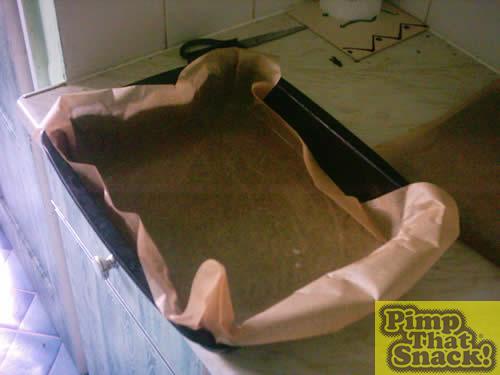 This seemed like a perfect time to construct our mould. If you have planned ahead you should have 4 empty kitchen rolls. We didn’t. 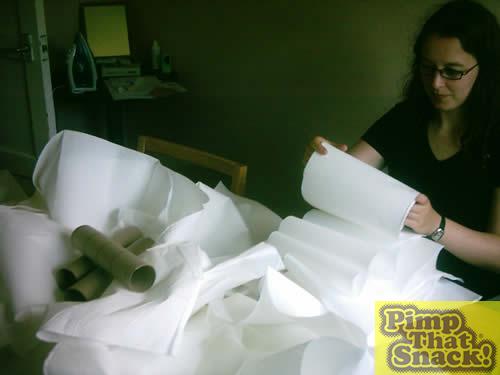 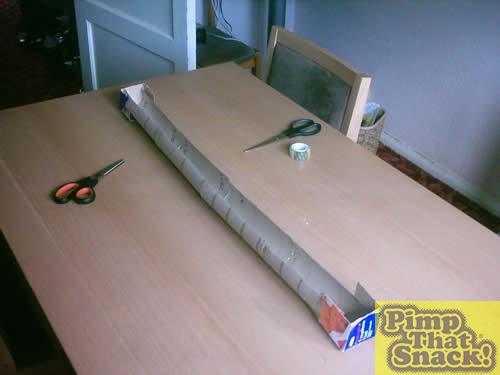 As the sugar still hadn’t set, we found a use for all that extra kitchen roll and joined a new club.

The sugar still wasn’t set so we went out and got drunk.

The next morning, the sugar still hadn’t set. With a new respect for boiled sweet manufacturers, we added some ingredients. 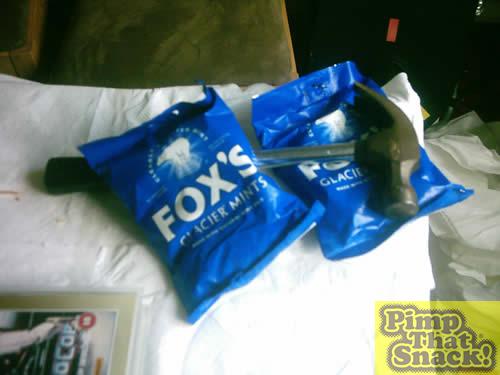 We mixed the pulverised mints with the chocolate and spooned it lovingly into the mould. It might look like poo but it smelt like heaven! Try to avoid spilling it on the carpet. Big brown stains can be difficult to explain, “No, no it’s chocolate. Smell it…” 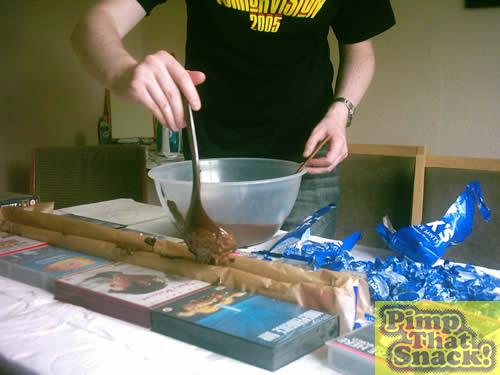 As you can see we strengthened our mould (now lined with baking paper) with classic videos, bringing a touch of old skool to the project! It’s nice to know they still have a place in modern society.

Leave for a really long time (unless you have a very long thin fridge).

Careful scrutiny of our beast’s puny cousins revealed some distinctive markings on the undercarriage so our high standards demanded we added this detail. You can’t see it on the photo (or indeed on the finished article) but trust us, it’s WHACK! 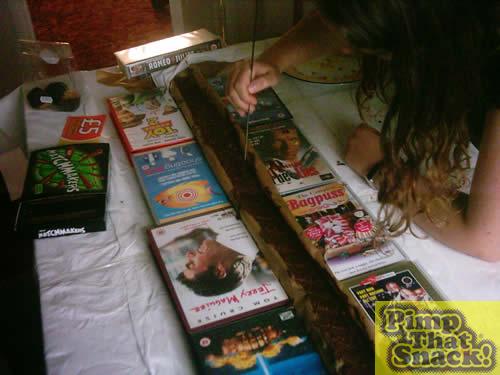 Here it is in all it’s glory.

After hand finishing the ends to give an off the production line look, it was about 7 matchmakers long and 6 wide. Not as big as we said it would be (isn’t that always the way?) but have you made a giant matchmaker?! No, we thought not.

Of course it’s not all about size, testing revealed it to be a deeply satisfying (and tasty) snack.

Approximate cost £9. Quite expensive then, better send my housemates back on the game…