After several weeks of planning to pimp a snack, myself and a friend decided to try and think of a snack that hadn’t yet been pimped. After much deliberation we decided on pimping a Drifter.

In a bid to burst the Drifter pimping cherry, we decided we needed to move fast and so it was down to me to consider the ingredients we would need, and to go out and get them. So that’s what I did. The ingredients were as follows: 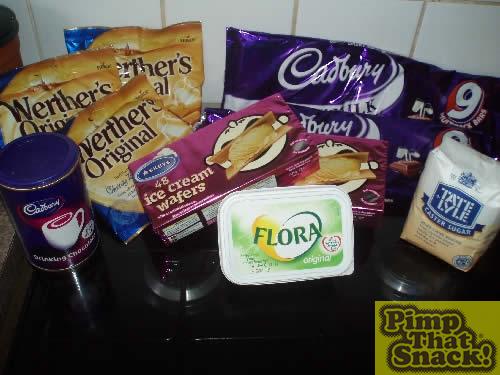 It was time to take action, and after a week of ‘careful consideration’, the pimp was no longer going to be a thing of myth, I was going to bring this beast to life!!!! 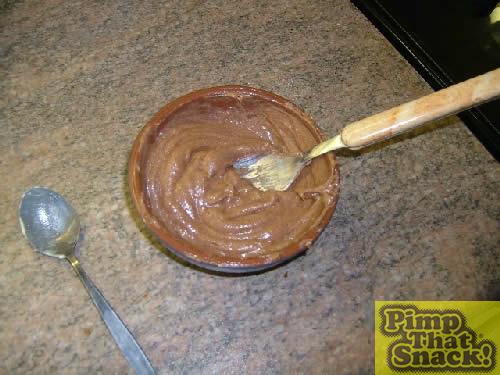 This Paste would now act as the cement in my ‘wafer wall’. I spread the paste on top of three wafers then laid them out together length ways. For the next layer, I applied the paste in the same way but staggered the wafers on top of the first layer, much like bricks are staggered when building a wall. I continued this process until I had a ten layer wafer. 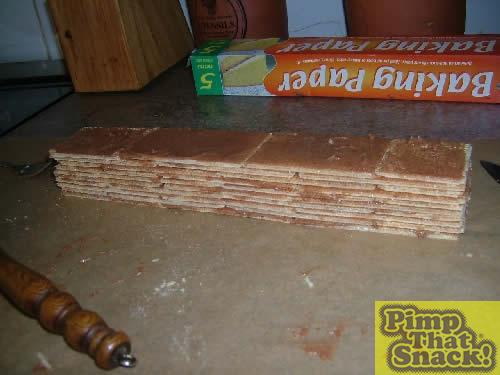 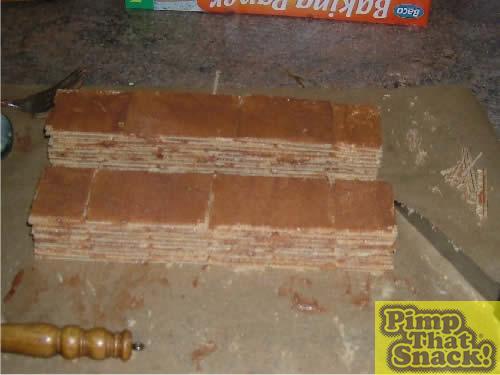 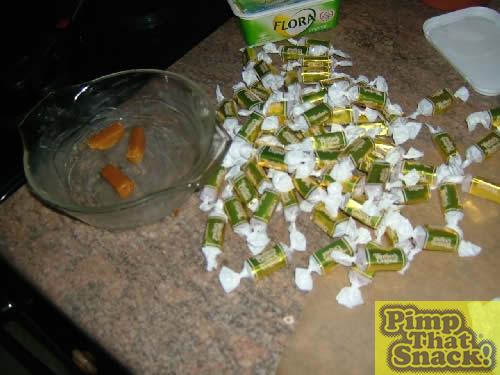 I blasted the toffees for 30 seconds at first and then shots of 10 seconds until I was happy that they were fully melted. I then poured the hot toffee over the first finger, making sure that I poured too much on top so that it would run down the sides of the wafer as well coating it entirely. For any gaps in the toffee, I used a palette knife to try and spread it so the wafer was completely covered, however, I misjudged quite how tricky melted toffee can be to manipulate. 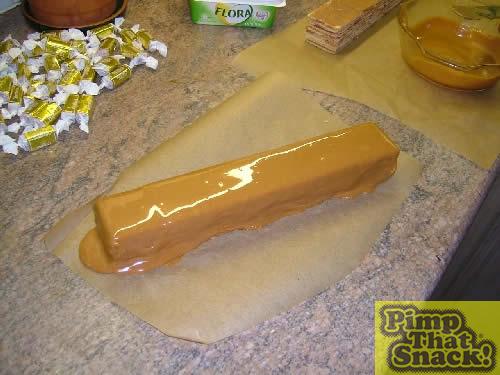 I then proceeded to do the same with the second finger, but whilst pouring the toffee this time, I realised that I probably wasn’t going to have enough left to coat the entire thing, and the toffee wasn’t as easy to pour this time, since it had cooled slightly, despite leaving it over a pan of boiling water.

I eventually managed to coat the whole of the second finger, although it did look a bit disastrous, I wasn’t too worried, I figured it would be easy enough to trim it down once it was cool.

I placed the fingers in the fridge to cool whilst I melted the chocolate down for the final coating.

Once they were cool, I trimmed off the excess toffee with a big sharp knife. 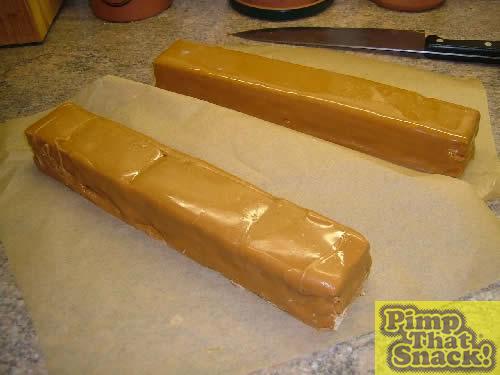 I cleaned the toffee bowl ready to melt down the chocolate. I used approximately 10 small chocolate bars and broke them into small pieces for quicker melting. 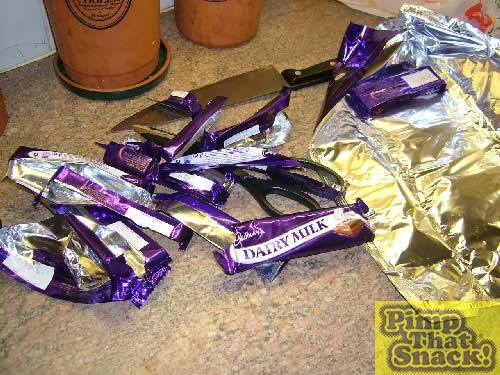 Once the chocolate was melted, I poured it over the fingers in the same way as the toffee so as to cover the sides and ends as well, spreading bare areas to cover the gaps. Melted chocolate is a lot less runny than I expected.

I then put them both in the fridge to cool. 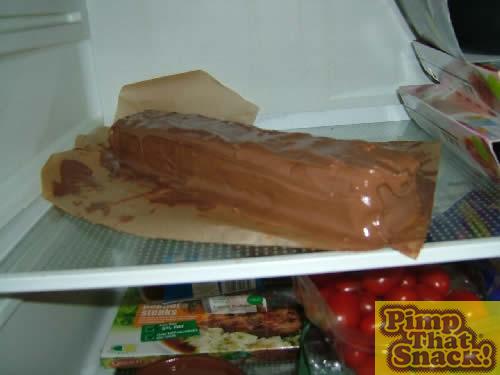 I left the fingers in overnight, since not only is melted chocolate less runny than I thought, it takes a lot longer to cool that I thought too. (am I just a clueless wonder?)

The next morning, I took the fingers out of the fridge and trimmed off the excess chocolate around the base of the fingers, laid them next together, and Hey Presto! I’ve pimped a Drifter!! Get In!! 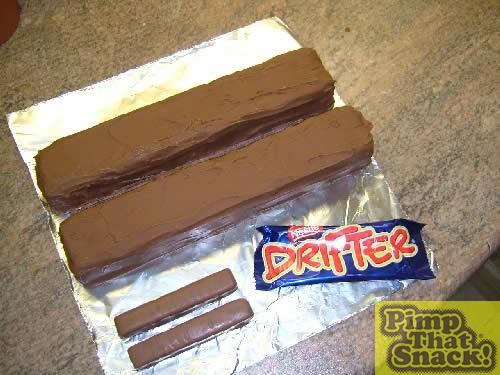 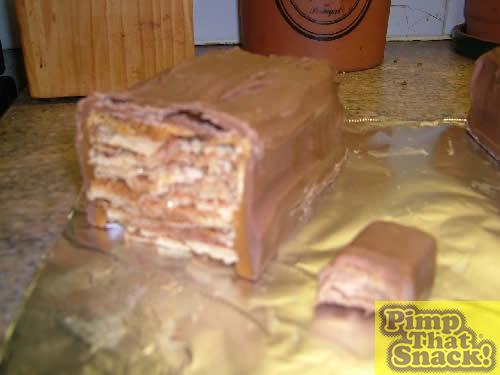