The first was a Pimped Jaffa Cake, followed closely by a Wagon Wheel and a Kit-Kat Chunky… then it was my turn. 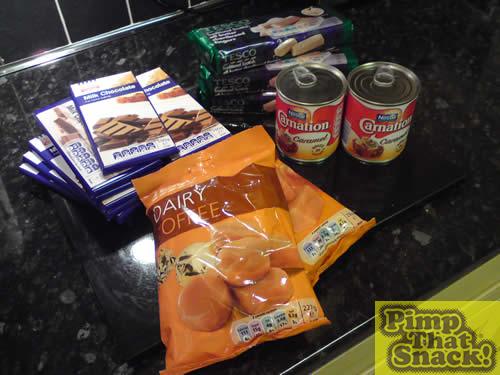 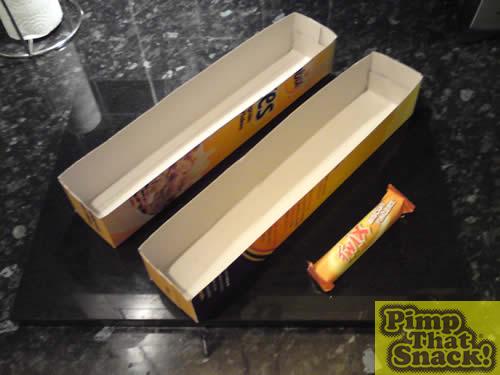 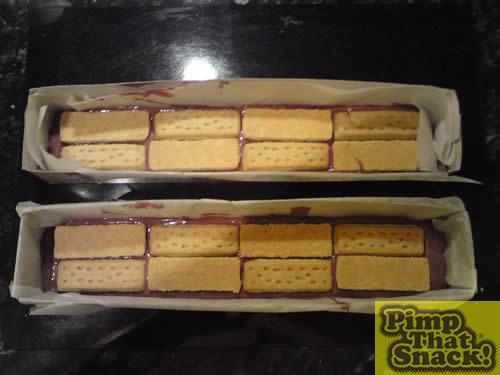 The two moulds were then moved to the fridge to chill for a few hours!

Once these had set, I decided to tackle the caramel centre. I wanted to try and achieve the right consistency of caramel, but wasn’t sure who to do it. 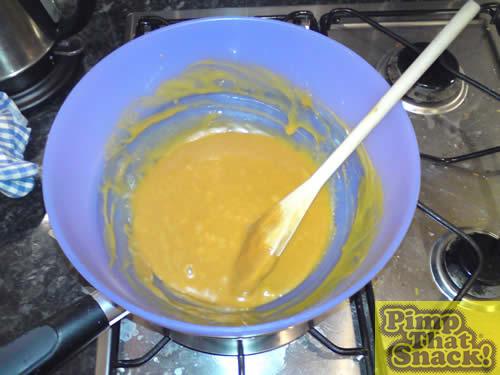 I had read that melted Toffee had a habit turning solid again, so I added some vanilla fudge to the melted toffee, but this still looked to be going a bit too hard for Twix caramel – so I added a few spoons of Carnation Caramel, or Dulche de Leche as it’s otherwise known. This seemed to make a more ‘pourable’ caramel, which was then layered onto the shortbread and chocolate bases. 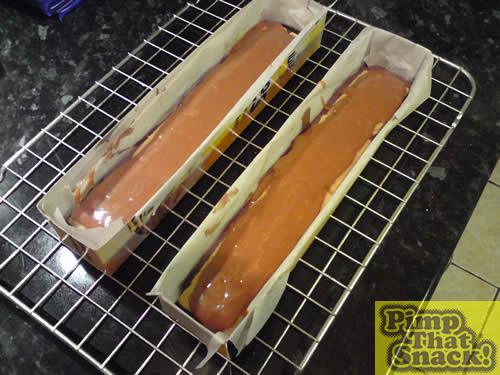 After leaving this to set for an hour or so, it was time to melt another 4 bars of chocolate, for the topping of the Twix bars. Once melted, the topping was added – and once it had started to set, I applied some ‘ripples’ to the chocolate, to give the pattern to the top of the bars.

Then, they were back in the fridge to fully set. 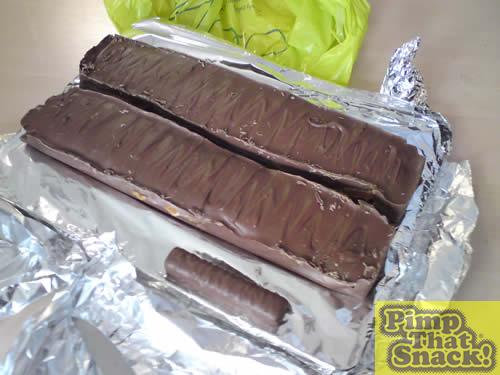 On removal from the fridge, and then the moulds, the bars had turned out a bit more square than intended, but with a bit of fine tuning, I think the correct shaping could be achieved!

Anyway, the Mega Twix was brought into work and cut for sharing – the caramel came out very well – not runny, and not too hard – in fact virtually the perfect consistency!! 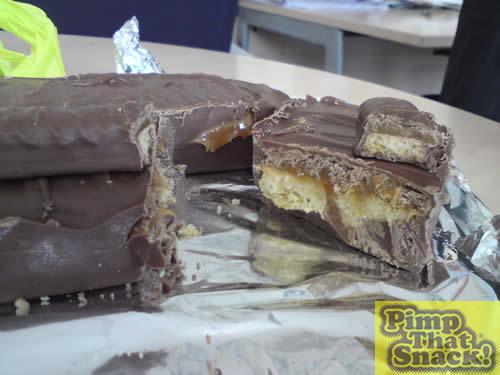 The biscuit to caramel ratio could have been better (too much Biccy), but overall a very good maiden Pimp, if I do say so myself!!