I used the same cookie dough recipe as the other pimped Jammy Dodger, from Diana’s desserts. 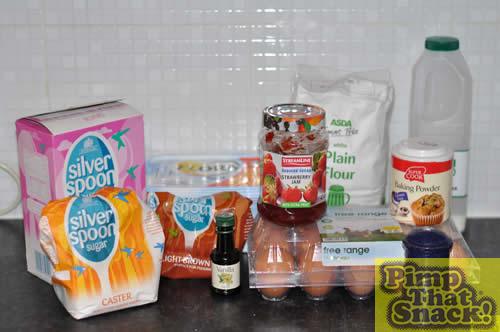 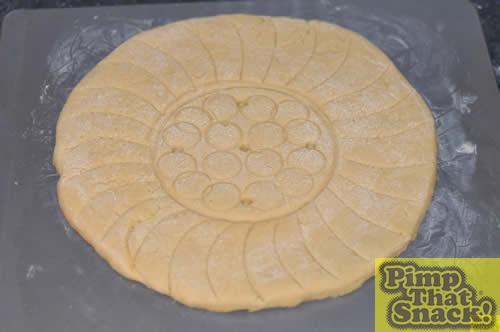 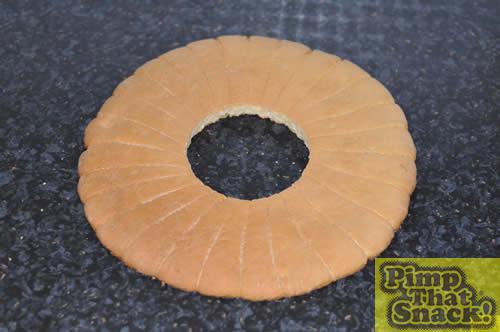 The cream was arranged in a ring formation on the bottom biscuit and piled up to a reasonable height to give the finished biscuit the appropriate thickness. 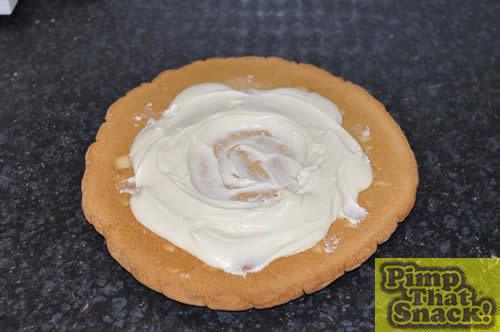 By this time the raspberry jam was bubbling away nicely and the heat was turned off and it was allowed to cool a little. The bottom biscuit, complete with cream ring, was put into the fridge for about 30 minutes to firm up a little.

Once out of the fridge, the top biscuit was then lowered carefully onto the cream covered bottom biscuit and squished down a bit. The cooled jam was given a quick stir and then poured smoothly into the circular pit. Back into the fridge it went overnight to set.

In the morning, out of the fridge it came in all its glory. One finishing touch was done – a generous sprinkling of sugar on top of the jam, et voila, a ginormous jammy dodger. What a beast it was! 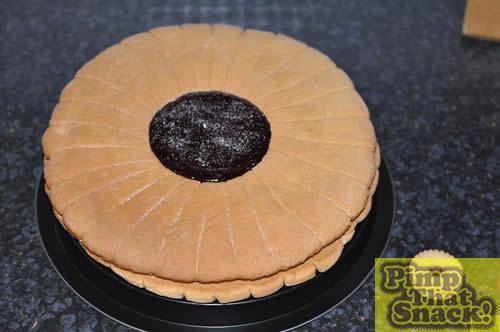 That day it was taken into work to parade around the office. A large crowd soon gathered around the monumental jammy dodger, with people gawping and giggling in wonderment. It wasn’t long before the mobile phones came out to take pictures of this amazing structure of jammy goodness. 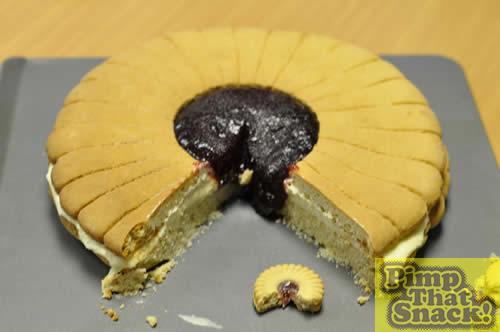