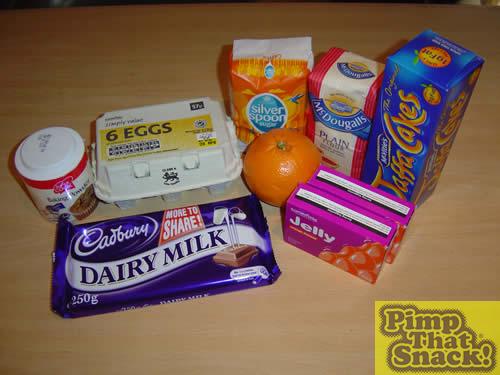 The placing of the set jelly on the cooled cake can only be described as strange. I don’t know why or how; you’d have to do it yourself to find out. 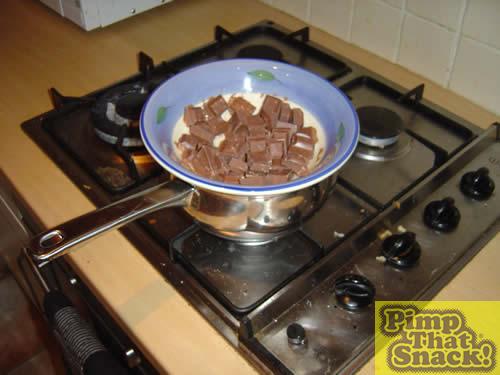 The last step was to melt the broken up chocolate over a double boiler, and then attempt to cover the cake without melting the jelly, which was easier said than done. It took more than a few very thin layers on the jelly which I had to let dry in turn. 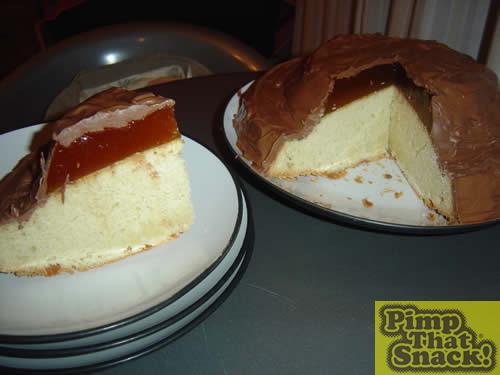 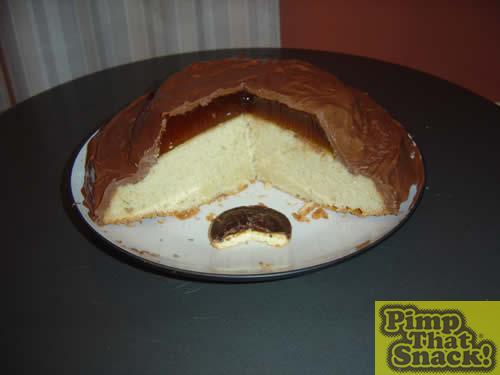 The completed Jaffa of Justice! It was bigger than I expected, and a lot tastier as well. I admit that dark chocolate would have probably been more realistic, but it was Nick’s birthday and I think he preferred milk chocolate.

All in all, it was a satisfying snack experience (can you see the joy on our other housemate Eli’s face??!), and provided hours of admiration from friends down the pub on a Saturday night.