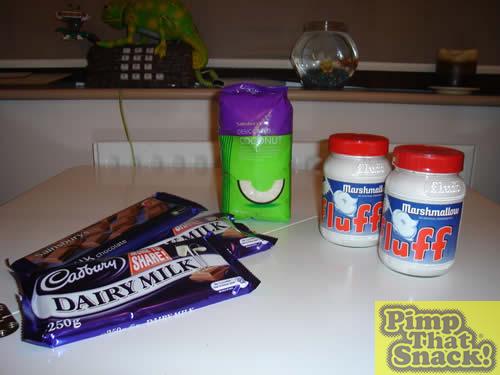 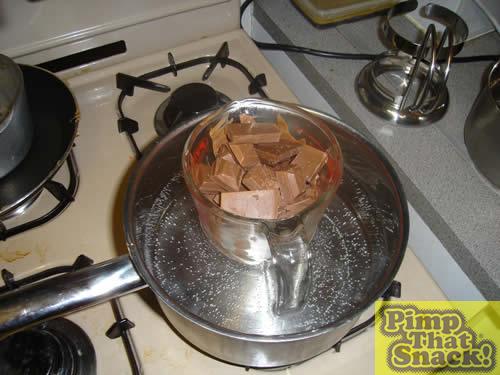 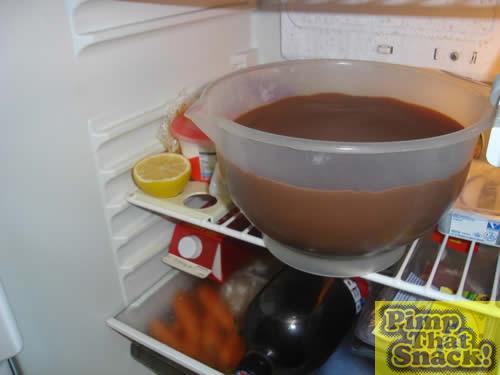 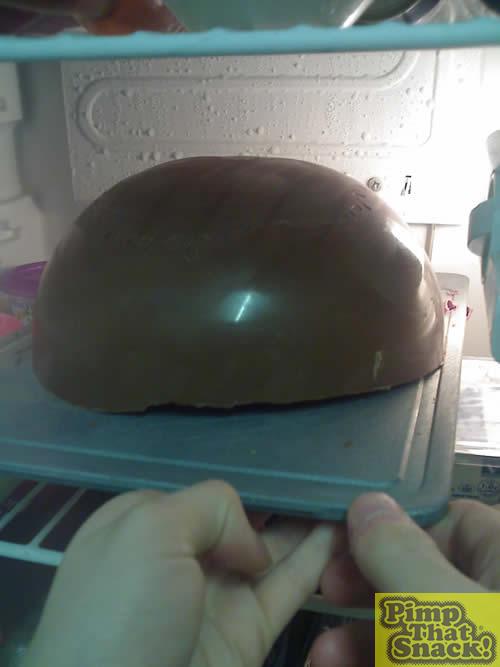 Using a childs dinner plate covered in cling film (a lesson learned earlier) we poured on the final bar of chocolate, melted as above, and into the specialist “turbo cooling unit”, the freezer.

So, with all the choc set, in the appropriate shape, it was time to fill her in (and the snowball too). In flopped the mallow fluff, every last blob of it. Then the base could get moved into position. Now, this is the clever bit. The base was smaller then the largest part of the dome, so it could be pushed down to the level of the fluff, which then left us chocolate “spare” at the top, which we heated up with a hair drier and folded over, to make a perfect join. Chocolate welding – it’s the future. 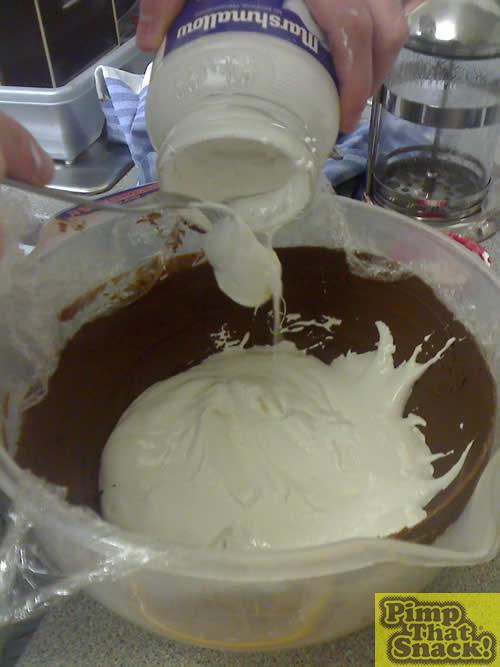 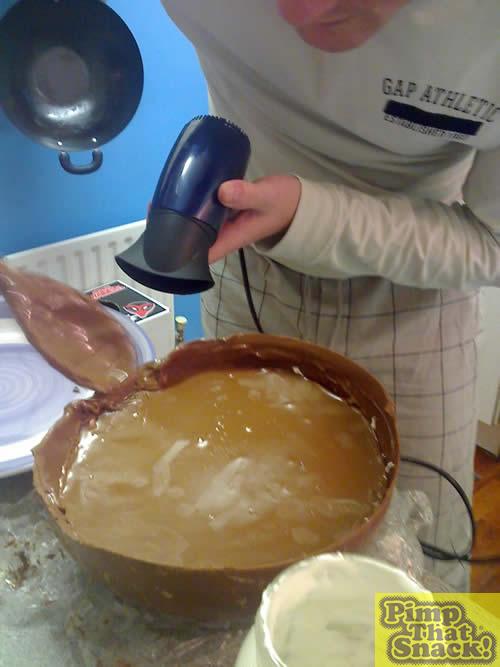 With the base warm and sort of melted, we threw coconut all over it and then popped her in the fridge for half an hour to set. Then it was time for the rest of it to be covered in coconut. As before, the hair drier was used to soften the chocolate so that the coconut would stick to it. After a smattering of coconut, guess what happened to it next… 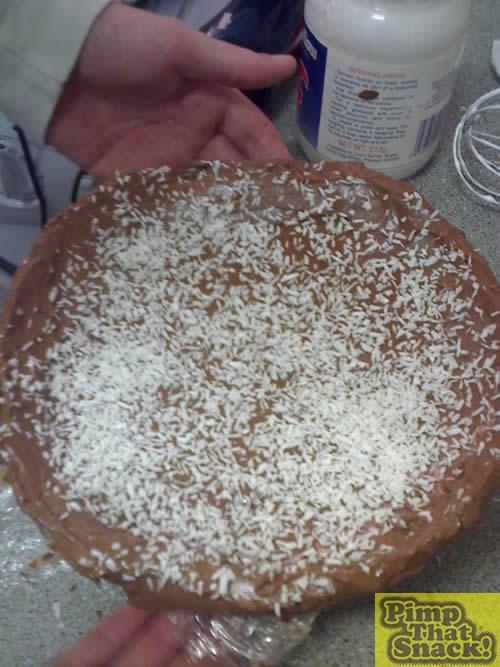 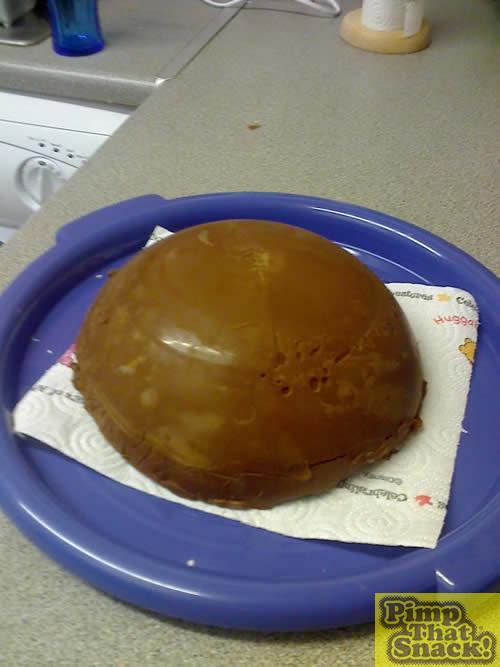 Yep, back into the fridge for the final time to set overnight, while the grown ups go to bed with the squirty cream. 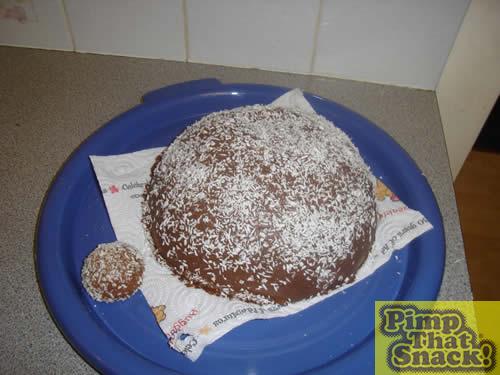 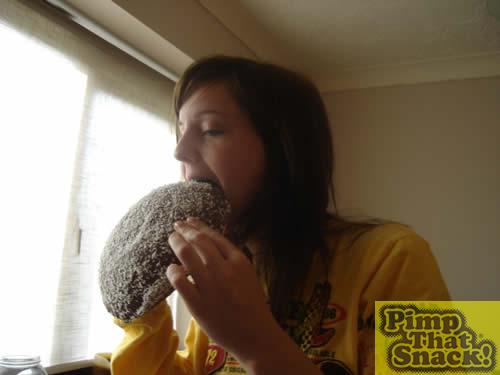