For our lovely, if not entirely terrifying, virgin pimp effort, my creative partner and I decided after much arguing that we would do the Arnott’s Iced Vovo. We wanted to do something that we felt was iconically Australian but having perused this website endlessly we found the marshmallow biscuit that looks exactly like an Iced Vovo! Thinking that is it not Australia’s wont to steal ideas from other countries rebrand them and plant an Australian flag on it, we decided that the marshmallow biscuit is our inferior counterfeit to the proud Aussie ‘tradition’ of the Arnotts biscuit. We present to you the Iced WHOAvo.

Essentially an Iced Vovo is a biscuit, topped with a jam ‘landing strip’ and fluffy, pink marshmallow, draping besides the jam and a shitload (technical measurement) of desiccated coconut. We stole the majority of these ingredients as we are too poor to be spending our ill gotten wage slave incomes on giant biscuits. Of course, like the pathetic border gen y/xers that we are, we stole the majority of the ingredients from our parents.

The other ingredients that were needed were desiccated coconut, flour, sugar, eggs, vanilla essence and red food dye (rough estimate to buy maybe $6). 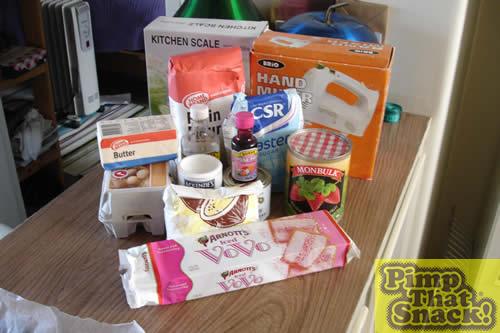 So we were off. After spending the morning making beer we were a little sozzled, a little drunk on our own power and a little too keen not to be the person in charge. We managed surprisingly well with little hiccups (let us never talk of the nipple incident again).

Firstly we made the biscuit. Butter, flour, sugar, eggs, vanilla essence in varying amounts and placed into a tray to bake. 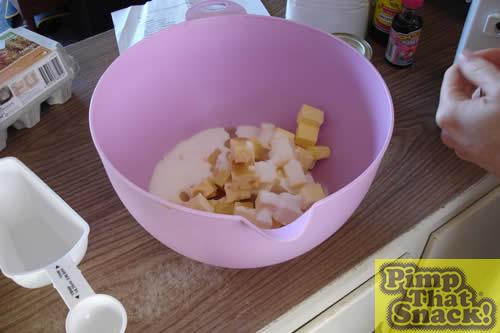 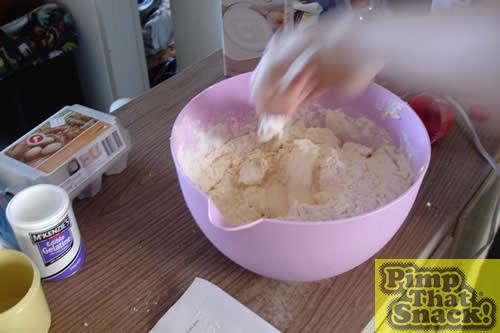 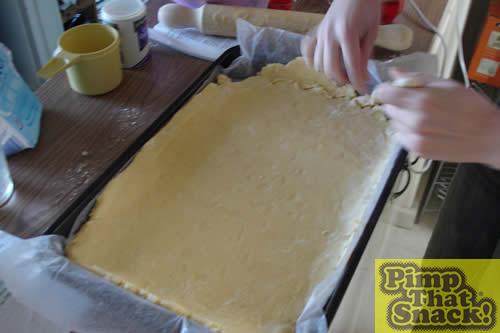 Whilst giant biscuit was baking, we made the gelatine for the marshmallow. Warning, cooking gelatine smells like the closest approximation I will ever know to camels balls. We followed the instructions to make marshmallows (basically boiling sugar syrup with gelatine for 10 minutes) and we put into moulds to make the fluffy pillows of marshmallow we remembered from the iced vovos of our childhoods (how pathetic are they now?!?! There’s hardly anything on them and they’re a decent biscuit for tom thumb!).

We beat the gelatine mixture until it goes all fluffy like egg white. Add the food dye. *handy hint do not try and pour food dye and take arty photos at the same time. You will end up with neon pink marshmallow nipples! 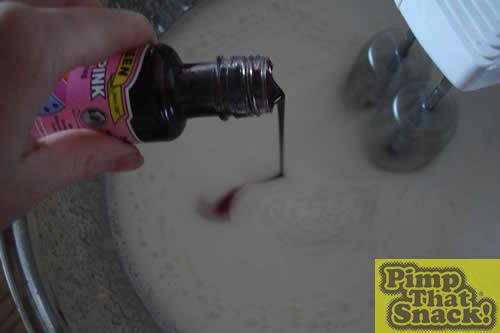 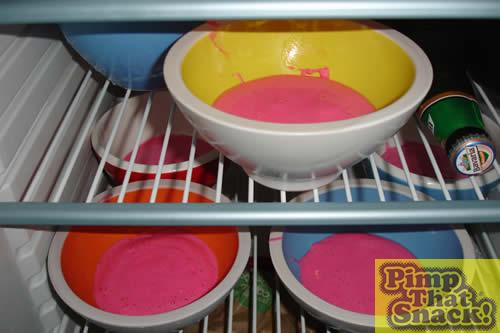 Into the fridge to set went the ‘nipples’ as they were affectionately called and onto the biscuit did the construction begin! (I imagine Tobias from Arrested Development saying that sentence) 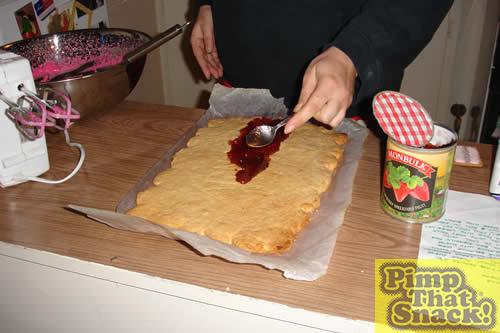 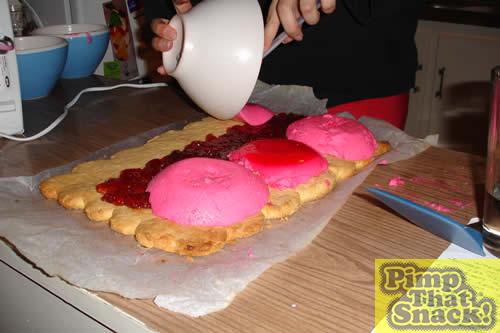 Turning those things out was the most disgusting thing I’ve ever had to touch in my life. We fluffed a bit more marshmallow on top to give it that ‘just piped’ look. Chucked on the desiccated coconut, and really… once it was done thought what the HELL are we going to do with this thing. 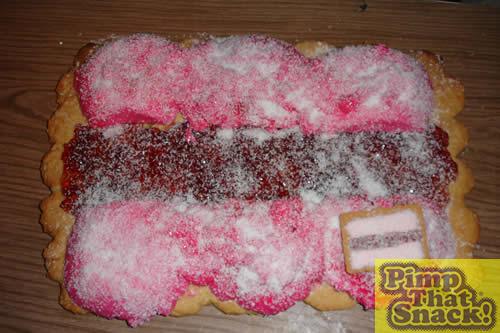 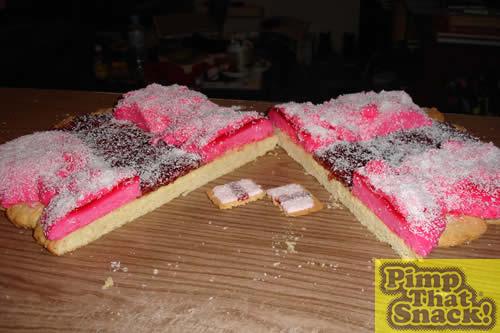