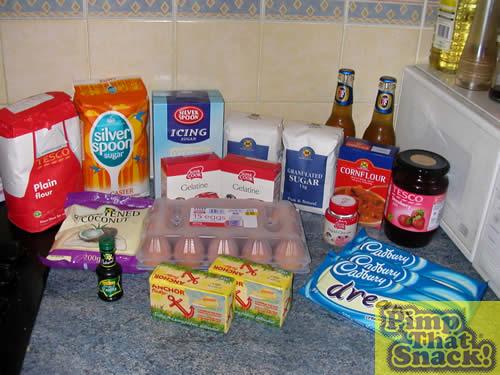 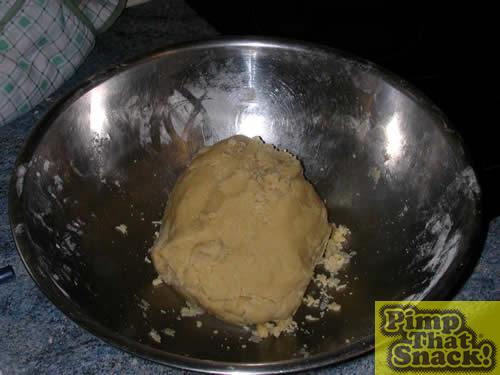 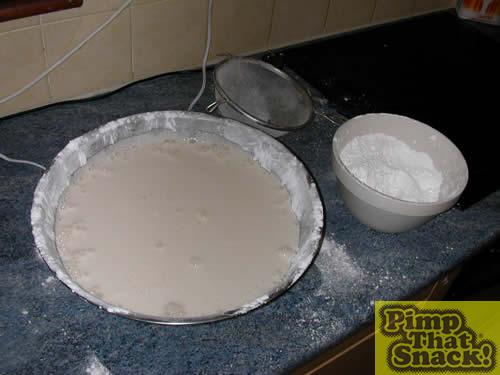 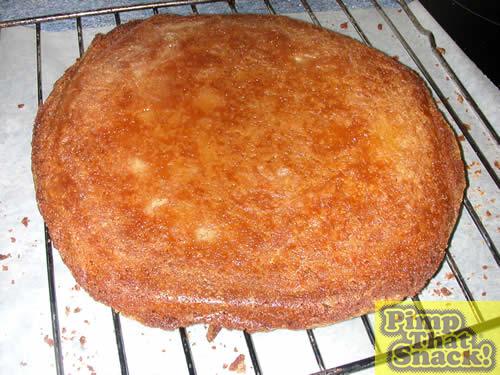 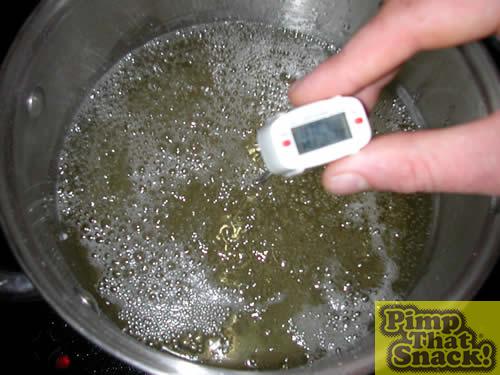 When the sugar is nearly at the correct temperature, heat the gelatine and water together gently until clear. Stir this into the sugar mixture being careful as it bubbles violently in dispute. 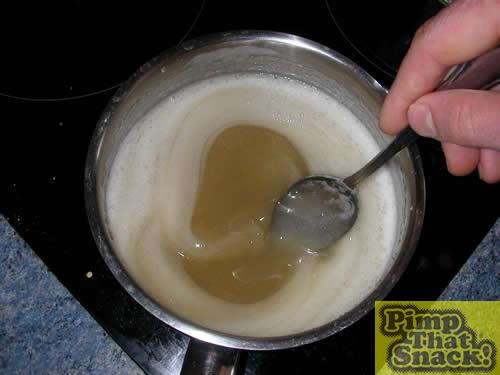 Whisk all this slowly and evenly into the egg whites. You may wish to purchase an electric mixer for this stage, unless you want to push your whisking arms to the limit as we did and do it by hand.

Add the vanilla essence to give a more marshmallow-y taste and turn mixture into a bowl thickly lined with a mixture of corn flour and icing sugar. Leave to set.

Step 3.
The chocolate
Melt some of the chocolate in a Bain Marie and spread to onto bottom of biscuit, sprinkle coconut over chocolate. Leave to set.

Step 4.
The jam
After looking at the ingredients on the bottom of the Snowcake packet we discovered that apple and raspberry jam was used. However, it was too late and we had already used strawberry jam. This needs to be spread – preferably sans lumpy fruit pieces – in a circle onto the biscuit keeping an inch or two inside the edges. 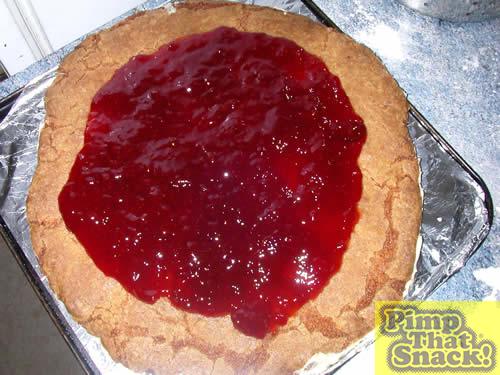 Step 5.
The marshmallow…again
Once the marshmallow has set, attempt to remove from bowl by first bashing the bowl, then placing in hot water and then bashing metal bowl again until a massive dent is formed on the bottom. Marshmallow will not budge throughout this process. Revert to science theories of suction and stick skewer down the side of bowl and the marshmallow until it flops spectacularly out onto corn flour and icing sugar scattered surface. Whoop with joy and then put back into bowl with extra flour and sugar mixture inside. 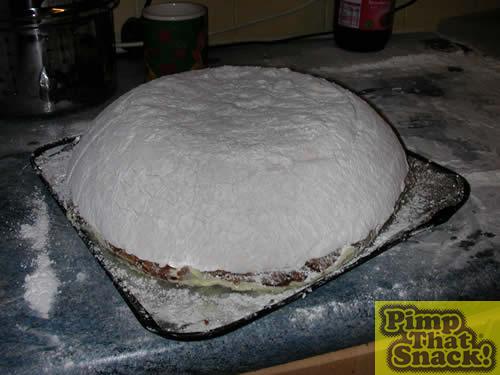 Step 6.
The chocolate
Melt the rest of the chocolate in a bain marie until smooth. Pour on top on half formed Snowcake and spread in a clever back and forth motion. Sprinkle rest of coconut over the Snowcake and Viola!! 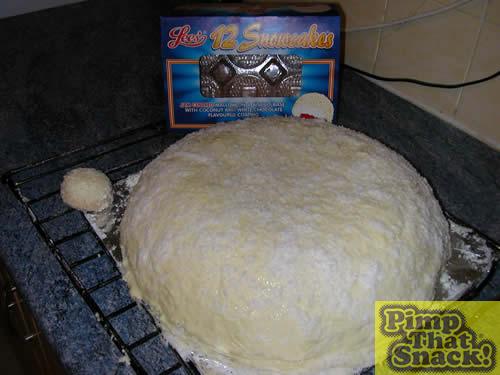 Final Step
Cross section
Arm yourself with several knives of various sizes and blade types. Hack at Snowcake until through. Present with cross section of mini Snowcake. Attempt to eat and pawn off the rest on any unsuspecting person you vaguely know who would like all their fillings extracted by a cement like biscuit. 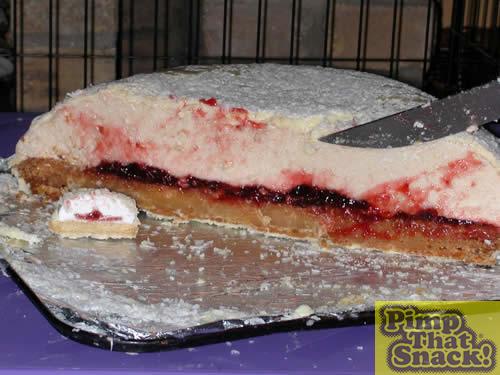