What a night of boredom can lead to! Inspired by Zoomdoggle’s coverage of pimpthatsnack.com, my girlfriend and I set to work on the largest Reese’s Peanut Butter Cup yet. We searched through the snack database and found some great ones already done, but none really big enough. With an afternoon to kill, what better way to spend our time?

We began by following some basic ingredient steps found online. We didn’t just want it to look huge, but taste huge as well. So we found the best way to make the chocolate and peanut butter taste legit.

Here are the facts: 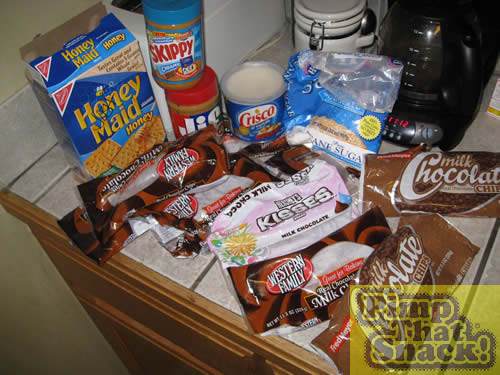 First, we had to find something big enough to hold this thing. After wondering the store for 2 hours trying to find something large enough that would fit into the oven…we soon realized it doesn’t need to fit into the over. What were we thinking? It just needed to be big enough to fit into the freezer. So we bought one of those Turkey Roasting tin foil pans you find in any grocery store and some parchment paper. We also bought the chocolate, and the rest of the necessary ingredients.
Making the casing was the most difficult part. We measured the largest possible diameter out of the thick tin foil we had, flattened it, and folded it using a random circle object into a relative bowl. This step shouldn’t take much time, as the bowl doesn’t need to be perfect, just strong enough to hold the parchment paper that will go inside in place. The parchment paper is the real challenge. It took a long time and frustrating moments to finally get the folds for the outer sides of the Reese’s to look accurate. After trying too hard to be a perfectionist, I decided to settle with what we had. 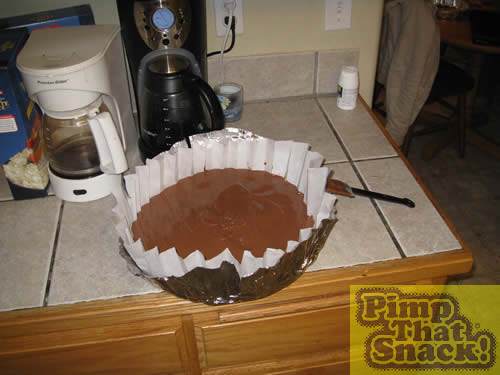 Meanwhile, while I was pulling my hair out trying to get each fold in the casing perfect, my girlfriend was melting up the chocolate. It is important to mix in approximately a tablespoon of shortening for each package of chocolate, in order to make sure the chocolate does not become as hard as a rock in the end. Melt only a little bit of chocolate at a time, with bursts of about 30 seconds in the microwave, being sure to stir. 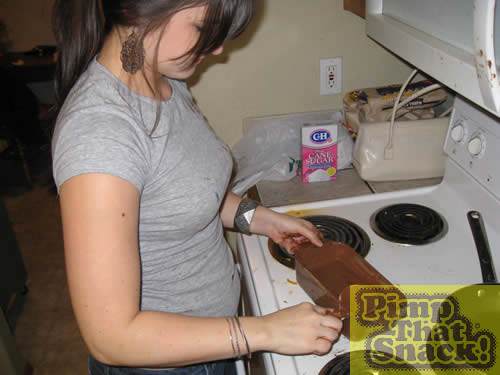 Place the parchment paper in the foil casing, and pour your first layer of chocolate, about half inch deep. It may look like the paper wont hold its shape – but put it in the freezer for about half an hour, and you’ll be surprised. Next, blend up the graham crackers to a powder-like finish, and mix it up with the peanut butter. Add butter and peanut butter as necessary to make sure that it is the right texture. We ended up just kind of winging it until it looked/tasted right. Smother that good stuff on, and get ready to pour your next layer of chocolate.

Unfortunately, we weren’t ready. Having only 3 bags of chocolate (following another recipe), we forgot that ours was considerably larger. In fact, about 3x larger. Which means we needed about 6 more bags of chocolate (plus some random other chocolate I had laying around). Once melted down, poured over the nice slab of peanut butter (being sure not to spread the peanut butter all the way to the edges), we threw it back in the freezer for a couple of hours.

The end result was better than I could have ever expected. To be honest, I didn’t think it was going to work. I was so freaking frustrated with the parchment paper, and it was so freaking huge, I didn’t think it would hold its shape. But, alas, it held beautifully. Unfortunately, a bag of barbeque wings pushed up on one side, disrupting out perfect circle. But, it was hardly noticeable. 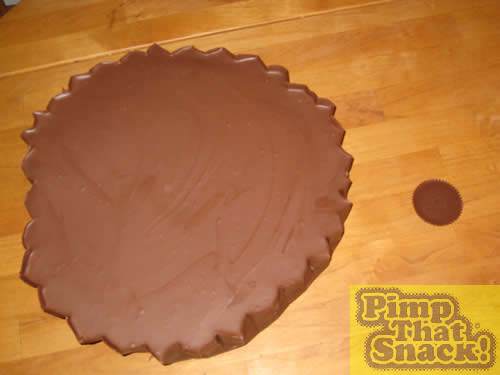 We peeled off the paper, and sat in awe at our masterpiece. We shared it with the rest of my roommates, and after one full piece, I felt sick. In the end, it took over a week to finish off between a house full of 7 guys and their girlfriends and friends. But it was delicious. And worth it. And heck, it was the perfect cure for boredom. 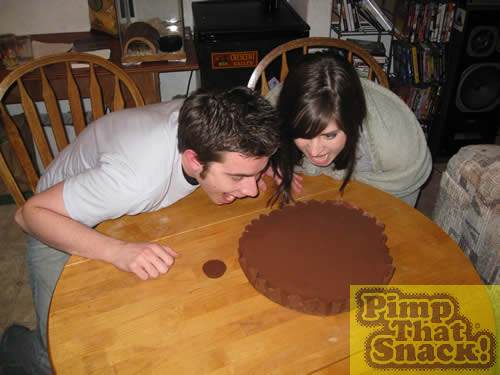 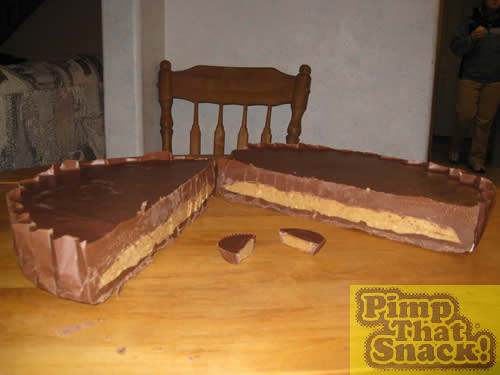 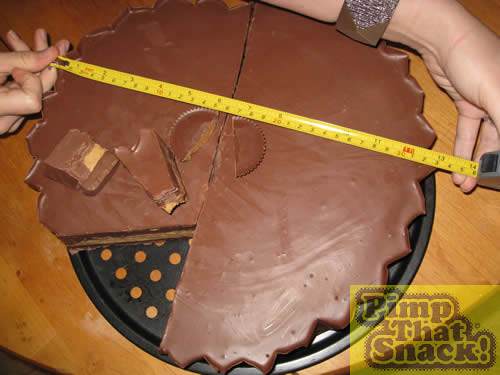 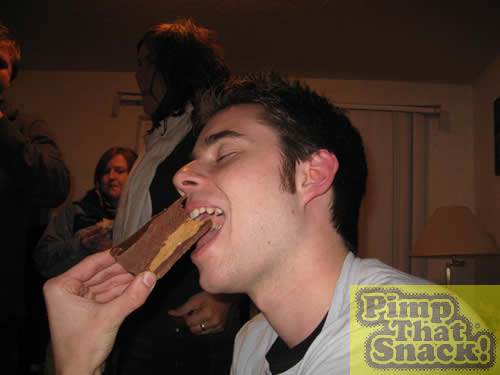