For this pimp we used: 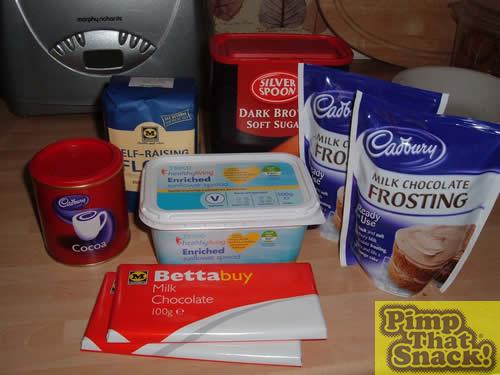 Mix together the margerine and brown sugar until fluffy. Sift in the flour and the cocoa powder. 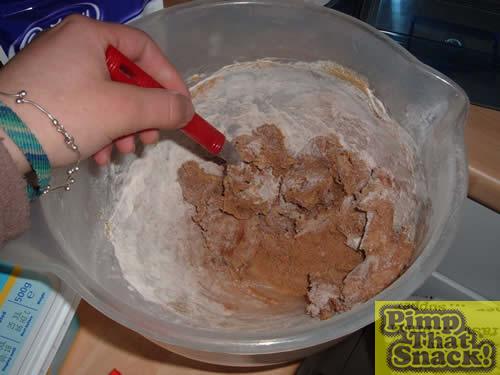 Grease the baking tray, and put half the mixture in and bash, beat, clobber, crush, mangle, maul, pelt, pound, punish, smash, thrash, and wallop into a flat shape. Hurl into the oven, gas mark 5 for 20 minutes. Repeat for the other half of the mixture. 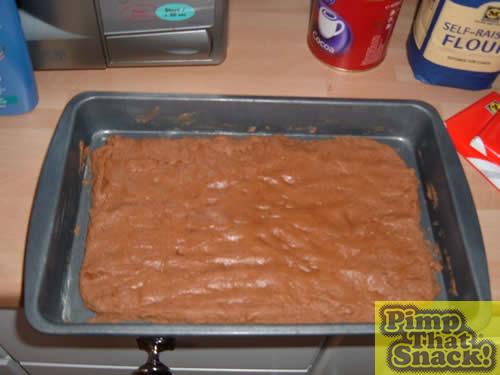 When they come out from the inner depths of the oven you just need to cut them into shape while still warm coz once they go hard you’ve had it. 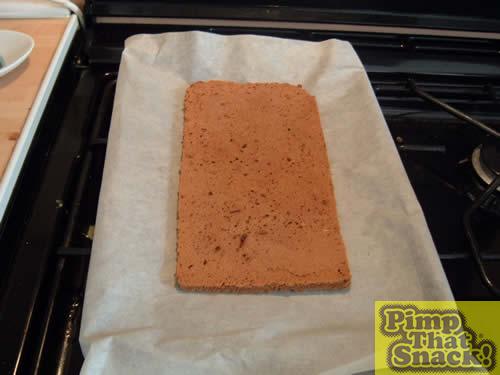 Lay on a beast of a layer of chocolate frosting on one half (bit messy!) It helps if you go a little overboard with this, it’ll be getting squashed down. 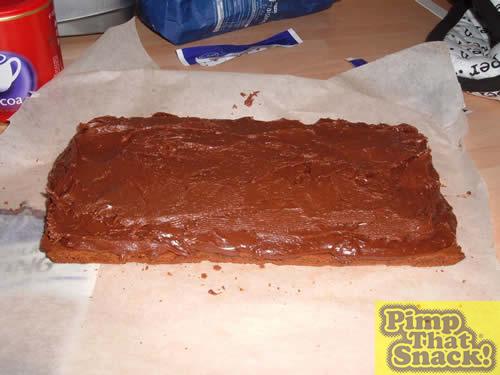 Place on the other half of the biscuit on top and squash it down, cutting off the excess frosting with a knife. 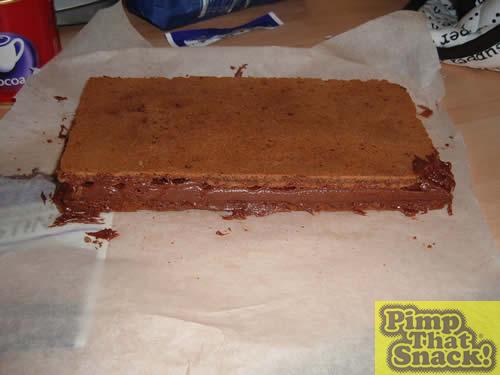 Melt down some chocolate and pour it over the bar like a in-patient at the local insane asylum. Put the pattern in using the back of a spoon or other suitable utensil. Merrily throw the amazement into the fridge to set. 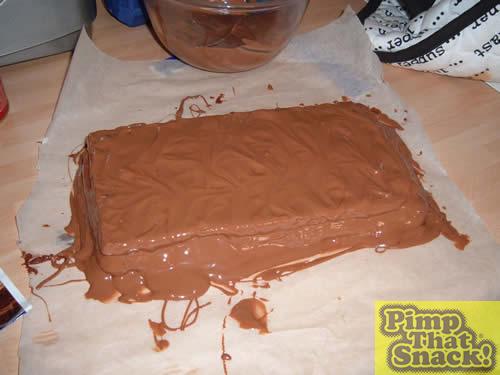 When set, trim off the excess chocolate, turn over, and cover the base in melted chocolate. Originally we had 200g of chocolate to work with, but this was used up by this stage and we had to call in reinforcements. Wham it back into the fridge. 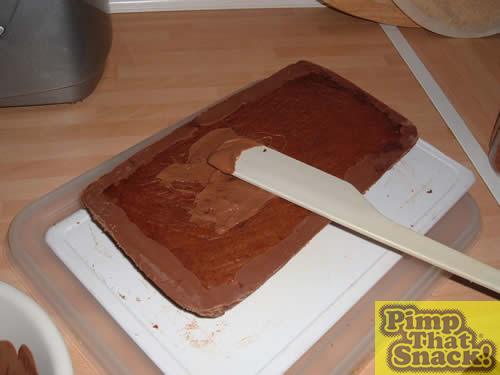 Admire your gargantuan Emperor Penguin. Cut open to reveal the internal delights. Now that’s what I call a p..p..p..pimped up penguin! 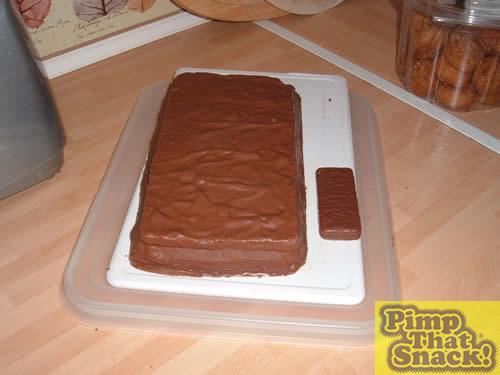 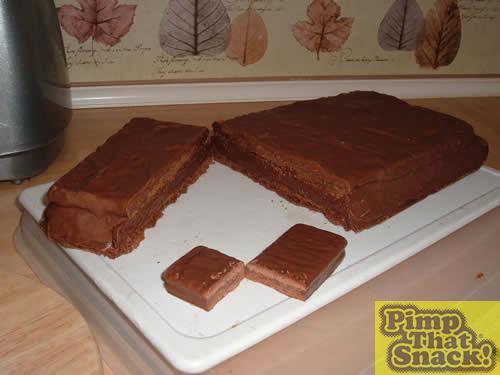