Double Deckers generally leave one with the nagging feeling that there just isn’t enough in one standard bar – a snack that moreish needs to go on a fair bit longer. The solution? Take a humble Double Decker and turn it into a D12 tour-bus-sized snack machine. Let us introduce… The DOUBLE Double Decker… Ding Ding! All aboard…

Step One: Go on guess… I’ll give you a clue… it involves exposing 1 and a 1/2 chocolate bars to extreme heat! Then we chuck in 12tbsp of Rice Krispies (other puffed rice based cereals are available). The whole lot is mixed up and then put into a lined baking tray complete with a custom-built mould element (folded card to anyone else). The bar takes it’s first of many trips to the freezer. 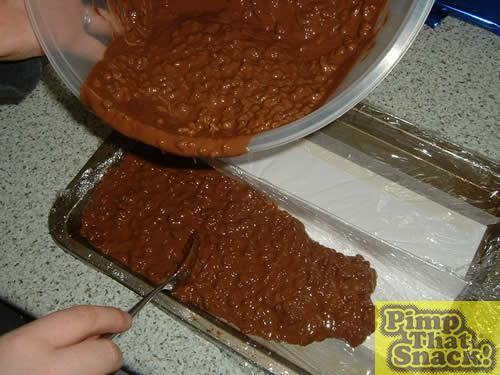 Step Two: Nougat – where confectionary meets epoxy resin! Not wanting to open ourselves to accusations of corner cutting we decided to make it ourselves from scratch. So we mix the honey, icing sugar and egg whites together – for 30 minutes stirring continuously over a low heat. This requires great wrist strength [insert own gag here] and patience. 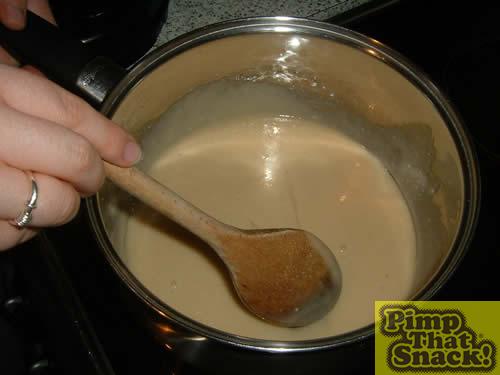 Step Three: Goodness, gracious… great ball of nougat (btw is it pronounced ‘nug-get’ or ‘noo-gah’?) The molten noo-gah mix is poured out onto a board coated liberally in icing sugar and is kneaded (with extreme care due to high risk of third degree burns) until it cools and becomes more of a solid. 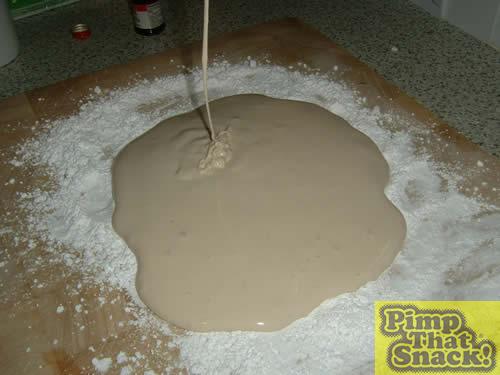 The ball is then pushed into the other half of the chocolate mould and is put into the freezer. 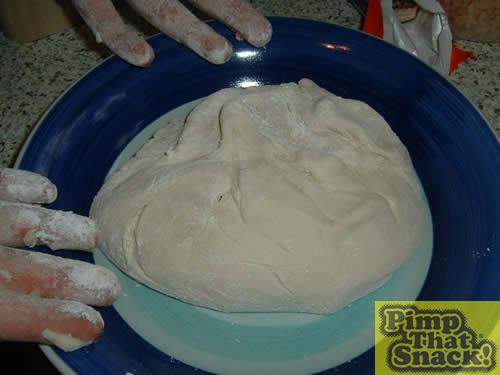 Step Three: The chocolate crispy slab is removed from the freezer and has a layer of melted chocolate applied to form an adhesive base for the noo-gah. 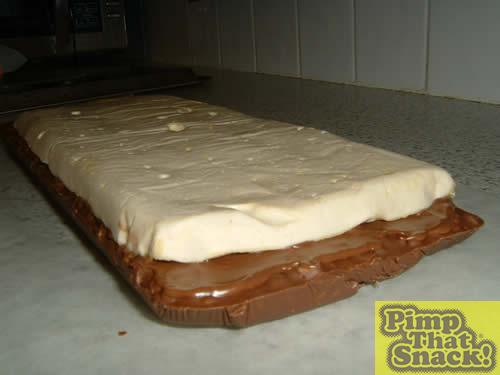 Step Four: The layered chocolate crisp and noo-gah is then cut in half lengthways and one half is placed on top of the other to create another ‘double deck’ glued together with another thin layer of melted chocolate. It then gets a short back and sides to clean up the edges and is put back into the freezer to allow it to set. 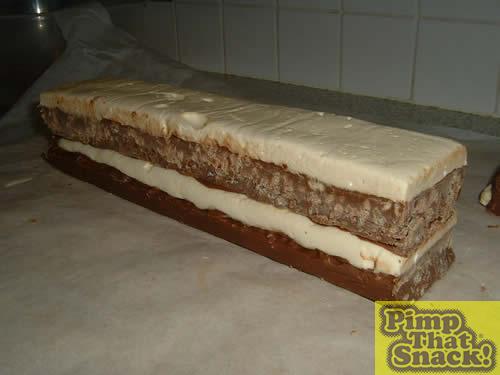 Step Five: Removed from the freezer and jacked up on chopsticks the bar is ready to receive it’s chocolate overcoat. A couple of applications are required with intermediate trips back into the freezer – this is one mammoth slab of Decker! 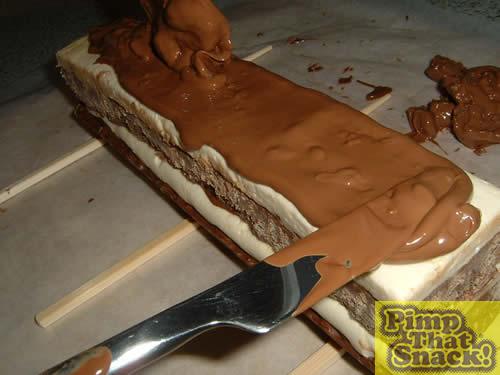 The Reveal: The Double Double Decker is removed from the freezer for the final time.

TA-POW! (T’Pau… anyone… no?) Carol Decker? Not likely – this isn’t China in Your Hand (Christ I’m showing my age) this is a Double Double Decker in BOTH hands! 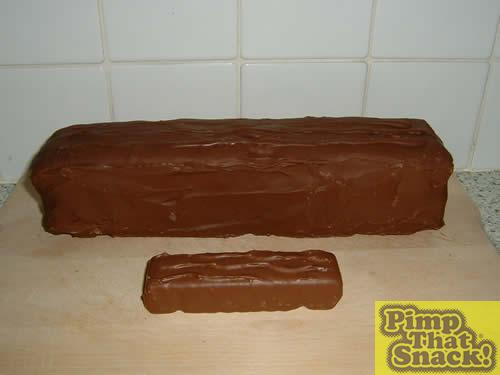 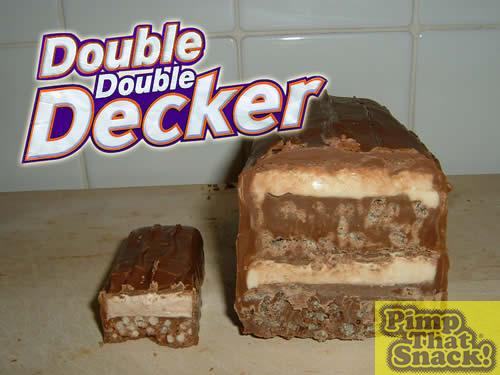