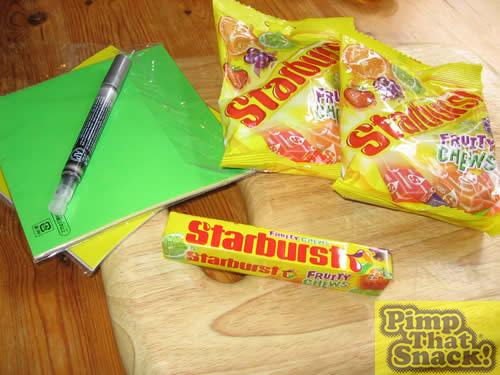 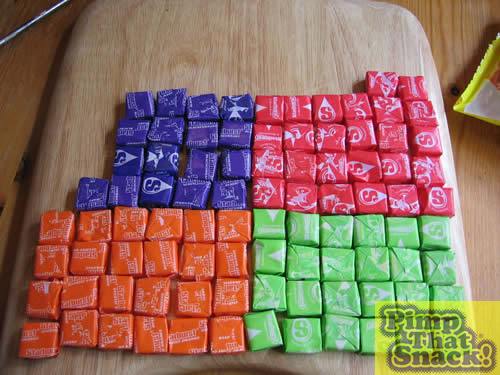 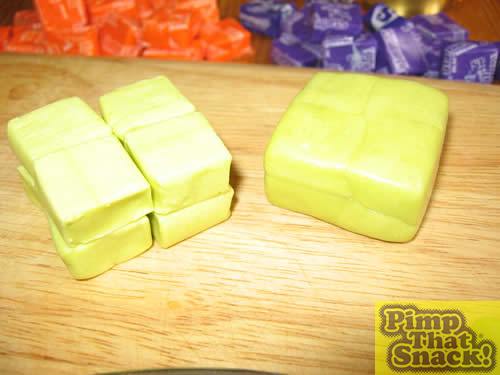 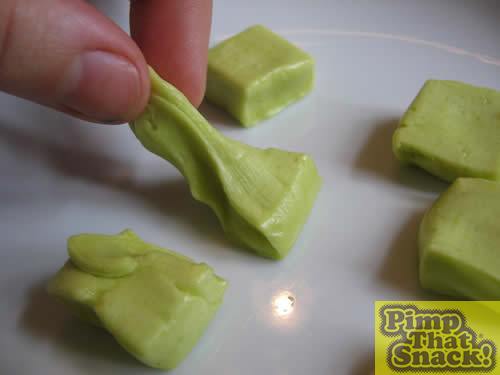 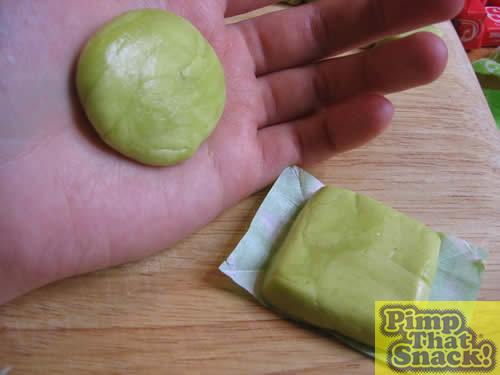 I used a massive knife I found in the kitchen drawer and a cake slice to shape the sweets into the proper dimensions. 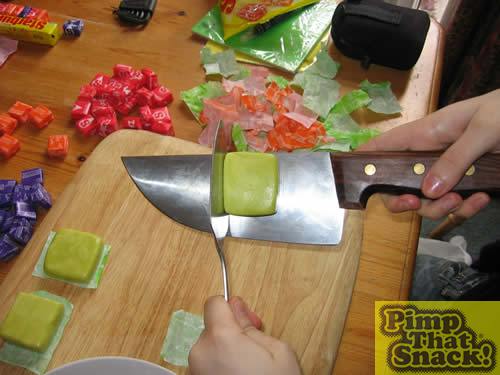 Here are all the sweets moulded and shaped: 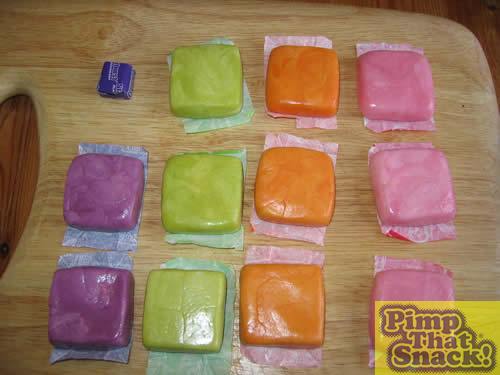 The heat from microwaving had made them a little too soft to hold their shape properly (I wanted corners here!) So I placed them in the fridge for while to firm up a bit. Meanwhile I set to work creating their wrappings. I had some origami paper which was the perfect colours for this, which I cut to 4 times the size of the original wrapping. The real wrappers have the SB logo on them, which I could have copied, but I didn’t want to do the same design as those damn Starburst, I had a better plan in mind… 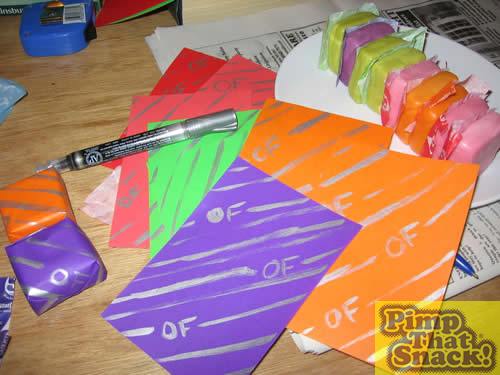 I got the sweets out of the fridge and wrapped them up, then measured a piece of yellow paper to the right size for the outer wrapping, upon which I did something a little bit special…. (at this point I had to leave the outside wrapper to dry overnight). I went to bed to dream of giant sweeties covered in gold…

And then, it was done! Here we have the finished item: The snackdaddy of them all, the fruity sweet to end all fruity sweets! I couldn’t call them Starburst, not after all we’d been through! These, my friend, these were Opal Fruits, the sweet of kings! 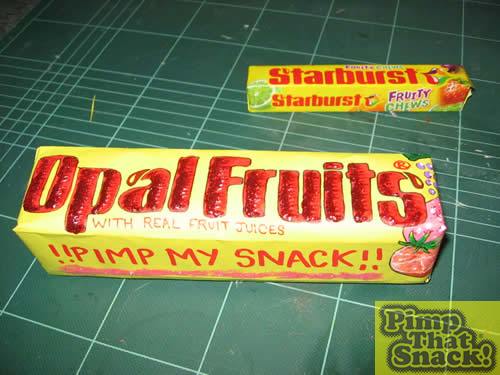 And, of course, the obligatory reveal-all centrefold: 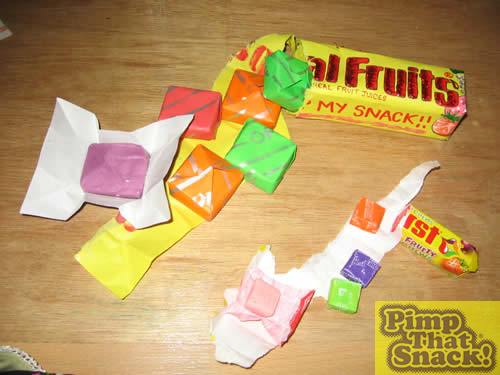