After looking at pimipmysnack.com and alot of time considering what to make
(3 weeks) we decided to make a coconut macaroon! Full of coconutty tasty
goodness.

All we needed was….

A bottle of Vanilla essence
and a bar of cooking chocolate. 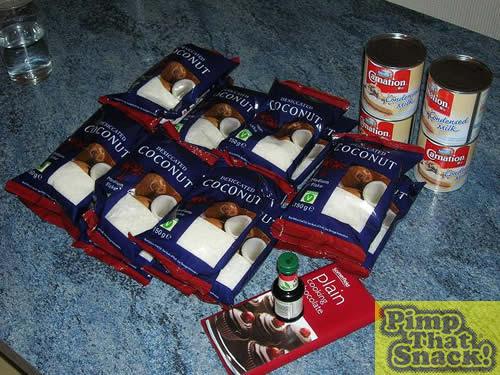 After visiting Somerfields AND NOT FINDING ANY COCONUT MACAROONS we found
that maybe coconut macaroons we found that they are not very popular. So
our quest to make a bigger one had an even bigger point to it. To tell the
world about them and share the goodness.
We bought every ounce of shredded coconut that Somerfields had on the shelves
(65 ounces), and collected the other things we needed. A good hard look was
needed to find the condensed milk. Somerfields should clearly state where
their condensed milk is placed. We eventually arrived at the checkout where
we were greeted by a ginger teenage checkout girl who mocked us for our excessive
amounts of coconut we were buying.

By now it was 5.15pm and we seperated and arranged to meet at 9pm with chinese,
and whilst eating this we watched Big Brother.

At 9.20pm we swiftly got to work with mixing 3 bags of shredded coconut
to 1 can of condensed milk, and 2 table spoons of vanilla essence, this we
repeated 4 times. 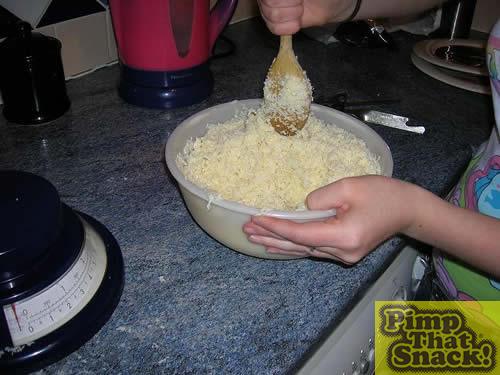 We would like to add that Manda didn’t have a round tray
big enough for the size macaroon we wanted to make.
So we used a rectangular roasting tray! 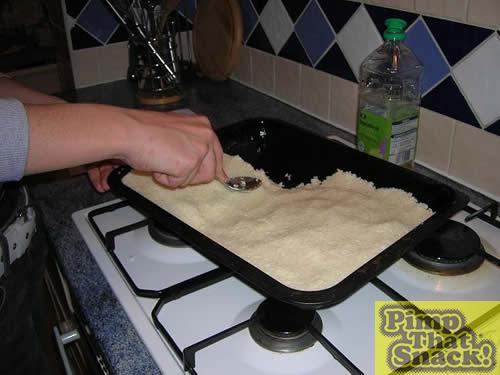 Which we greased, and turned the oven on fan assisted oven at 300 degrees.
After greasing we added all the coconut mix into the tray a bowl at a time,
and got compressing!

When we couldn’t find any coconut macaroons at Somerfields we decided to
make a normal size macaroon to show the standard size of one. We named her
Little Mac. She was a pretty one. 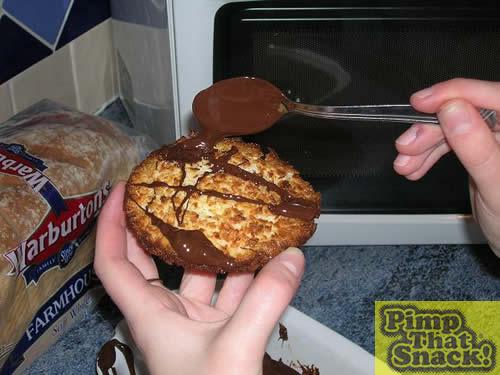 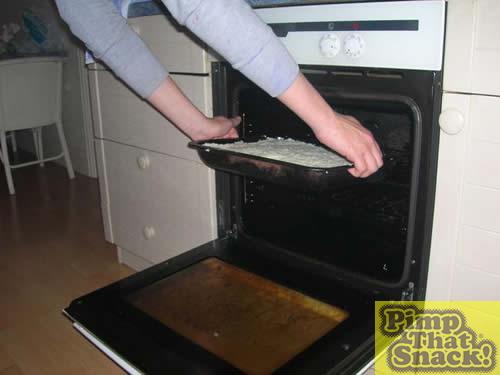 Whilst waiting for our masterpiece to cook we cleaned up..
as you can tell it was a bit of a mess. With coconut stuck to our feet and
faces.
Ten minutes went by and the BIG MAC was golden brown. We removed him from
the oven and left him to cool in the garden and then the fridge. 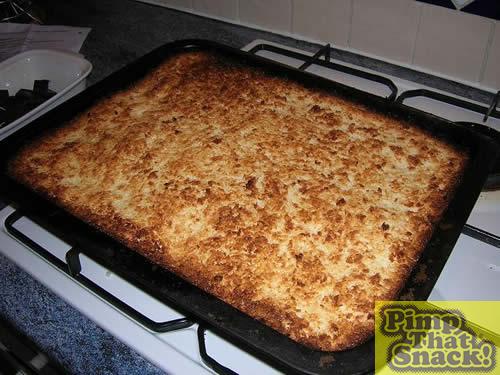 We melted the chocolate and attacked little mac with it. Once done, we realised
it looked like a small hamster had done its business on little mac.After this success we decided it was time to seperate BIG MAC from it’s womb.
Will we be successful?
Maybe not…. 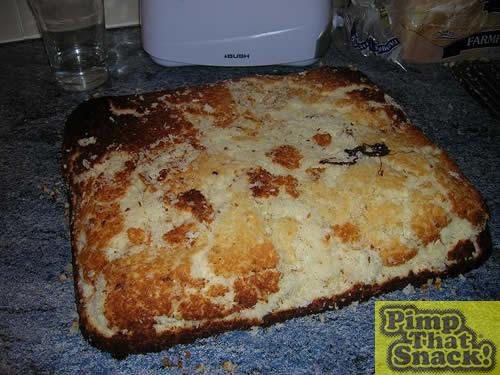 WHAT’S THIS!?!? We compressed too well! BIG MAC’S top half had gotten stuck
to the roasting tray. After alot of banging of the tray and scrapping round
the edges he popped out. To Lauren and Manda’s excitement.

We dribbled the chocolate dressing BIG MAC whilst doing this we covered the
majority the kitchen and ourselves. 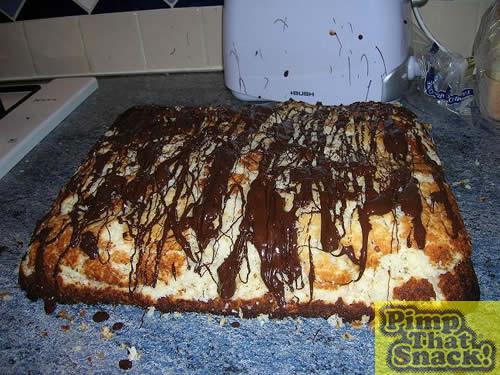 We united little mac and BIG MAC together showing their comparison in size. 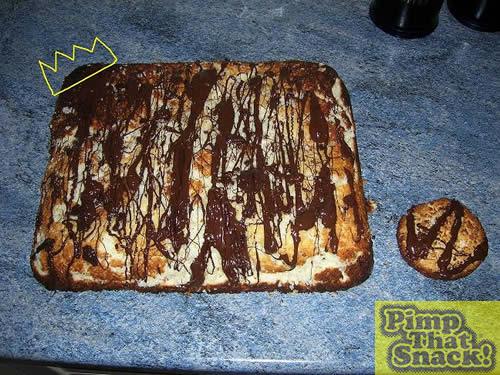 The next day, once the chocolate had set BIG MAC was at his best the devouring
commenced.
We cut it in half to share between the two of us and Manda attacked her half,
and Lauren nibbled like a cute squirrel. 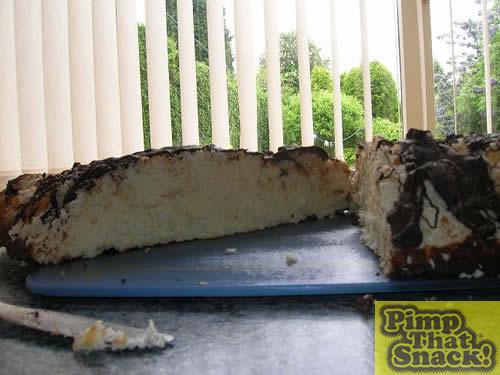 We think at this point it will take us a week to eat him, even with his adventures
to college.