The Viscount, being the only biscuit with a title, is a pretty posh piece of work. But not, contrary to appearances, so posh we thought it could only be pimped with brand name products. That was down to the deference of Morrisons; so in awe of the peppermint wonder, that all own-brand products had been miraculously cleared off the shelves. Along with the peppermint essence. In the name of improvisation, we plumped for some bizarre mint squash to act as the sandwichey substitute in our outrageously expensive, organic, free-range biscuit. 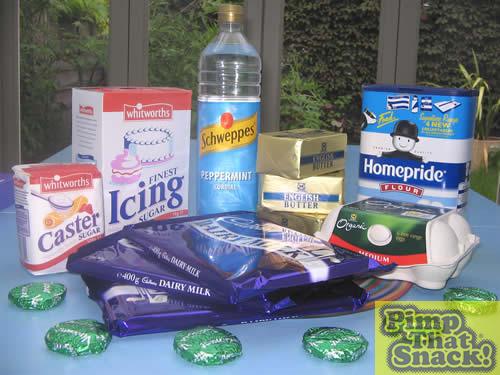 First, the biscuit making. Butter and sugar are creamed together in some kind of gym-like arm-exercise hell until light and fluffy. Then a crazy amount of flour is added and worked in to form a devine tasting biscuity dough. Yum. We roll it out, and place it into a cunning pizza-cooking tray that I had purchased at the palace of Morrisons on a whim. Clever, I thought. We can keep it to a sensible shape. More on that later… 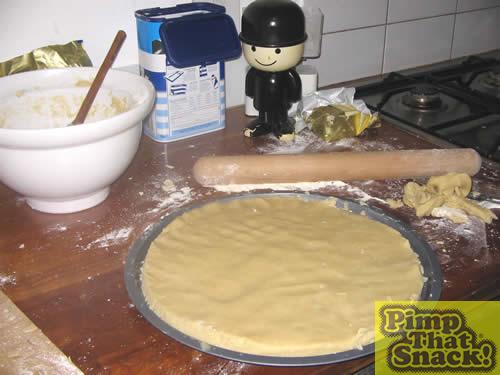 Into the oven for a scant 15 minutes, and then out onto a board to cool. Child’s play. Ooops: in my excitement, I flip the biscuit onto a board that can barely contain it. Nope. No barely about it: the board is too small, and the delicious all-butter yumminess crumbles and breaks. Eeek! That’s billions of pounds-worth of biscuit ruined. 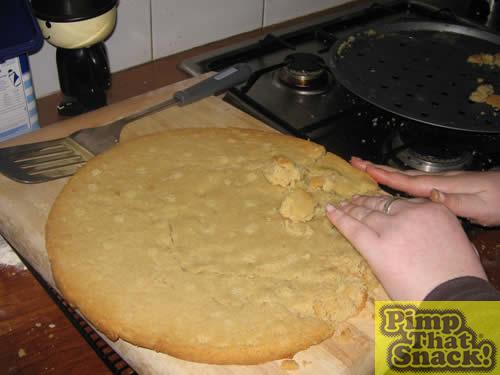 Quick! A plan is hatched — Dairy Milk is melted using the traditional bowl/water/pan method, and used to glue the Viscount back together in the form of a base covering. Hooray for the chocolatey goodness of this princely beast; into the freezer and that’s near-disaster experience number one diverted. 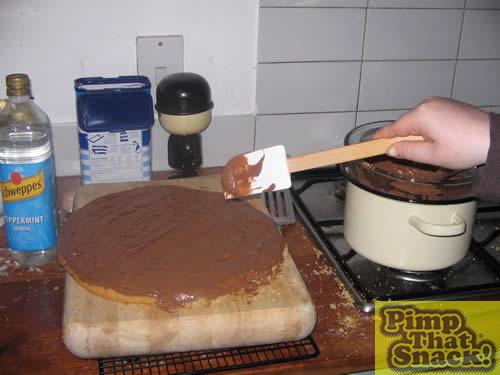 Not to waste a precious second of preparation time, we approach the melty, minty wonder part of the Viscount equation. And the mint squash (do not drink this, it’s like guzzling mouthwash). In the spirit of doing things properly (this is a royal biscuit after all) we plump for a peppermint cream recipe that demands the whisking of one egg white, adding of icing sugar and then peppermint flavouring. Due to the cordial, it’s a wee bit runny, but after a spell in the freezer, we pour it onto the now repaired Viscount base. It looks solid enough. 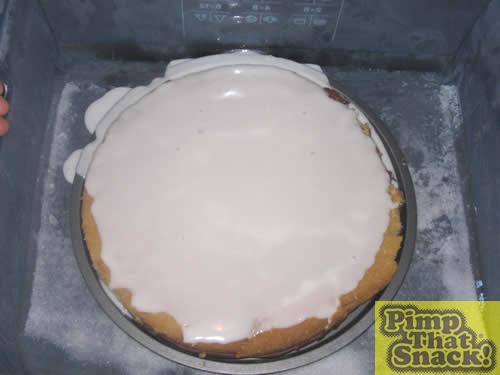 But it is most certainly not. Determined to ruin the most costly biscuit known to man, the minty fondant runs all over the place, sticking Kingley to the freezer drawer. Some chizelling later, it gets worse as the flaw in the pizza shelf tray thingy is revealed — and runny white stuff drips through the holes in the bottom, squelching over the kitchen, us, and the Viscount.

Gah! It takes half an hour, two j-cloths and precision craftmanship to remove all the goo from the biscuit. We remake the icing stuff (this time without the egg white) thud it on, and quickly cover the whole thing with chocolate, all royal care and attention long-since abandoned. The fondant doesn’t ooze, so we shove it in the freezer and prepare the packaging. 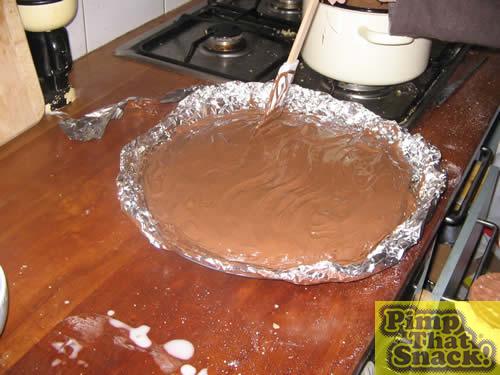 Morrisons, not being au fait with all things regal, had a shortage of green foil. The situation is rectified courtesy of green glass paints, applied artistically over your bog-standard silver foil. If the Viscount were appearing in Hello!, his outfit would be a bespoke suit made from handpainted fabric and hand embellished. God, this biscuit is good.

And so finally, Viscount Kingley emerges. Truly, a feast fit for a king (and because of the quality ingredients, a taste far better than the original). Warning: consumption may cause gout. 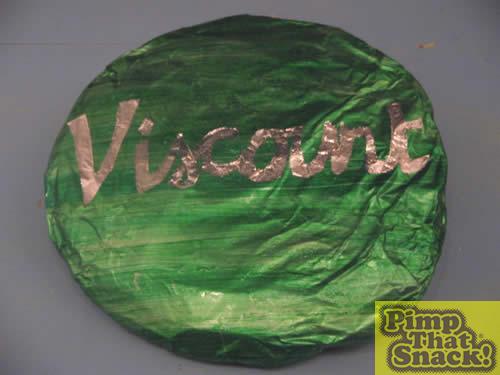 And the obligatory cross section 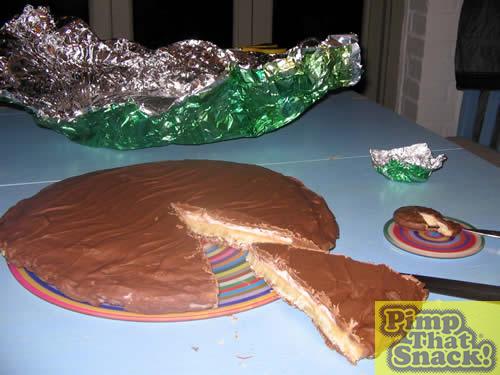