Serves 3 people, 2 gluttons, or just me.

What’s the finest snack food in the world? It’s obviously the new KitKat Chunky with Peanut Butter. But I’ve pimped that already. So what’s next? Obviously, as a single bloke who lives on his own, the answer has to be the Chicken and Mushroom Pot Noodle. But is this a snack, or is it a meal? And if it is a snack, would a “Pimp Noodle” become a meal? Let’s find out. 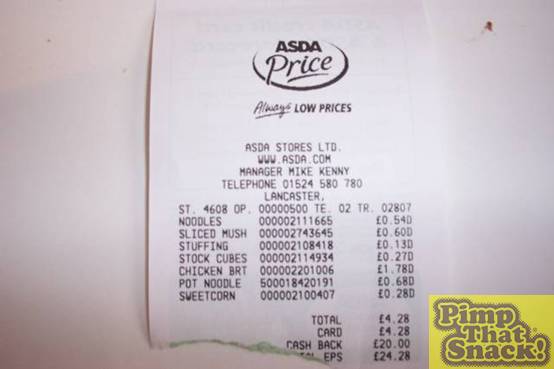 I also took the opportunity to buy a Lawnmower, a Microwave Oven, several pairs of trousers, and a Horse, but that’s Walmart for you. Here’s what I bought: 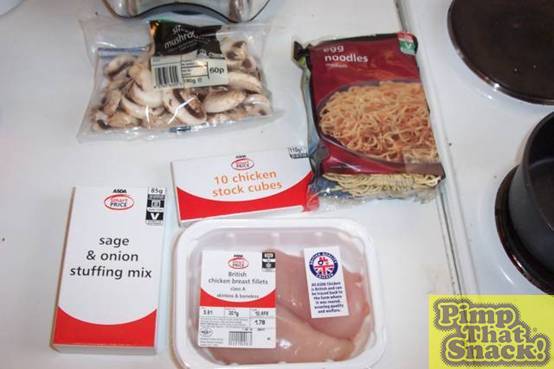 The stuffing mix was an impulse buy, only cheap, and I ended up not using it. I boiled a pan of water and melted the oil in the frying pan, and proceeded to chop up the chicken. Remember, when chopping chicken, always use a sharp knife, ask an adult to help you, and wash your hands before and after to prevent Bird-Flu. 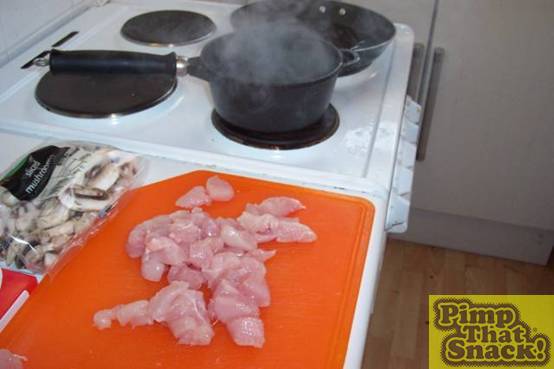 The next stage involved gently frying the (possibly infected) poultry whilst crumbling a couple of stock cubes in the water. It’s worth noting that sales of Swan and Mushroom Pot Noodle have dropped dramatically over the last couple of days. 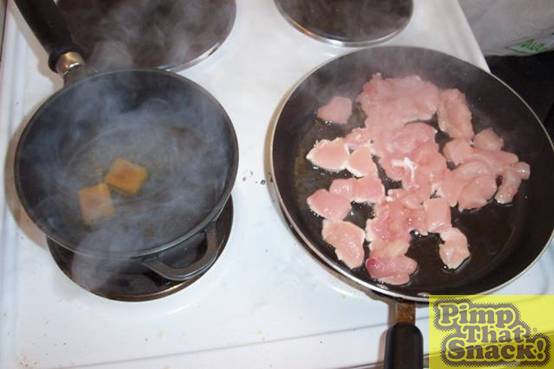 I add the egg noodles into the water. The smell in my kitchen is fantastic, but that’s probably because I’m wearing Lynx Africa: 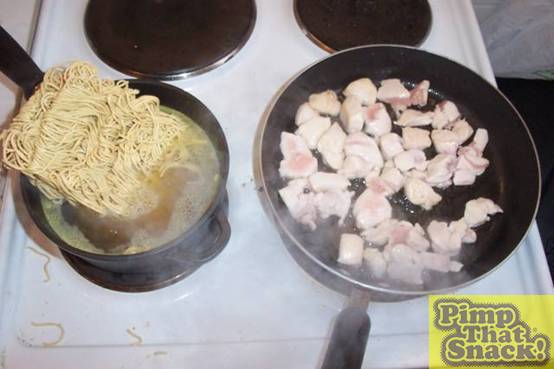 I throw in the sliced mushrooms, and drain the sweetcorn. I’m not really a fan of sweetcorn, but then again, maybe that is the magic ingredient that makes the real Pot Noodle so scrumptious. I’m chucking some in, although the only can I could find in Asda was bloody huge, so I have to be very careful not to overwhelm the dish. 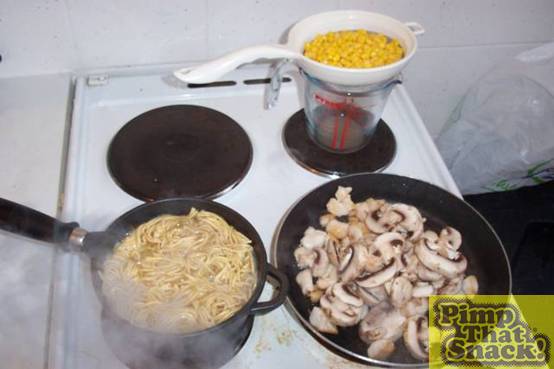 After frying the mushrooms for a few minutes the sweetcorn is thrown in, along with the noodles, so the whole lot is bubbling nicely in one pan. The only problem is, it’s looking less like “Pot Noodle” and more like “Not Foodle” at the moment. 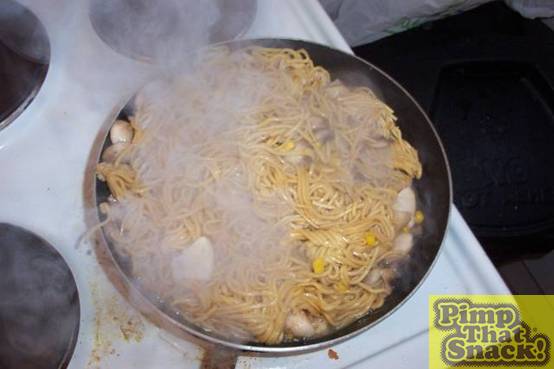 The final part of what had gone from a snack to a meal in such a short time, is the sachet of tomato sauce. This is going to require more than a sachet, this is going to need something extra special. So I turn to the fridge, and pull out something that we pimped earlier. 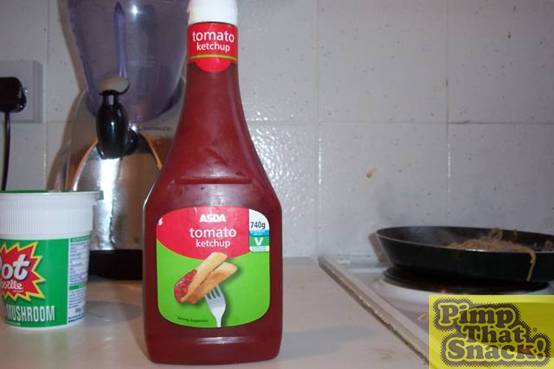 This may look like a normal bottle of ketchup, and it was, once. These days, this is a very special bottle of Ketchup, it lives in my fridge, and everyone I know is too scared to eat it. It is difficult to tell from the photo, but what looks like marks on the bottle are actually shades of a much deeper red. This is from when my friend Alan mixed in a very small quantity of an extremely hot chilli sauce. This was imported by Alan himself, and one drop really does burn your mouth, throat and eyes (!) for hours. This ketchup is now lethal, and everyone is too scared to even look at it. Including me. so it’s going back in the fridge. Sorry. 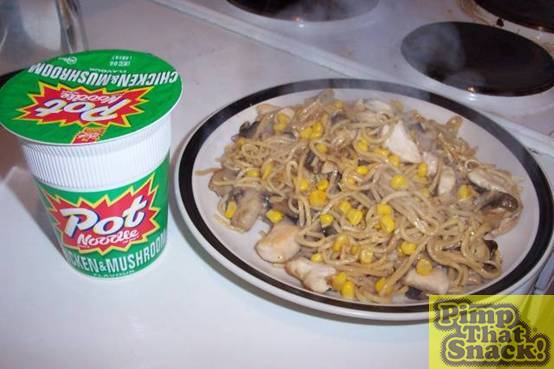 So, it’s finished. And there we are, a “Pimp Noodle” and surprisingly, it doesn’t taste too bad. If I had to make a criticism, I’d say that whilst delicious, it doesn’t actually taste too much like the real thing (unlike my PimpKat which was beautiful, and was every bit as good as the real thing, only bigger). However, it was very tasty, and as a first attempt at a cooked pimped-out snack, it’s one more thing that I’ll be proud of, even if it does give me Bird- Flu.