Prepare two giant meat patties by mixing 3/4 good quality mince with 1/4 cheapy frozen mince (the fattyness of the cheap mince helps bind it! But don’t forget to defrost it first!!) Put the onions through a blender to achieve a nice small cut then mix them all together! 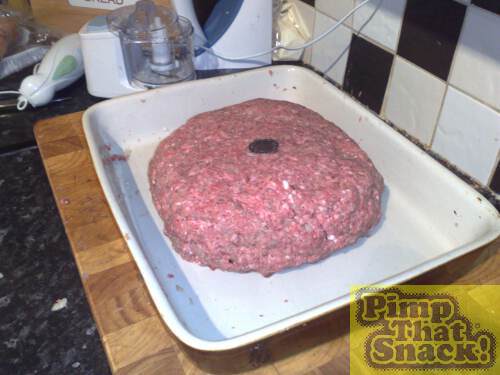 Use lot’s of pressure on the patties to keep them together! Ours weiged in at over two pounds each!! 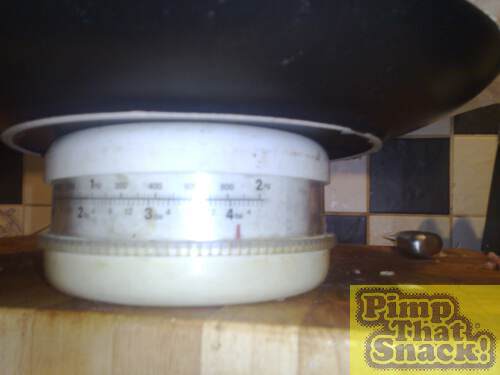 Leave them in the fridge for at least 24 hours.

Pop to your local macdonalds armed with lots o charm and smiles to try and get origional big mac sauce! I would like to send out big love to the girls at macdonalds in Hampton Peterborough for supporting our pimp! And harrassing their manager into giving up his special sauce!!

Slap them beasties on the BBQ! They are thick so make sure you give them plenty of time to cook through or it’s mad cow desease for you!! 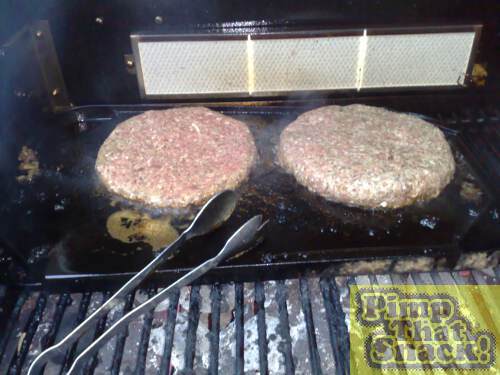 Add to the bottom of the bun a sliced tomato and about half a lettuce then give it the first pouring of your special sauce! 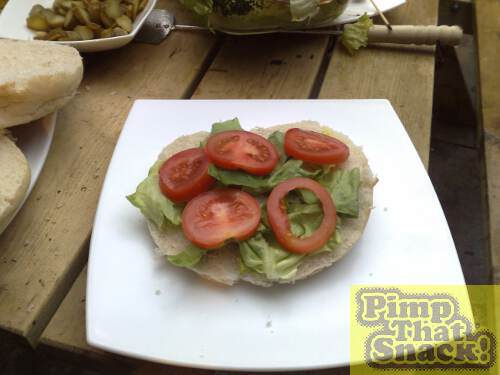 Add a burger! Take care when moving/flipping we found putting a plate ontop of the burger then large flipper underneath works best to flip/move or your uber burger will become lots of little burgers!!

Add the next Pattie and top with lettuce toms and more sauce!

Put a real big mac next to it for size comparison then let your mates take photo’s to spread the word! 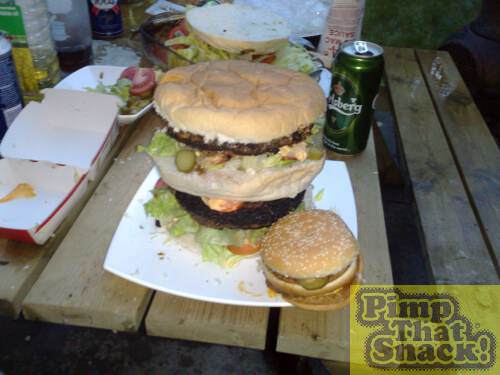 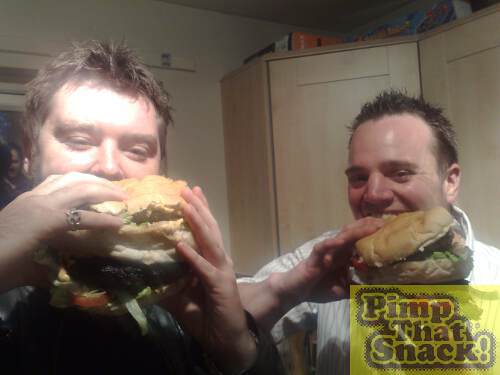 Really the last stage!! Bask in the glow of admiration from your peers

This pimp was brought to you by Rob (gman) Goldsmith, Mark (staff) Stafford in association with Stuart (DJ Surj) Johnson. 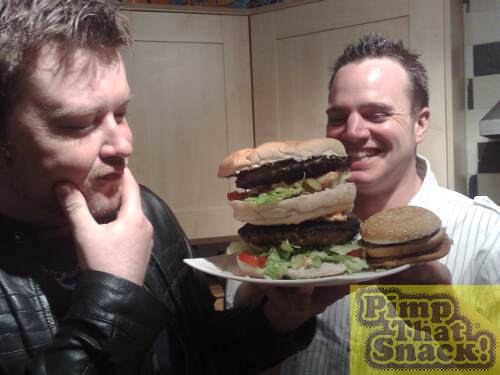