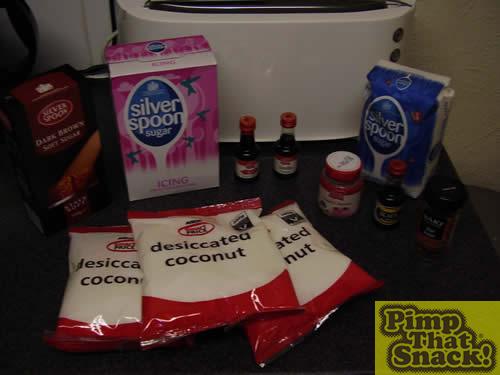 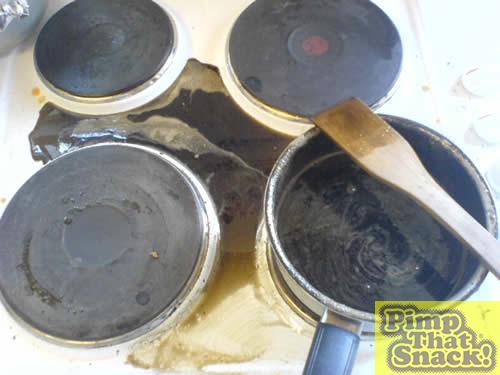 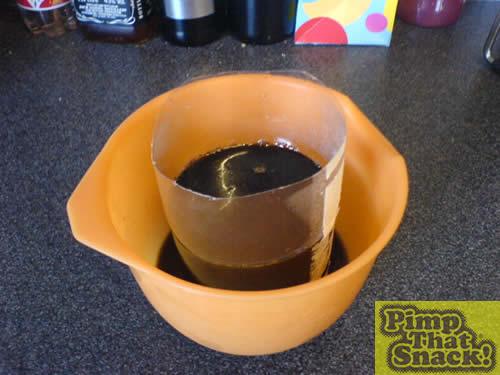 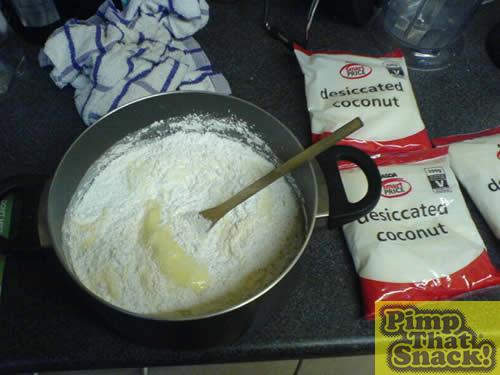 Luckily I have a strong right arm 😉 as this is a tough mixture to mix, but I am sad to say there was one casualty as a result of this. I should have known he wouldn’t be able to take the punishment, but I still persevered and then it happened……………my favourite mixing spoon snapped. A moments silence please…….. 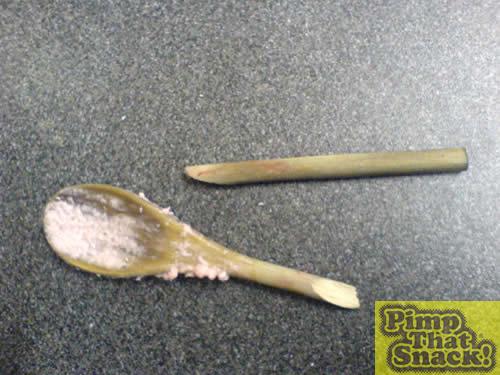 I managed to pull myself together after such a great loss and found a worthy replacement spoon to finish my mix. 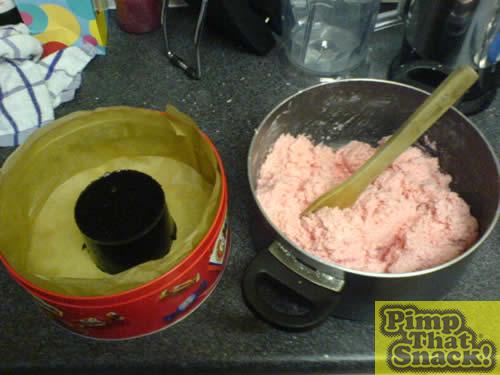 The liquorice was split from the mould and the ends where trimmed with a nice hot knife to remove the debris from the Star Anise and Liquorice Bark. It was then placed nice and centrally in a prepared (greased and papered) Celebrations Tin, I would advise some forward thinking at this point, as I usually don’t, you will see why. The coconut ice was then pushed in all around the liquorice and popped in the fridge to set overnight. 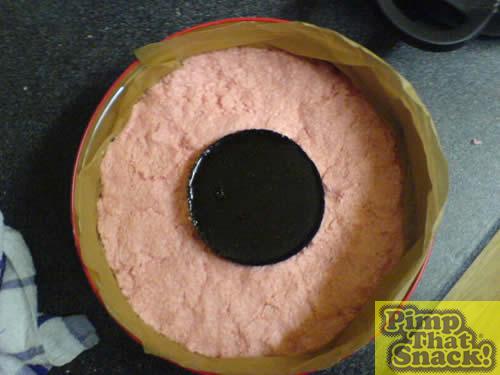 Day 3 and the pimp was finished! But this is where the forward thinking comes in. Celebration tins have a lip around the edge and are not designed to make pimped Liquorice allsorts, this means that when you try and slide the bad boy out, it kinda gets stuck! The Tin had it coming to it some would say, I certainly did as I wasn’t letting a little lip get in my way, so out with the heavy duty scissors and the tin was cut to shreds! 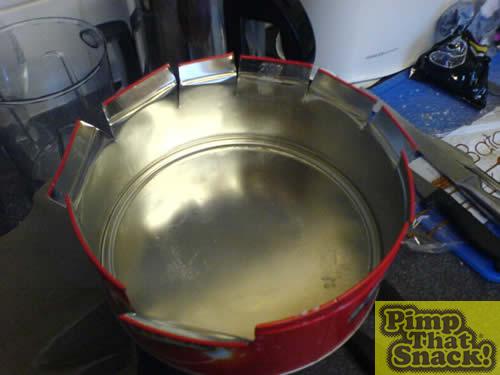 And there we have it, one huge pimped Allsort containing so much coconut ice even for me to eat, it is a shame however that I hate Liquorice, but we all have to make a sacrifice at some time in our lives. 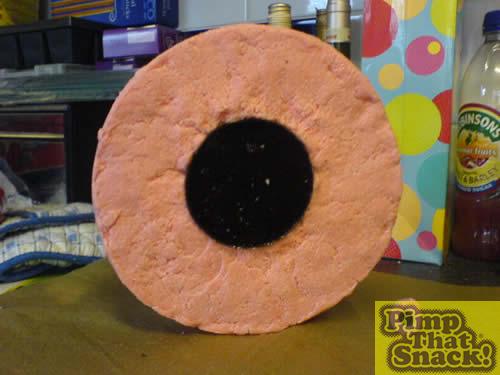 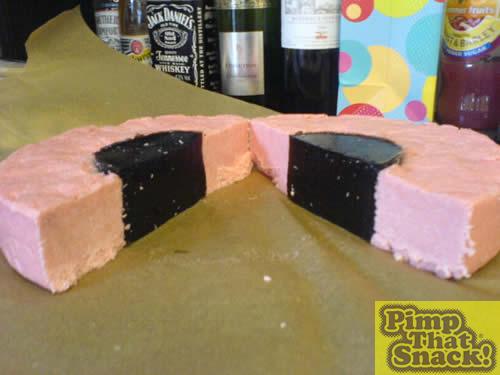