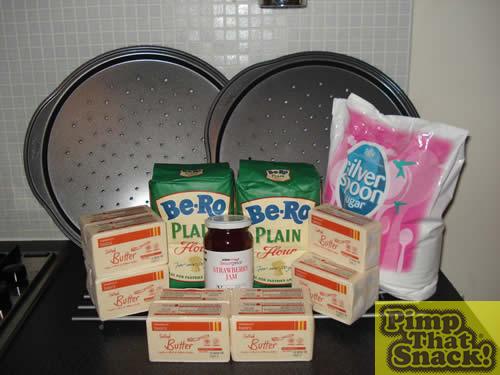 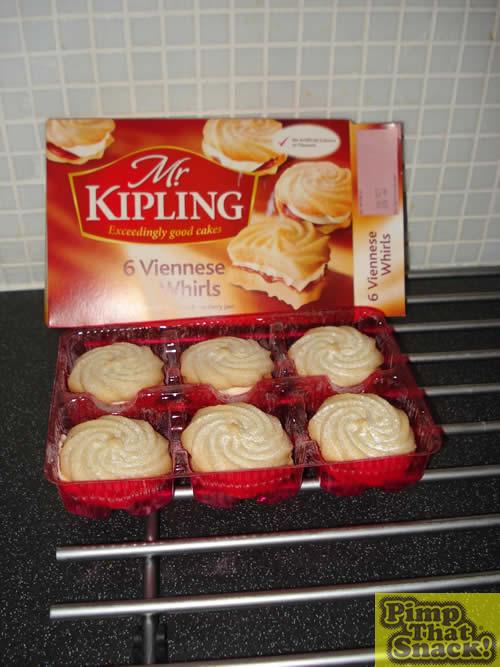 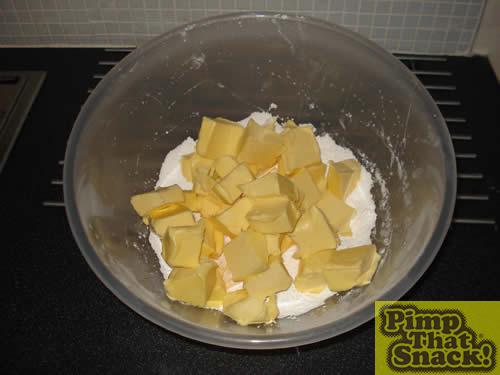 Firstly, we measured out the ingredients for one whirl and lined the tins with greaseproof paper.

We then got to work with Laura’s trusty hand-held mixer, creaming butter and sugar. This promptly started to whir alarmingly and smoke under the strain of beating this record-breaking delight. 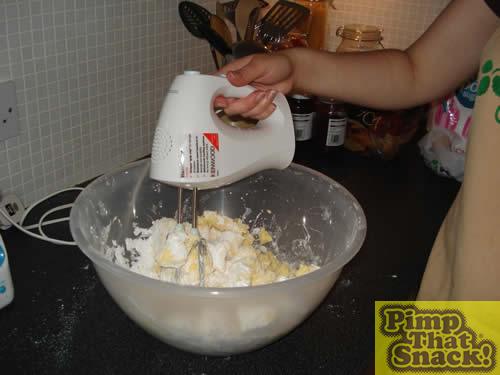 We switched to a wooden spoon. This proved tough work and we abandoned the spoon in favour of our hands. 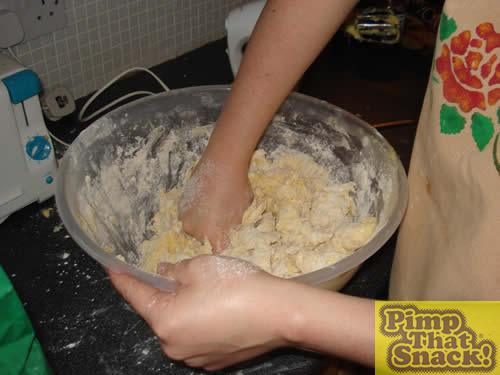 The flour was sifted in.and, after much kneading, it came together beautifully.

It was shaped in the tin and artistically fashioned into a whirl by Claire. 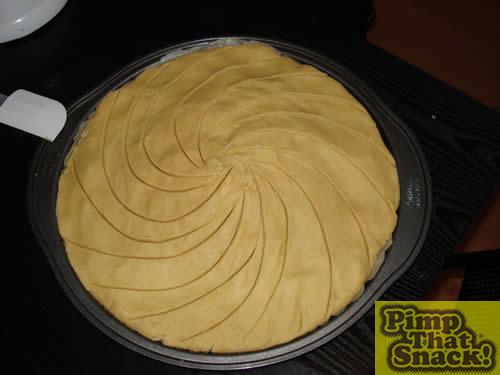 We then repeated the exercise to make another whirl.

These were baked at 150ºC for 1 ½ hours and we went out for fish suppers as they were cooking. 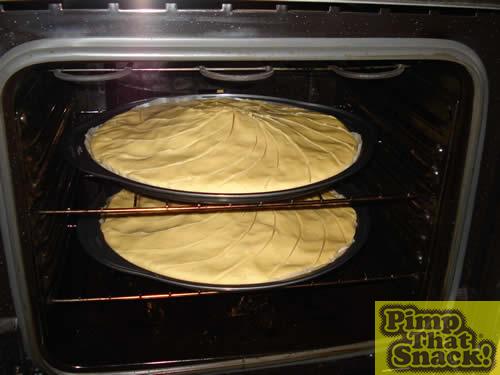 They came out golden brown and looking scrumptious.

Bereft of a mixer the icing sugar and butter for the buttercream filling had to be taken home by Claire to be made with her mixer.

Too scared to construct it at home and transport it to work, we put it together in our staff room.  Spreading the jam on one half… And the buttercream on the other. 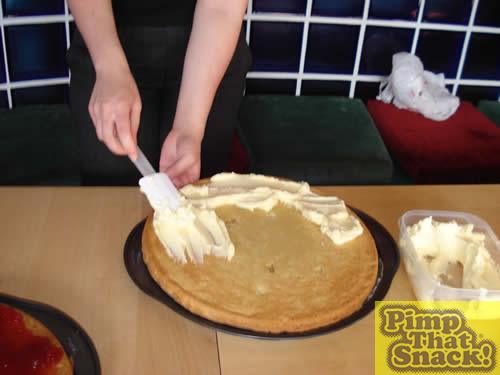 The two were then sandwiched together. 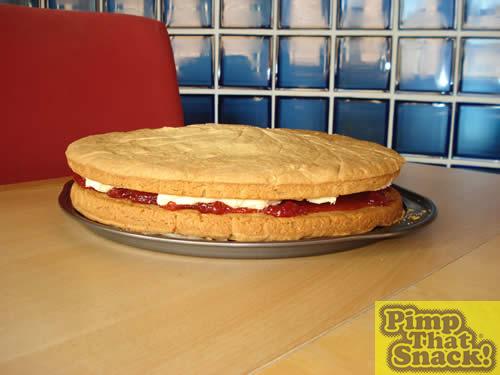 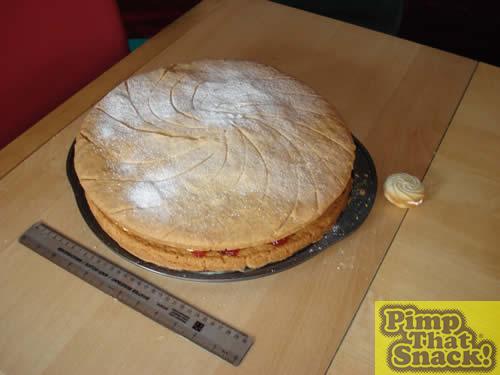 The beast measured 36cm across and dwarfs it’s smaller relation.

We planned to use it for “Guess the Weight of the Cake” competition, so took it downstairs to our print room to be weighed on the franking machine.  It came in at 6.572kg (or 7.225kg with the tin).

So here we are at the Coffee Morning with our gigantic Viennese Whirl! 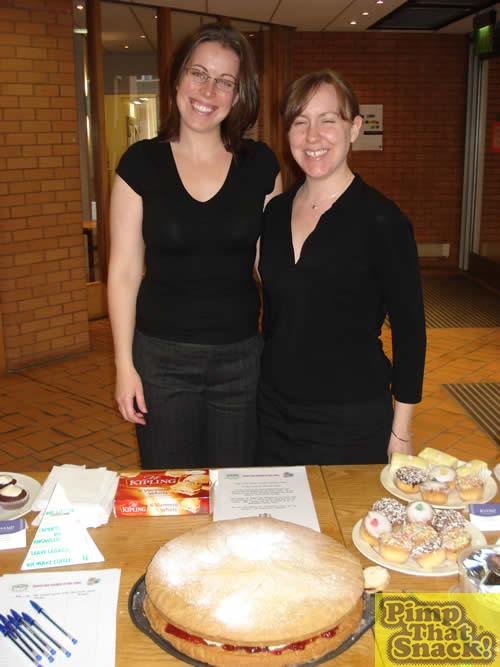 The competition winner divvyed it up amongst staff, which led to stomach cramps for all, over the weekend. 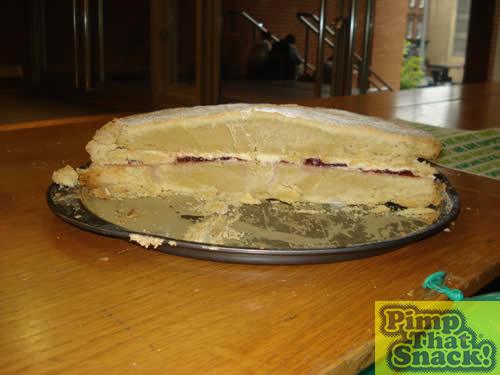