Step one – After finding a simple recipe for sugar mice (that didn’t involve boiling anything as I am prone to burning myself when cooking) we set about gathering the ingredients. Total cost £3.82 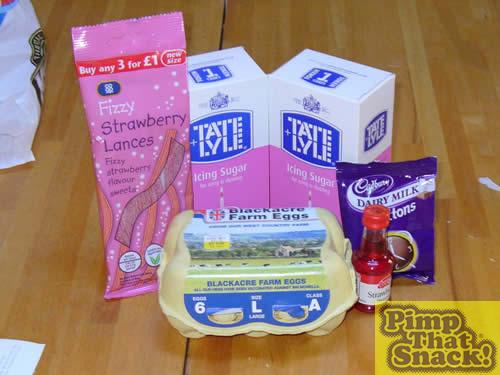 Step two – After a slightly failed attempt to separate the yolk from the egg white we beat the whites until frothy. 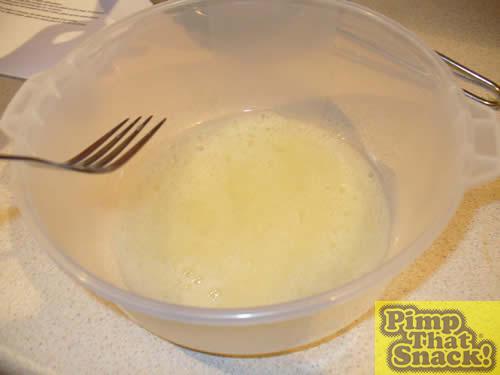 Step three – we added the icing sugar a bit at a time, getting it over the kitchen, the floor and my trainers in the process. The aim was to get a stiff mixture.

Step four – my helper decided that instead of adding the recommended few drops of colouring/flavouring, as suggested by the instructions, he would splash in an unmeasured amount “that looked about right”. We continued to add more icing sugar, in between times opening and eating the sweets as we hadn’t had any lunch. 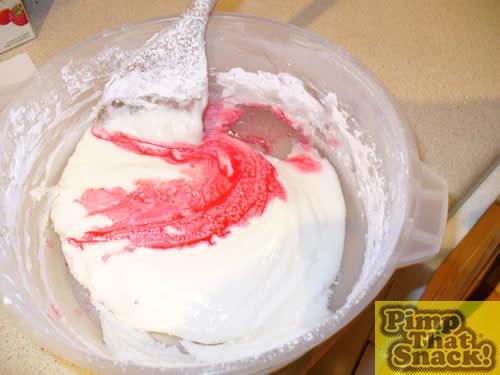 Step five – after about a box and a half of an icing sugar the mixture began to put up a fight. It now required two of us to stir it. One to move the spoon and the other to stop the bowl from skidding across the work surface and onto the floor. 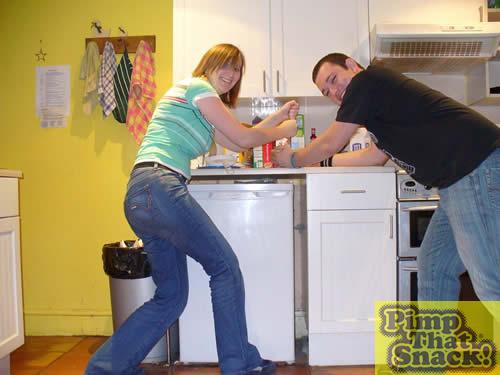 Step six – We added an extra half an egg white at this point and some more icing sugar. Eventually after much swearing, grunting and not so gentle persuasion we now had a pink lump that was then manhandled into a roughly rounded shape. 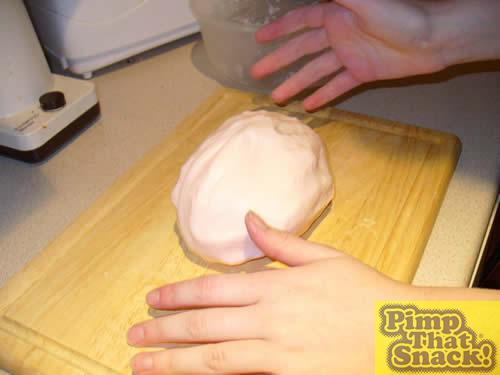 Step seven – after realising we didn’t have any parchment; cling film was the only alternative. Sadly the weight of the mixture meant that the mouse flattened as we added the decoration until it ended up looking a bit like road kill. 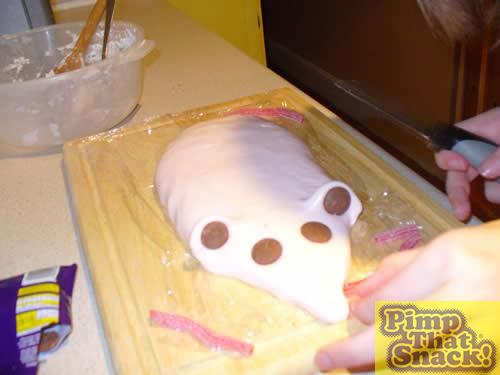 Step eight – due to the lack of available sugar mice, or even a white chocolate mouse in Woolworths pick n mix selection (I was disappointed) we had to resort to a fork to give a size indication. Behold the sugar daddy mouse.

Step nine – with the remaining half an egg white we made enough mixture to make several smaller mice – the children of the sugar daddy. These are pinker than the original as even less care was used in the adding of colour. My helper insisted on making his into a mouse-stegosaurus hybrid by the addition of chocolate buttons. 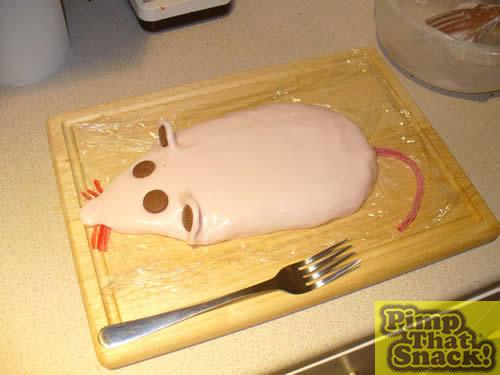 Step ten – leave for 24 hours in warm dry place, then keep in air tight container or eat everything and run around on sugar high, followed by visit to dentist. 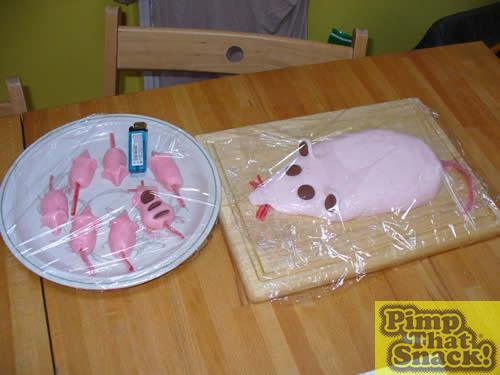