Ever ate a snowball and thought… I wish these were bigger? We didn’t. But we made one anyway.

Here’s how we made our beast of a snowball.

We used:
3 packets of white marshmallows
500g of chocolate
50g of dessicated coconut 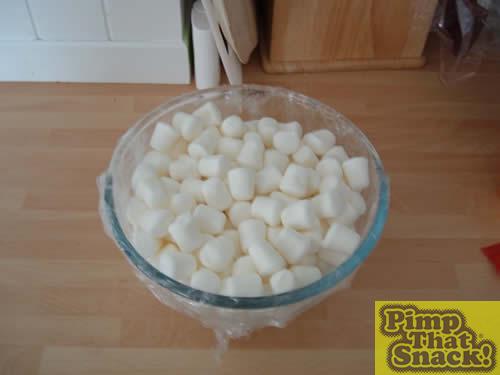 We lined a dish with cling-film and poured in all the marshmallows. After microwaving the mallows for about half a minute, they had started to melt significantly and we quickly cooled them by placing the dish cold in water before they melted entirely (previous experiments proved that this didn’t work too well, as the mallows became too sticky to be used.) 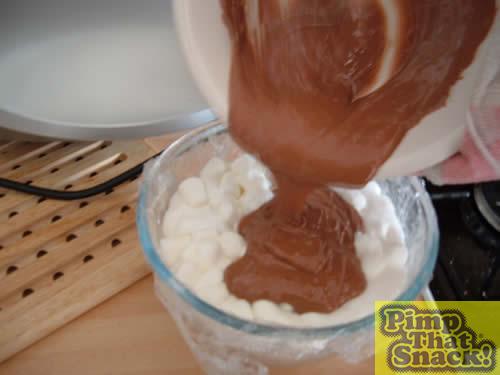 Applying a generous amount of melted chocolate to the base of the melted mallows, we left the monster to set in the fridge for a while. 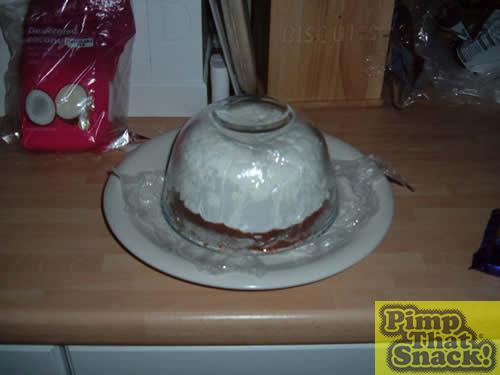 Once set, the dish was tipped upside down and the snowball came out after a bit of coaxing. 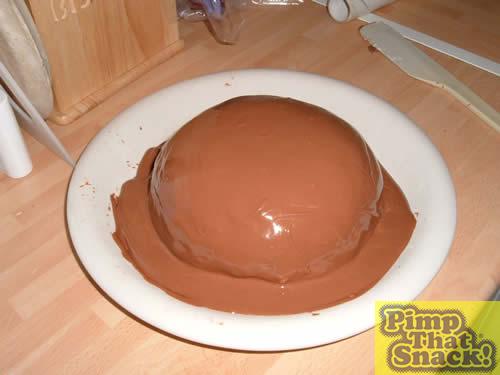 Mmm! The snowball already looks lick-smackingly delicious. Pouring melted chocolate over it and smoothing it out slightly gave it a distinctive snowball shape. 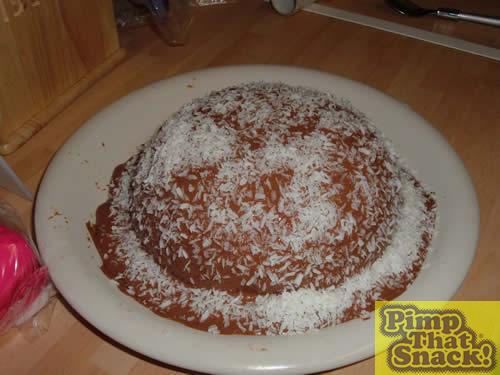 The finishing touch! The dessicated coconut was applied to the melted chocolate and left to cool. The excess chocolate was cut off while the chocolate was still soft to prevent cracking. 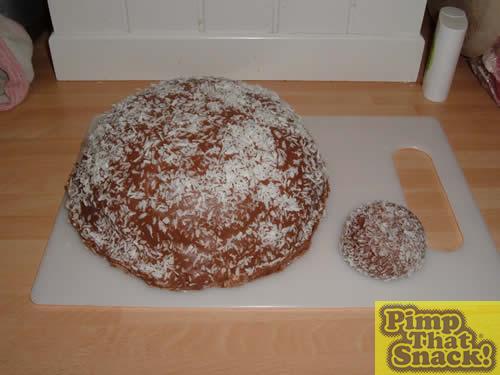 Here’s our beast next to a regular snowball. (Ours is the one on the left, naturally) 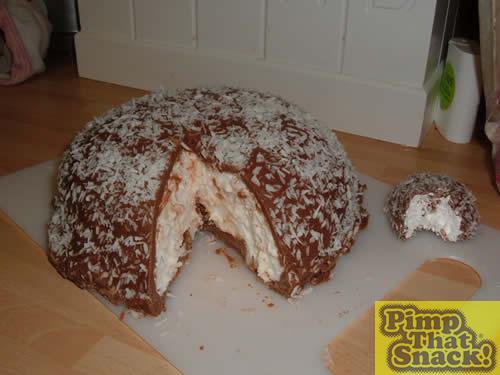 Looks delicious, doesn’t it? After testing the removed slice for myself, I can assure you that it is!