Essential to any double Decker connoisseur is the quality of the nougat
used. Two colour or ‘Swedish’ nougat rests at the lower end of the
acceptable scale being both the wrong flavour, colour consistency having
nuts in it and tasting rather like the cheap shite that it is. For this
pimp however, the only nougat available in sufficiently slab like
quantities was the of the Swedish persuasion.

Melting chocolate the old fashioned way. With a spoon. 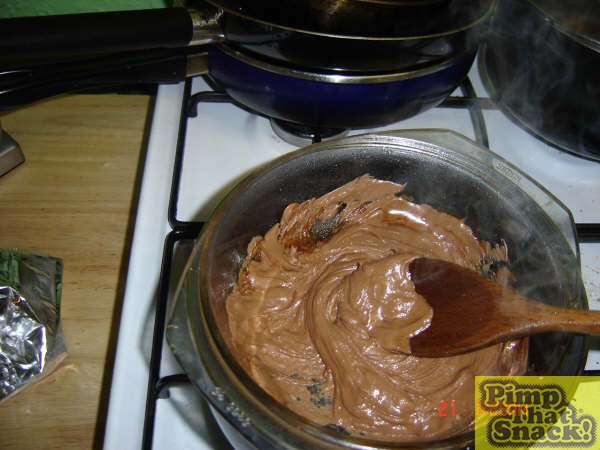 Having mixed the chocolate with a variety of crushed cereals we can see
that the DD is taking shape. Note that anyone unaware of what you are doing
may think the worst if they catch you washing your hands after this stage. A
joke about having just given the local vicar a ‘Dirty Sanchez’ may help
defuse the situation.

In order to compress the cereal several methods were employed before we
eventually decided to go with the old fashioned pile of bowls. Rejected
compression methods included the ‘fat-whap’ the fat dog, the fat Nan, the
midget and of course the fat Mexican immigrants arse (rejected for both
hygiene and industrial relation reasons).The experimental use of the latter compression method proved too much for
the DD. If this is to be your favoured method of compression, then might
I suggest that you pick up a non stick pan on the way to the inevitable
industrial tribunal.Testing is all important. My look of ecstasy hides the fact that this
tastes nothing like a double Decker. 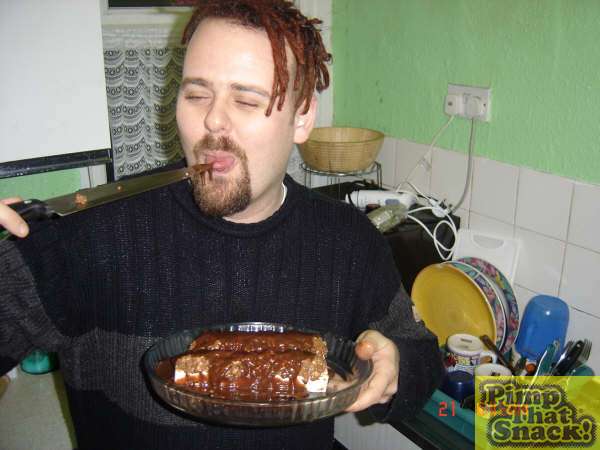 Now might be a good idea to run into the bathroom after your girlfriend
has just been in, deposit the DD in the bowl and then run back downstairs
saying, " Honey it just won’t flush!" Barring that I’d advise refrigerating
for about an hour till it sets.

Size is everything. Lacking any actual DD for comparison I opted for a
rolling pin. For those of you still unsure as to the size of my pimped DD ,
my head is of normal size and the rolling pin was about the same length as
a loaf of mighty white bread. 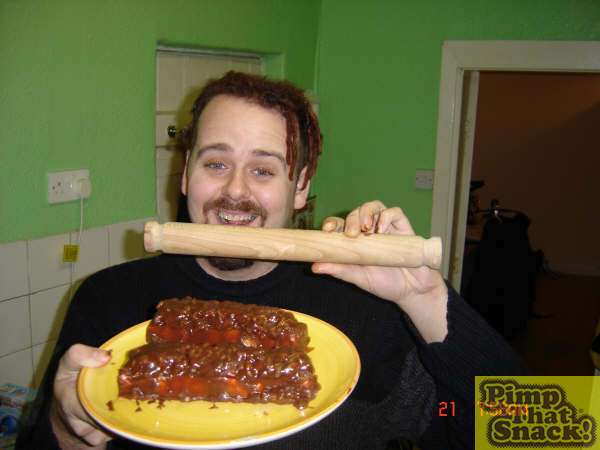 The finished article. Still not set after three hours and destined to be
reshaped and left on top of an unsuspecting butchers counter! 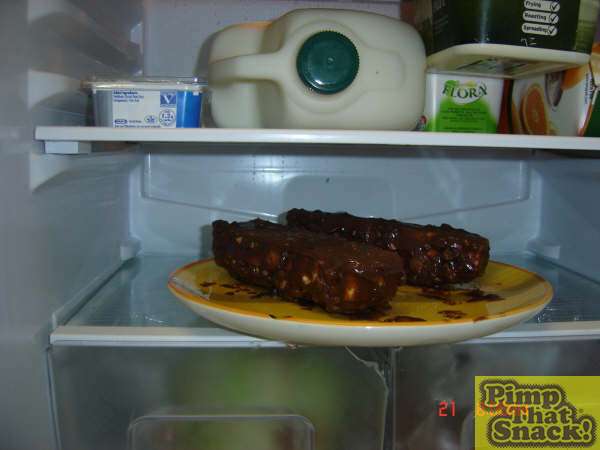